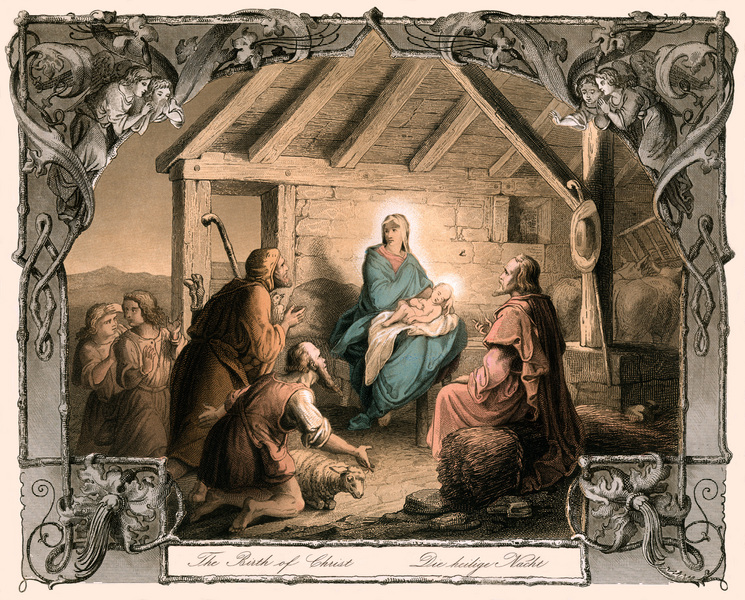 In those days a decree went out from Caesar Augustus that all the world should be registered. This was the first registration when Quirinius was governor of Syria. And all went to be registered, each to his own town. And Joseph also went up from Galilee, from the town of Nazareth, to Judea, to the city of David, which is called Bethlehem, because he was of the house and lineage of David, to be registered with Mary, his betrothed, who was with child. And while they were there, the time came for her to give birth. And she gave birth to her firstborn son and wrapped him in swaddling cloths and laid him in a manger, because there was no place for them in the inn (Luke 2:1-7, English Standard Version).

Have this mind among yourselves, which is yours in Christ Jesus, who, though he was in the form of God, did not count equality with God a thing to be grasped, but emptied himself, by taking the form of a servant, being born in the likeness of men. And being found in human form, he humbled himself by becoming obedient to the point of death, even death on a cross. Therefore God has highly exalted him and bestowed on him the name that is above every name, so that at the name of Jesus every knee should bow, in heaven and on earth and under the earth, and every tongue confess that Jesus Christ is Lord, to the glory of God the Father (Philippians 2:5-11).

May you find (or become closer to) the One who "emptied himself, by taking on the form of a servant, being born in the likeness of men" and was "laid in a manger, because there was no place for them in the inn." 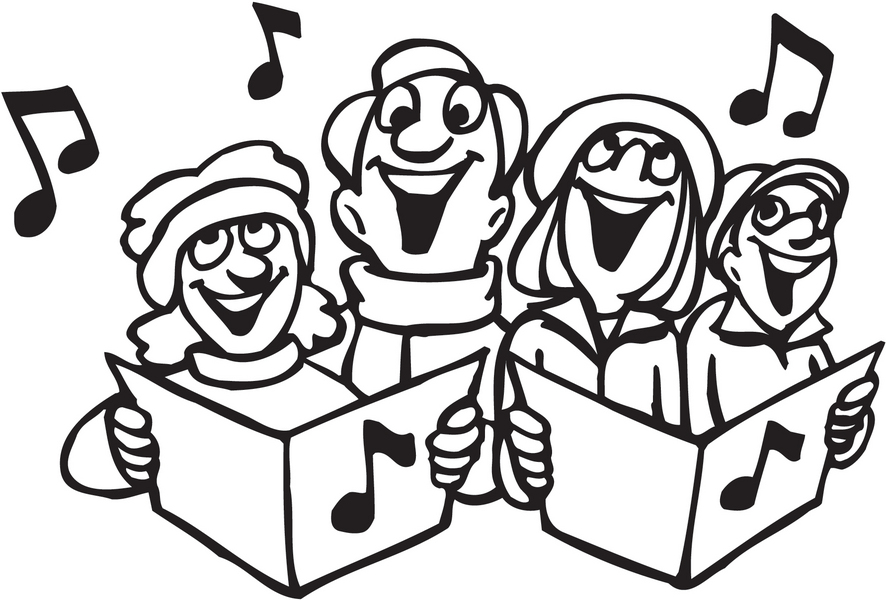 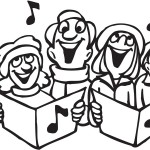 One of the things I love most about Thanksgiving is that I can stop being clandestine about playing Christmas music. 🙂

This year’s list is pretty much last year’s list because, sadly, no new Christmas albums came out in 2013 that interested me greatly. However, this has become an annual list…and I’ll sneak in a couple more MP3 collections you should consider getting (Amazon MP3 has developed an intriguing “The Christmas Classics Album” series)…

And, new to my collection this year is “The Classic Christmas Album” by Johnny Cash. I have to listen a bit before I decide it belongs in my “must haves.” 🙂

(I am a huge fan of Johnny Cash…but nobody gets a buy into my Christmas music list! :-))

A very Merry Christmas to you and yours!

P.S.  With Andy Williams, Nat King Cole, Bing Crosby, Frank Sinatra, and Elvis…you just need to find a good collection for the money.  With some of the other ones you’ll want to make sure you get the album I specifically listed…with a couple of them, not all their Christmas albums are good, especially if you like traditional arrangements as I do…

My beautiful wife Michelle turned me on to this bit of Christmas cheer: 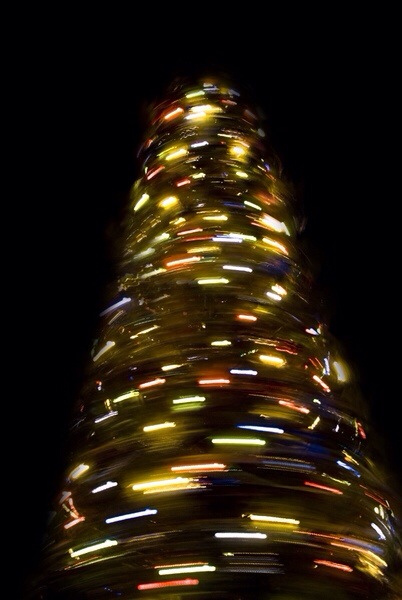 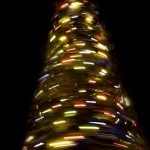 President Obama said Christmas is a time "we celebrate the birth of a child who came into the world with only a stable’s roof to shelter Him."

He also made this statement about Christmas: "It’s a message both timeless and universal — no matter what God you pray to, or if you pray to none at all."

Hmmm…contrast that with these words referencing the purpose of Jesus’ birth:

For God so loved the world, that he gave his only Son, that whoever believes in him should not perish but have eternal life. For God did not send his Son into the world to condemn the world, but in order that the world might be saved through him. Whoever believes in him is not condemned, but whoever does not believe is condemned already, because he has not believed in the name of the only Son of God. And this is the judgment: the light has come into the world, and people loved the darkness rather than the light because their works were evil (John 3:16-19, English Standard Version, emphasis mine).

That is a timeless message, but not at all universal… 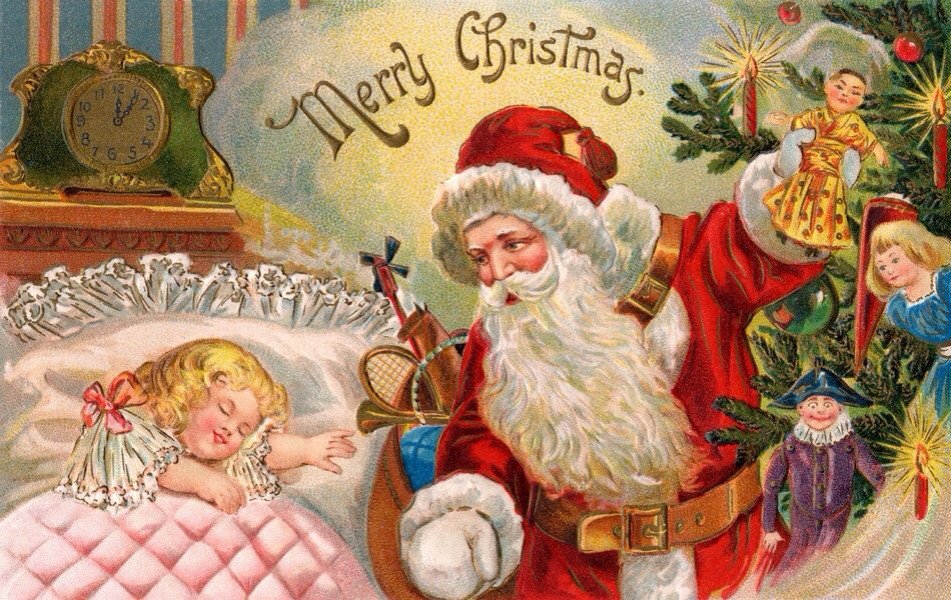 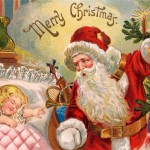 It’s the time of year where on one hand some Christians bemoan “the war on Christmas” while on the other hand others insist it is a sin to celebrate the holiday. Ignoring the first concern (at least for now), is it okay for those who follow Jesus to celebrate Christmas?

Instead of answering that directly, I recommend two resources. First, this article by the Christian Research Institute. It is level-headed and I agree with it. Second, please check out my sermon notes about celebrating Halloween—it’s principles are completely applicable to Christmas too.

Short version: yes, it is okay to celebrate Christmas…but, if you do, act like a Christian.

UPDATE: Here is R.C. Sproul’s take on this question: "Don’t Be a Scrooge This Christmas." 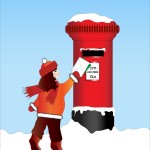 Although he hasn't taken me up on my offer to discuss it, I do not question that an argument can be made for not celebrating a holiday whose date (and some customs) have pagan connections. Additionally, I do think that certain aspects of the American Santa Claus tradition are problematic…but I'm not going to potentially start any firestorm here. 🙂

Luckily, the Bible allows for differing views on the holiday: END_OF_DOCUMENT_TOKEN_TO_BE_REPLACED 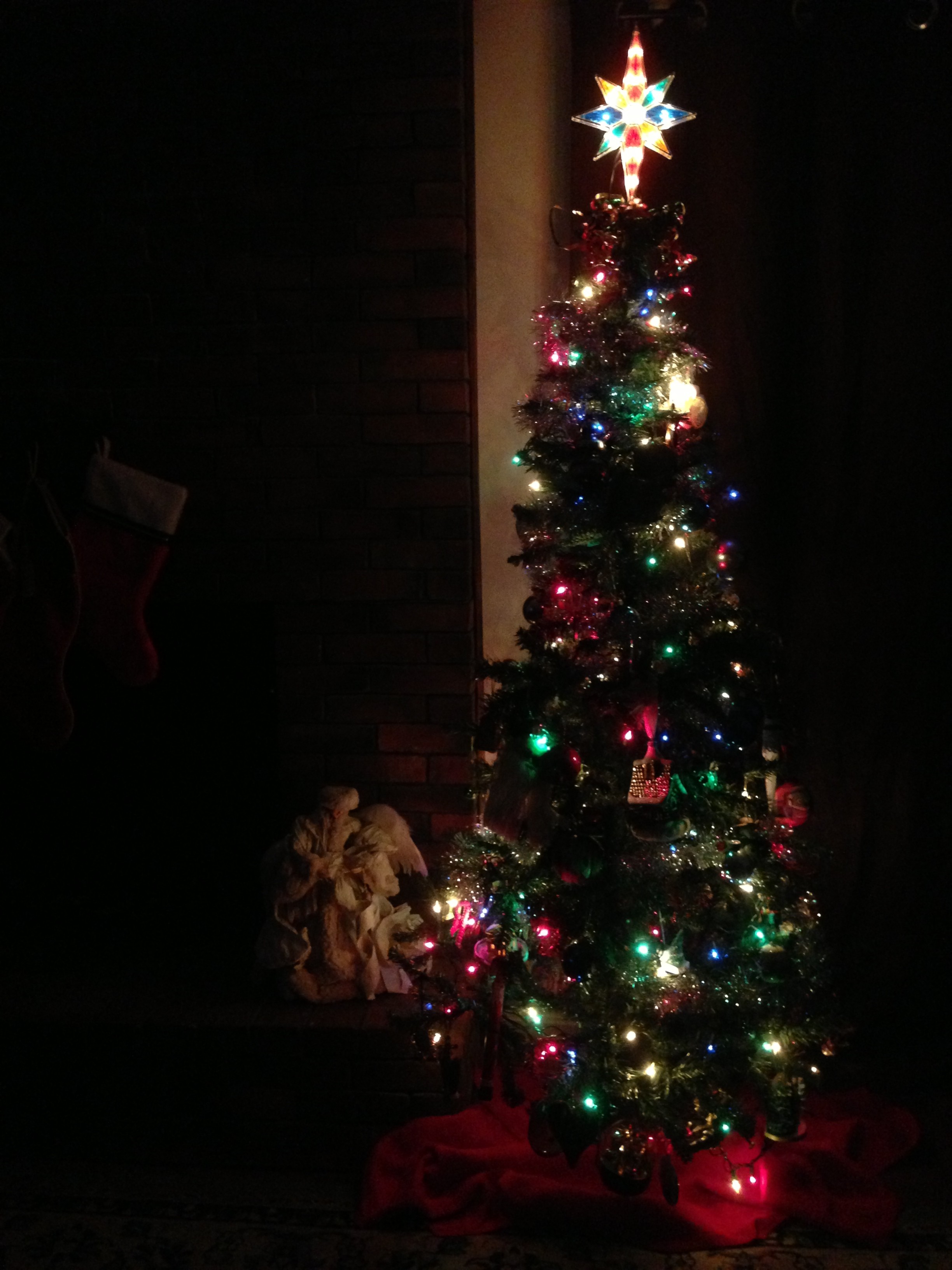 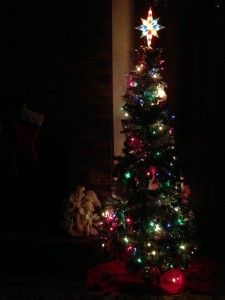 My list of Christmas album “must haves” are pretty much the same as last year. Let’s just say that…err…being under-employed means Ramen Noodles are a better purchase with a few bucks then even the most inexpensive Amazon MP3 download…although I have convinced my wife to at least let me spend a couple dollars. 🙂

A few non-“must haves”…but worth giving a listen (like Michael W. Smith, these four are all Christian artists…which you gotta admit makes sense given the “reason for the season”):

Now, I probably could have created a decently long list of honorable mentions if I didn’t limit it to what I bought this holiday season, so you may also want to see what Ella Fitzgerald, Martina McBride, Louis Armstrong, Carole King (isn’t she Jewish?), Amy Grant, The Jackson 5, Pink Martini, Andre Rieu, and Celine Dione have done.

Look past how we Christians have represented our Savior so badly over the ages and instead listen to the voice of One who is truly worthy of your worship…and not only at Christmas…but every day of the year.

Finally…a very Merry Christmas to you and yours…

P.S.  With Nat King Cole, Bing Crosby, Dean Martin, Frank Sinatra, and Elvis…you just need to find a good collection for the money.  With some of the other ones you’ll want to make sure you get the album I specifically listed…with a couple of them, not all their Christmas albums are good, especially if you like traditional arrangements as I do…

P.P.S.  The Christmas tree pictured in this post was decorated by none other than my awesome 5 year-old Augie and my beautiful wife Michelle…

In an article titled, "Mighty Mouse come down and save the day…," I mentioned how God provides us with little serendipities…and yesterday another one of those seemed to bless me. I was at one of the auto parts stores yesterday, looking for an additive to winterize my motorcycle's gas…and who do I run into in the store? The guy from R.C. Cycles who does the maintenance on my Harley…and who told me exactly what I should get in the back on the left in "Additives."

Now that sounds odd, doesn't it…that I'm saying that being laid off and being sick are somehow beneficial…?

But, if it weren't for both I would not have known the right thing to preach on today…or what my greatest spiritual need is.

I don't know about you, but after a week of being ill I feel pretty helpless…

I realize just how much I am in need of the One I preach about each week up here.

END_OF_DOCUMENT_TOKEN_TO_BE_REPLACED

As many of you know, I avoid creating sermons for holidays—they seem so perfunctory and repetitive. That, and I'm rebellious and stubborn at heart, so having the calendar implicitly tell me I must do something makes me want to do it all the less.

Now Halloween, which is a couple weeks away, isn't a holiday where there would be a sermon expectation—other than in very conservative churches where they might expect a "Don't do it!" talk to help keep their children from falling into the temptation of celebrating the Devil's holiday—selling their soul for a bunch of unhealthy foodstuffs that modern liberals consider so evil that they are trying to tax it and ban it from schools.

Hmmm…has Alan just shown his hand…and is about to say that those who celebrate Halloween are celebrating with Satan?

You'll just have to wait and see. 🙂

END_OF_DOCUMENT_TOKEN_TO_BE_REPLACED 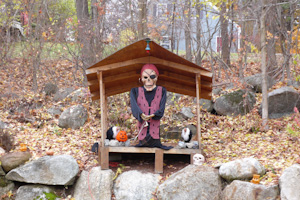 On a street quite familiar to those of us in Antrim who have needed medical or dental attention, there is a large outdoor crèche that helps bring a little Christ into Christmas during the holiday season–as it reminds us the Son of God, “God with us” (Matthew 1:23, ESV), “made himself nothing, taking the form of a servant, being born in the likeness of men” (Philippians 2:7). I cannot explain why, but I’ve always been partial to nativity sets—there is a peace and calm they project—the carol “Silent Night” comes to mind. And, as I ponder it more I think of another Christmas favorite, “Away in a Manger,” where we learn that “the little Lord Jesus laid down His sweet head” in a feeding trough because He had “no crib for His bed.” Perhaps the joy and warmth I experience listening to that piece is the same as was felt by “the stars in the bright sky” who “looked down where He lay” and saw “the little Lord Jesus asleep on the hay.” What a glorious sight!

END_OF_DOCUMENT_TOKEN_TO_BE_REPLACED 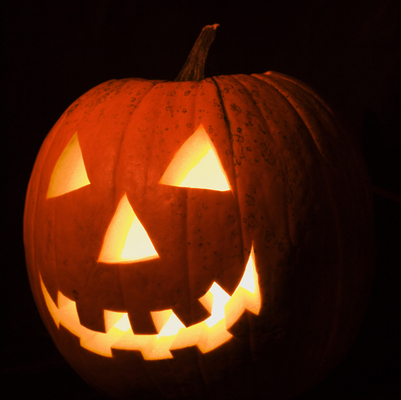 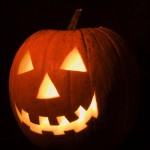 Should Christians celebrate Halloween? Travis Allen, Internet Ministry Manager for Grace to You, has an informative and thoughtful answer to that question in his article, “Christians and Halloween.” Although his punch line is that “ultimately, Christian participation in Halloween is a matter of conscience before God,” the article also shares some fairly surprising origins for some of our Halloween traditions (for instance, did you know that “bobbing for apples was one practice the pagans used to divine the spiritual world’s ‘blessings’ on a couple’s romance”?)

Personally, I tend to agree with Travis’ advice on the holiday, both in the “punch line” I shared above (see Romans 14:5, 23) and this:

There’s another option open to Christians: limited, non-compromising participation in Halloween. There’s nothing inherently evil about candy, costumes, or trick-or-treating in the neighborhood. In fact, all of that can provide a unique gospel opportunity with neighbors. Even handing out candy to neighborhood children–provided you’re not stingy–can improve your reputation among the kids. As long as the costumes are innocent and the behavior does not dishonor Christ, trick-or-treating can be used to further gospel interests.

What do you think…”trick or treat” or “avoid like the plague”?

P.S. In case you are interested, my sermon this past Sunday, “The Ghost and Mrs. Muir,” was about how Christians should view ghosts…