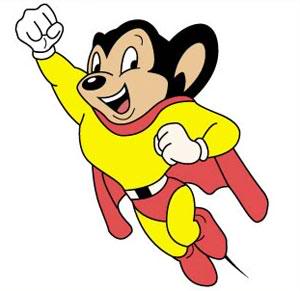 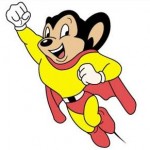 Today was day two of week two of my “Couch Potato to 5K” running program…and I’m somewhat embarrassed to admit that twenty minutes filled with repeating periods of jogging ninety seconds and walking two minutes is so exhausting for me–by the time I reach the final jogging cycle I’m pretty much spent. I was pleasantly surprised this morning, just as the last interval began, to have Tesla’s “Mighty Mouse” start playing through my headset. It’s a favorite song for both Michael and me, and was a perfect tune to provide motivation through that last painful minute and a half.

Was it luck? Coincidental timing?

God causing my iPhone’s shuffle mode to play the song I needed just as I needed it?

Perhaps that last suggestion seems a bit foolish–but haven’t you had similar serendipities? Ones that, at the time they occurred, led you to say, “Thank you Lord”?

I am always hesitant to attribute anything in my life to God–it seems so egotistical to think that the Most High, Lord of hosts, would be proactively stepping into my timeline. It’s not that I don’t think He’s involved…just that it seems so self-centered for me to assume any given event, especially trivial, warranted God’s attention.

I mean, this is the creator of the whole universe…the being who the Bible says “removes kings and sets up kings” (Daniel 2:21, ESV) and “rules over the nations” (Psalm 22:28). If, to Him, “the nations are like a drop from a bucket, and are accounted as the dust on scales” (Isaiah 40:15)–how much less important must you and I be!

As the late Paul Harvey used to say, “Now for the rest of the story.”

Even when our Lord seems far off…removed from our lives…how can we forget the Bible’s most famous verse?: “For God so loved the world, that he gave his only Son, that whoever believes in him should not perish but have eternal life” (John 3:16). And let’s not ignore the verse that immediately follows: “For God did not send his Son into the world to condemn the world, but in order that the world might be saved through him” (John 3:17).

“But,” you may say, “that just proves God loves us, not that He might have caused “Mighty Mouse” to play through your earbuds.”

Well, luckily the Father not only sent Jesus, He also had His Spirit inspire Bible writers to capture Christ’s words, including these:

Are not five sparrows sold for two pennies? And not one of them is forgotten before God. Why, even the hairs of your head are all numbered. Fear not; you are of more value than many sparrows (Luke 12:6-7).

No…I don’t think our Lord was messing with my morning jog’s playlist…but I do know that not a single sparrow is forgotten by God, and that He considers you and me of far more value than many of them. Something to consider the next time a friend calls you just when you need to hear a caring voice…you find a twenty dollar bill in a pair of pants when you are short on cash…or…well, you can fill in your list of “happy coincidences” better than me.

No Camille, I was not thinking of your Nana when I wrote “Seating All Rows, All Passengers”–but neither you nor your grandmother has ever been overlooked by God, and I suspect it wasn’t accidental that the idea for it popped into my head as I returned from another trip. God knew He was about to call Nana home…and He knew you would be strengthened by a reminder of the reunion in the clouds promised to her, to you, and to the rest of His elect. No…I don’t think it is a fluke that piece arrived in the bulletin the same weekend your Nana arrived in God’s arms. You…and she…and everyone reading this…are of so much more value than many sparrows.

2 thoughts on ““Mighty Mouse come down and save the day…””