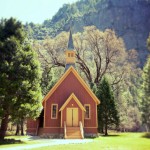 In it, I am going through Paul’s letter to the Colossians, not quite verse-by-verse…but letting the text lead the topics discussed, and trying to explain more difficult passages.

Below are the titles of the sermons (hopefully they’ll spark some interest), the dates they are due to be preached (the later ones may change), and a simple way to play them without leaving the page.

I preach live at 11AM Eastern very Sunday on Traditores Radio.

If tuning in live isn’t realistic, then you can listen by downloading the talks or subscribing to the podcast. Also, starting at 5PM the Sunday of a given talk, that week’s sermon is broadcast at 5PM, 7AM, and noon Eastern the week on Traditores Radio.

*Click on a sermon title to view the sermon notes (which also have inline players for the sermon audio).
**”Don’t Let an Earthquake Stop You” is the parting sermon I gave to the Antrim Church of Christ before I left for California.