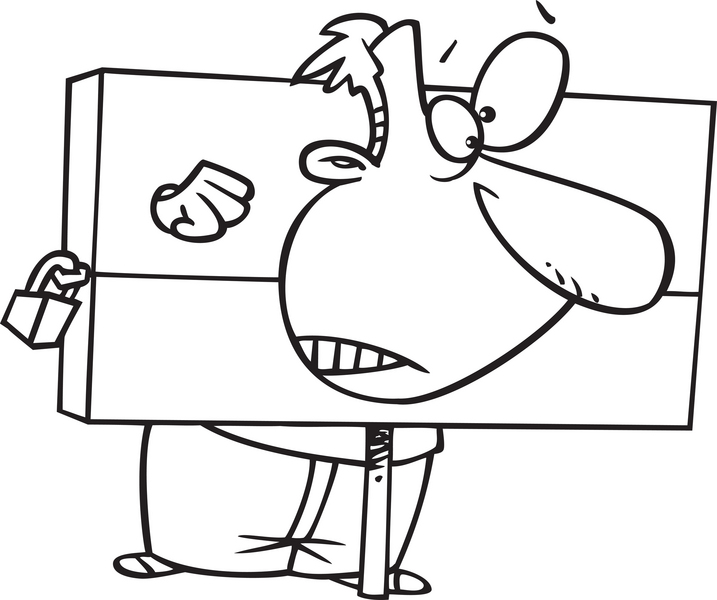 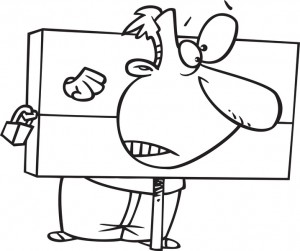 In yesterday’s post, “In Defense of Braxton (I.E. What I Think About Ergun Caner),” I stated:

However, I don’t think Christendom has come to terms with applying Matthew 18 in a Internet world where, it seems, pretty much everything we do is in public.

This is what I was referring to in the Book of Matthew:

“If your brother sins against you, go and tell him his fault, between you and him alone. If he listens to you, you have gained your brother. But if he does not listen, take one or two others along with you, that every charge may be established by the evidence of two or three witnesses. If he refuses to listen to them, tell it to the church. And if he refuses to listen even to the church, let him be to you as a Gentile and a tax collector” (Matthew 18:15-17, English Standard Version).

Of course, that’s not the only place Scripture discusses the how and when of church discipline:

But now I am writing to you not to associate with anyone who bears the name of brother if he is guilty of sexual immorality or greed, or is an idolater, reviler, drunkard, or swindler—not even to eat with such a one. 12 For what have I to do with judging outsiders? Is it not those inside the church whom you are to judge? 13 God judges those outside. “Purge the evil person from among you” (1 Corinthians 5:11-13, emphasis mine)

Now we command you, brothers, in the name of our Lord Jesus Christ, that you keep away from any brother who is walking in idleness and not in accord with the tradition that you received from us (2 Thessalonians 3:6).

If anyone does not obey what we say in this letter, take note of that person, and have nothing to do with him, that he may be ashamed (2 Thessalonians 3:14).

All Scripture is breathed out by God and profitable for teaching, for reproof, for correction, and for training in righteousness, 17 that the man of God may be complete, equipped for every good work (2 Timothy 3:16-17, emphasis mine).

As we have said before, so now I say again: If anyone is preaching to you a gospel contrary to the one you received, let him be accursed (Galatians 1:9).

It is actually reported that there is sexual immorality among you, and of a kind that is not tolerated even among pagans, for a man has his father’s wife. 2 And you are arrogant! Ought you not rather to mourn? Let him who has done this be removed from among you.

3 For though absent in body, I am present in spirit; and as if present, I have already pronounced judgment on the one who did such a thing. 4 When you are assembled in the name of the Lord Jesus and my spirit is present, with the power of our Lord Jesus, 5 you are to deliver this man to Satan for the destruction of the flesh, so that his spirit may be saved in the day of the Lord (1 Corinthians 5:1-5, emphasis mine).

When one of you has a grievance against another, does he dare go to law before the unrighteous instead of the saints? 2 Or do you not know that the saints will judge the world? And if the world is to be judged by you, are you incompetent to try trivial cases? 3 Do you not know that we are to judge angels? How much more, then, matters pertaining to this life! 4 So if you have such cases, why do you lay them before those who have no standing in the church? 5 I say this to your shame. Can it be that there is no one among you wise enough to settle a dispute between the brothers, 6 but brother goes to law against brother, and that before unbelievers? 7 To have lawsuits at all with one another is already a defeat for you. Why not rather suffer wrong? Why not rather be defrauded? 8 But you yourselves wrong and defraud—even your own brothers! (1 Corinthians 6:1-8).

Now, that list is not exhaustive (please take a look OpenBible.info’s “Church Discipline” scriptures) and doesn’t include important ones that weave mercy and love into the process (please review the verses listed in the “And Who Is My Brother?” sermon notes). The point of what I’ve quoted, however, is Matthew 18 is far from the only place that we are enjoined to discipline wayward brothers and sisters.

But every one of them is from the first century, where the closest thing to the Internet was Roman roads.

Just like the globe circling reach of the World Wide Web makes it easy for everyone to claim they’ve been sinned against in the context of Matthew 18, questions of standing with all the other verses gets fuzzy when Universal Church has no communication barriers to keep sins local (in visibility, repercussions, and, potentially, ecumenical discipline responsibility).

And I don’t have the definitive answer. All I can tell you is that the proliferation of discernment ministries, watch bloggers, and social media correct/rebuke mobs (and the approaches they often use) do not reflect other Christian principles.

Beyond the two pages I’ve linked above (please take the time to review them, especially the sermon notes), I’ll leave my advice today to these two scriptures:

14 If anyone does not obey what we say in this letter, take note of that person, and have nothing to do with him, that he may be ashamed. 15 Do not regard him as an enemy, but warn him as a brother (1 Thessalonians 3:14-15, emphasis mine).

If you were paying attention :-), you know I already provided the first verse…but note how the second sentence so radically changes its meaning…and the meaning of Jesus’ words captured by John:

Do not regard him as an enemy, but warn him as a brother.

As my sermon notes (at least implicitly) argue, your definition of “brother” or “sister” in a Christian context should not be more limited than God’s (and as the sermon notes definitely point out, the world…”all people” in John 13:35…see as all of us as Christians even if we personally would exclude huge swaths of Christendom and/or specific individuals).

We should not fool ourselves. No matter how often we may say that we are doing such-and-such “out of love,” our actions reveal the true spirit behind our discipline.

3 thoughts on “Church Discipline in the Internet Age”