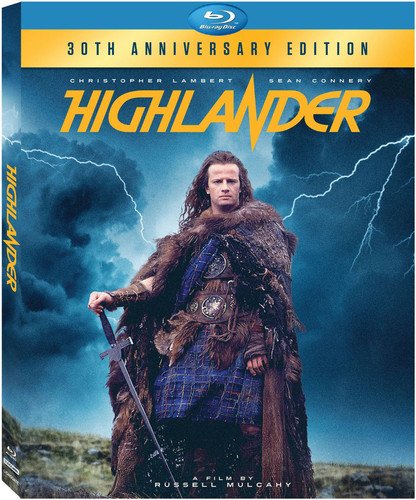 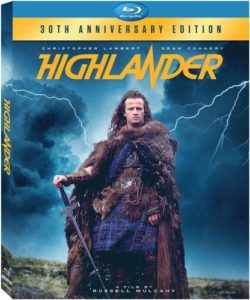 In Search of Connor MacLeod

Who is Connor MacLeod?

No…he’s not a real person…but a movie character. Connor MacLeod of the Clan MacLeod.

He’s the fictional hero in the sci-fi film, “The Highlander.” Beyond having one of the most awesome movie soundtracks of all time thanks to Queen, it has an interesting plot. There are these otherwise immortal beings who, if they kill each other, gain the power of the ones they killed.

And that transfer of power after death is quite…well…electrifying and explosive.

In the end…and Michelle you know this…“There can be only one.”

Spiritual “There can be only ones”

Today, we are going talk about three spiritual “there can be only ones.” I could provide more, but I believe these are the three most important, and I know you prefer not to spend your entire day listening to me preach. 🙂

There Can Be Only One God

The first spiritual “there can be only one” can be found in the very first verse of Scripture. Let’s turn together to Genesis 1:1:

In the beginning, God created the heavens and the earth.

Although the Hebrew word translated “God” in that verse is plural, it is not meant in the sense of multiple gods. As The English Standard Version Study Bible says:

Although the Hebrew word for “God,” ‘Elohim, is plural in form (possibly to express majesty), the verb “create” is singular, indicating that God is thought of as one being.

Thus, how many gods were involved in creation?

Only one. We believe in the Trinity…but not as three gods…but three persons in one God.

Spiritual “there can only be one” #1?

However, Genesis 1:1’s purpose wasn’t to make that true “there can be only one” statement clear. The beginning of The Ten Commandments, however, was:

20 And God spoke all these words, saying,

2 “I am the LORD your God, who brought you out of the land of Egypt, out of the house of slavery.

3 “You shall have no other gods before me.

4 “You shall not make for yourself a carved image, or any likeness of anything that is in heaven above, or that is in the earth beneath, or that is in the water under the earth. 5 You shall not bow down to them or serve them, for I the LORD your God am a jealous God, visiting the iniquity of the fathers on the children to the third and the fourth generation of those who hate me, 6 but showing steadfast love to thousands of those who love me and keep my commandments (Exodus 20:1-6).

How many gods can you have before God?

However, technically The Ten Commandments don’t say there are no other gods…just that none can be before our God. Does that leave an opening for other gods?

4  Their idols are silver and gold,

the work of human hands.

5  They have mouths, but do not speak;

eyes, but do not see.

noses, but do not smell.

feet, but do not walk;

and they do not make a sound in their throat.

so do all who trust in them.

But they can prevent us from worshiping the one and only true God. We become like the false gods we trust.

Do you want to worship something that is fake? That is a god in name only? That is powerless to do anything spiritually except be an impediment to eternal life?

I sure hope not. However, just in case…let’s look at two more references:

you grew fat, stout, and sleek;

then he forsook God who made him

and scoffed at the Rock of his salvation.

16  They stirred him to jealousy with strange gods;

with abominations they provoked him to anger.

17  They sacrificed to demons that were no gods,

to gods they had never known,

to new gods that had come recently,

whom your fathers had never dreaded.

18  You were unmindful of the Rock that bore you,

19 What do I imply then? That food offered to idols is anything, or that an idol is anything? 20 No, I imply that what pagans sacrifice they offer to demons and not to God. I do not want you to be participants with demons. 21 You cannot drink the cup of the Lord and the cup of demons. You cannot partake of the table of the Lord and the table of demons. 22 Shall we provoke the Lord to jealousy? Are we stronger than he? (1 Corinthians 10:19-22).

When you worship “strange gods” (that is, gods other than the real God)…

When you worship idols…

Who are you worshiping?

Do you want to worship demons instead?

Final comment before we go onto our next spiritual “there can be only one.”

Clearly, when we say, “There can be only one God,” it is in a specific context. Your “gods” are whatever you worship…whatever you put before the true God. But, in reality…

If you want to be saved, there can be only one God…and…in reality…

There is only one God.

All others are false and will lead you into damnation.

There Can Be Only One Bible

As for my second spiritual “there can be only one,” we’ve implicitly recognized it by where we have gone to find our first one.

You didn’t go to a newspaper.

You didn’t go to just any book.

You didn’t just trust my statements because I am a minister with a religion degree.

You went to the Bible. Let’s do that again…reading three references together to save a little time:

16 All Scripture is breathed out by God and profitable for teaching, for reproof, for correction, and for training in righteousness, 17 that the man of God may be complete, equipped for every good work (2 Timothy 3:16-17).

And we have the prophetic word more fully confirmed, to which you will do well to pay attention as to a lamp shining in a dark place, until the day dawns and the morning star rises in your hearts, 20 knowing this first of all, that no prophecy of Scripture comes from someone’s own interpretation. 21 For no prophecy was ever produced by the will of man, but men spoke from God as they were carried along by the Holy Spirit (2 Peter 1:19-21).

29 But Jesus answered them, “You are wrong, because you know neither the Scriptures nor the power of God (Matthew 22:29).

What is our second spiritual “there can be only one”?

Although truth can be found elsewhere, the only sure truth is contained in Scripture…and the only Scripture is the Bible.

Every claim of moral or spiritual truth needs to be compared to it. If the Bible confirms it, it’s true. If the Bible does not clearly say either way, it may be true…but we cannot teach it as absolute truth…and should always make the difference clear.

Not only that, but we should reject anyone and anything that claims divine revelation that contradicts the Bible.

And almost always reject anyone who claims divine revelation outside of what is found in Scripture…even if it doesn’t contradict it.

I say, “Almost always,” because the Bible does not say the Almighty will never inspire anyone like the days of old. If anything, there are indications it will happen in the end days. However, you should be extremely skeptical. Extremely skeptical. And my guess is that someone who claims to be divinely inspired will sooner or later posit divine inspiration that contradicts the Bible…which will prove they are a damnable charlatan.

There Can Be Only One Savior

Ready for the third and final spiritual “there can be only one”?

6 Jesus said to him, “I am the way, and the truth, and the life. No one comes to the Father except through me. 7 If you had known me, you would have known my Father also. From now on you do know him and have seen him.”

8 Then Peter, filled with the Holy Spirit, said to them, “Rulers of the people and elders, 9 if we are being examined today concerning a good deed done to a crippled man, by what means this man has been healed, 10 let it be known to all of you and to all the people of Israel that by the name of Jesus Christ of Nazareth, whom you crucified, whom God raised from the dead—by him this man is standing before you well. 11 This Jesus is the stone that was rejected by you, the builders, which has become the cornerstone. 12 And there is salvation in no one else, for there is no other name under heaven given among men by which we must be saved.”

Who is the Way?

Under what name is the only one given men by which we must be saved?

That one God inspired all the pages of the Bible.

That one Bible testifies about Jesus Christ, our Messiah.

Jesus is the Savior.

Jesus is a Person in the one God.

Jesus confirmed the only Bible throughout his ministry, and it confirms He is what He claimed, which is that…

Jesus is the Savior.