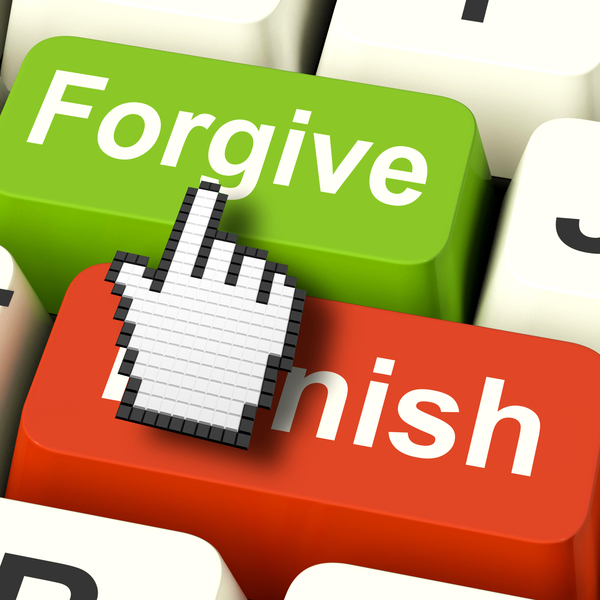 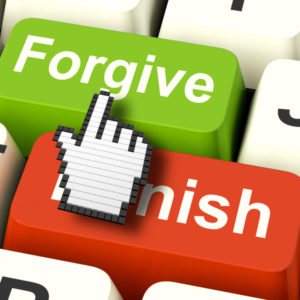 Anyone familiar with Kevin Hart and the Oscars?

Short version is that the comedian, Kevin Hart, was chosen to host the Oscars this year. Some folks looked through his Twitter history and found some old jokes that could be taken negatively against homosexuals. Tweets from back from 2009 to 2011.

Do you think that was enough?

Of course not. At a minimum, many wanted to extract significant penance from him. A simple lashing wasn’t enough.

I suspect whole bunch of others basically consider it an unforgivable sin, whether they consciously recognize that or not.

His genuine repentance for his comments weren’t satisfactory.

And, of course, his is but a small example of what social media doles out every day. Say something bad, or that can be interpreted as bad, in your online presence and that could be it…the mob will attack and, given the opportunity, will take anything and everything that can from you.

It doesn’t matter how many years ago it was.

It doesn’t matter how young and immature you were.

It doesn’t matter if you have genuinely apologized.

Your sins are unforgivable, especially if they offend modern social justice warrior sensibilities.

Today, I am going to share three principles of forgiveness we need to remember, starting with one from Luke 17:3-4:

Does this say, “If your brother sins, rebuke him, and if he repents to your satisfaction, forgive him?”

12 Put on then, as God’s chosen ones, holy and beloved, compassionate hearts, kindness, humility, meekness, and patience, 13 bearing with one another and, if one has a complaint against another, forgiving each other; as the Lord has forgiven you, so you also must forgive.

Does it say, “As the Lord have forgiven you, so you also should forgive”?

Principle #1 for forgiveness in a social media age: When someone says they’re sorry, you must forgive them.

Now, don’t get me wrong…if their “I’m sorry” is clearly a scam, like the many modern forms of a modern “non-apology apology,” you don’t have to accept it. However, if you have no good reason to question their genuineness, then you must forgive them.

When someone says they’re sorry, you must forgive them.

So, if someone says something stupid on Twitter…or Facebook…or Instagram…or some other social media platform, realize it, and ask for forgiveness…what must you do?

I am not going to spend much time on it, because I don’t want to muddy the waters in what is clear about forgiveness…but someone might naturally ask, “Do I have to forgive someone if they haven’t apologized?” An article I read this morning as I was proofreading this sermon, “Should I Forgive Someone Who’s Not Sorry They Sinned? (A Transcript),” divided the attitude of forgiveness from the act of forgiveness, with the latter being what we are discussing here. For the former, they referred to Mark 11:25. We’ll read from versus 20-25 in Mark 11:

20 As they passed by in the morning, they saw the fig tree withered away to its roots. 21 And Peter remembered and said to him, “Rabbi, look! The fig tree that you cursed has withered.” 22 And Jesus answered them, “Have faith in God. 23 Truly, I say to you, whoever says to this mountain, ‘Be taken up and thrown into the sea,’ and does not doubt in his heart, but believes that what he says will come to pass, it will be done for him. 24 Therefore I tell you, whatever you ask in prayer, believe that you have received it, and it will be yours. 25 And whenever you stand praying, forgive, if you have anything against anyone, so that your Father also who is in heaven may forgive you your trespasses” (Mark 11:20-25).

Mark 11:25 does not seem to require an apology for forgiveness…”If you have anything against anyone”…but we know that our forgiveness from God required (and requires) repentance. So, maybe the article had a point when it went on and said we should always have an attitude of forgiveness, but before we publicly forgive someone, we should wait for their “I’m sorry.” Let’s keep that in mind as we continue…

And, as we continue, those verses we originally read in Luke touched on the second principle for forgiveness in a social media age, but before I say it, let’s read about it a second time in Matthew 18:21-22:

21 Then Peter came up and said to him, “Lord, how often will my brother sin against me, and I forgive him? As many as seven times?” 22 Jesus said to him, “I do not say to you seven times, but seventy-seven times.

Are you off the hook if you forgive them the first time? The next time they prove they are a truly “evil” person, and you don’t have to cut them any more slack?

Principle #2 for forgiveness in a social media age: You must continue to forgive people even if they keep messing up.

Jesus wasn’t setting some maximum…so that when somebody blows it the 491 time you no longer have to forgive them. He was saying there is no limit to the number of times you must forgive.

You must continue to forgive people even if they keep messing up.

Okay, for our third and final principle of forgiveness in a social media age, let’s read a couple separate references.

If you don’t forgive others, will you be forgiven?

Principle #3 for forgiveness in a social media age?

If you do not forgive others, you will not be forgiven.

One would hope that the fact that God says that you should forgive would be enough, but just in case some folks just don’t get the point…hopefully, this stark reality will scare them into getting their act together.

Unforgiving people will not be forgiven.

The Holy Spirit changes saved people. We are slowly changed into the image of the One who forgave us…who saved us As such, we forgive as their Lord does. If we have people we are unwilling to forgive, then there is a decent chance we haven’t been changed and that we aren’t saved. If you are unforgiving, your true Lord is unforgiving. That Lord is not Jesus.

If you do not forgive other, you will not be forgiven.

Well, there you have it, our three simple principles for forgiveness in a social media age:

However, before we go, let’s look at something Jesus said in the upper room with His disciples:

26 Now as they were eating, Jesus took bread, and after blessing it broke it and gave it to the disciples, and said, “Take, eat; this is my body.” 27 And he took a cup, and when he had given thanks he gave it to them, saying, “Drink of it, all of you, 28 for this is my blood of the covenant, which is poured out for many for the forgiveness of sins. 29 I tell you I will not drink again of this fruit of the vine until that day when I drink it new with you in my Father’s kingdom” (Matthew 26:26—29).

Our forgiveness was extremely costly…

Jesus did not “hold back” to provide us that costly forgiveness.

Forgiveness on our part costs nothing, so what is our excuse for not forgiving as He has forgiven us? For holding back our forgiveness of those who have wronged us.

We have no excuse.

Normally, I would stop here, but I wanted to wrap up with an excerpt from Amy Hollingsworth’s book, The Simple Faith of Mister Rogers: Spiritual Insights from the World’s Most Beloved Neighbor:

Fred told me during our first meeting, “I’ll never forget one time, and this was in [Dr. Orr’s] latest years in the nursing home. Joanne and I used to visit him every Sunday in the nursing home.” (A fellow seminary graduate once noted that Fred’s faithful visits with Dr. Orr were typical of his “pastoral sensitivity.”) “And we had just sung ‘A Mighty Fortress Is Our God’ at the service, and I just wanted so much to ask him this question. “I said, ‘Dr. Orr, you know in that verse, it says something about—how does it go?—”The prince of darkness grim, we tremble not for him,” and then it goes on, and then at the very end of that verse it says, “One little word shall fell him.”‘ “I said, ‘Dr. Orr, what is that one little word that would wipe out the prince of darkness, fell him?’ “He thought for a moment, and said, ‘Forgiveness. Father, forgive them for they know not what they do.’ He said, ‘You know, Fred, there is one thing that evil cannot stand, and that’s forgiveness.’ That’s meant the world to me.” “And you’ve been able to pass that on to others,” I offered. He sighed deeply. “It’s one of the toughest things in the world when somebody has hurt you, and you can find within yourself the strength to begin the whole process of forgiveness. And it turns out to be the gift to you, not so much the gift to the person you’re forgiving.” “And that’s the mercy of God, too . . .” “Absolutely,” he agreed, and his eyes filled with tears. “. . . that it reaches to both people.”

Be like Jesus…and Mister Rogers…during this social media age.

2 thoughts on “Forgiveness in a Social Media World”