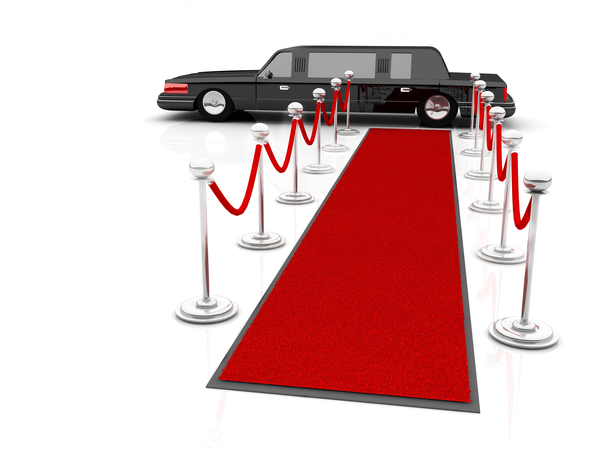 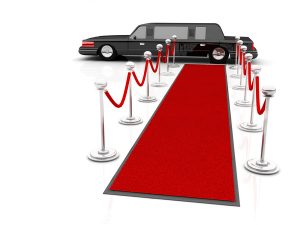 There are over 7 billion people on our planet.

What percentage, when they wake up, do you believe think to themselves, “Today is the day I am going to die”?

If you aren’t a soldier heading into a hopeless battle, on death row and today is your execution, or are at the end of a fight with a life-ending illness…

Or going to be involved in some other terminal endeavor…

It is very unlikely that that thought enters you mind. We are programmed, I believe by God, to cling to living…so we generally avoid situation that might lead to our demise.

Instead, we climb out of bed each morning fully expecting to go to sleep that night, the next night, and so on. We may not be looking forward to any given day…but, good or bad, we expect to see the end of it.

About two weeks ago, 20 people in New York almost assuredly expected to see the end of the day, and most of them were expecting an awesome experience. From the New York Times:

Axel Steenburg had been planning a birthday party for his wife, Amy, for a while. But the ever excitable Mr. Steenburg was notoriously bad at keeping secrets and, somehow, she found out.

“He would try to hide it from you and then you would see him biting his cheek. It was so obvious,” his mother, Janet Steenburg, said. “And then he would say, ‘You’re not going to believe what I have for you.'”

Mr. Steenburg coordinated a passel of friends through a group chat, arranging for a tour and tasting at a popular upstate brewery and renting a party bus to make sure that anyone drinking would not be driving. He even set aside two spare bedrooms in his home in Amsterdam, N.Y., a small city northwest of Albany, in case someone was not sober enough to drive home. But the bus broke down before picking them up, so he booked whatever he could find at the last-minute: a white stretch limousine.

Behind the wheel of the 2001 limousine was a husband holding down a part-time job as a driver for a company whose vehicles made him worry for his safety.

About 25 miles to the south, a professor and his father-in-law were out celebrating a family wedding and pulled over at a roadside country store to take a break from driving.

Their lives were cut short in a violent limousine crash in Schoharie, N.Y., this month, that has left in its wake a collection of mourning families, a clutch of young orphans and state and federal officials trying to piece together what went wrong.1

A devastating loss. The 17 celebrants were ages 24 to 34. Amy was one of four sisters in a single family that died in the accident.2 Axel and Amy were one of two sets of newlyweds in the limo.3

They all had reason to look forward to that day…and a long, remaining life.

You Never Know When

I only will posit two major points in this sermon, but before I do I want to make something very, very clear.

Nothing in this talk is commentary about those 20 victims. (And yes, “victims” is likely the correct word…the limo company’s son has been charged with criminally negligent homicide.) I don’t know the state of any of their souls, whether what they planned on doing that day would cross into sinful, and so on.

All I do know is that they, unexpectedly, are no longer with us.

13 Someone in the crowd said to him, “Teacher, tell my brother to divide the inheritance with me.” 14 But he said to him, “Man, who made me a judge or arbitrator over you?” 15 And he said to them, “Take care, and be on your guard against all covetousness, for one’s life does not consist in the abundance of his possessions.” 16 And he told them a parable, saying, “The land of a rich man produced plentifully, 17 and he thought to himself, ‘What shall I do, for I have nowhere to store my crops?’ 18 And he said, ‘I will do this: I will tear down my barns and build larger ones, and there I will store all my grain and my goods. 19 And I will say to my soul, “Soul, you have ample goods laid up for many years; relax, eat, drink, be merry.” ‘ 20 But God said to him, ‘Fool! This night your soul is required of you, and the things you have prepared, whose will they be?’ 21 So is the one who lays up treasure for himself and is not rich toward God.”

Although the major point of that parable is having the right priorities, what else can we learn from it?

That, at any time, our soul can be required of us. That we can wake up in the morning, climb on a limo later in the day, and never see the evening. I’d suggest that the vast majority of those occurrences are just natural consequences of humans handing this world over to the devil by choosing to sin…rather than God proactively finishing us off…but the result isn’t any different.

Every breath we take may be our last. James has some additional insight on how that should make us behave:

13 Come now, you who say, “Today or tomorrow we will go into such and such a town and spend a year there and trade and make a profit”— 14 yet you do not know what tomorrow will bring. What is your life? For you are a mist that appears for a little time and then vanishes. 15 Instead you ought to say, “If the Lord wills, we will live and do this or that.” 16 As it is, you boast in your arrogance. All such boasting is evil. 17 So whoever knows the right thing to do and fails to do it, for him it is sin (James 4:13-17).

Again, although the major point of this passage is about something else…its secondary point is pretty obvious:

You cannot depend on seeing tomorrow.

Speaking of major points, I said I wanted to make two. That’s the first one:

You cannot depend on seeing tomorrow.

With that in mind, how many here have heard the advice, “Live life like there is no tomorrow”?

One could argue, based on the scriptures we just read, it is. However, when you hear “live life like there is no tomorrow,” is its context a godly one? Or is it more like, “Don’t put off having fun”? Hedonism.

And, if you think of it, although it is great to be aware that the next second might be our last, does the potential close proximity of our heart stopping have anything to do with how we should act? Does Romans 12:1-2 only apply in the last 24 hours?:

12 I appeal to you therefore, brothers, by the mercies of God, to present your bodies as a living sacrifice, holy and acceptable to God, which is your spiritual worship. 2 Do not be conformed to this world, but be transformed by the renewal of your mind, that by testing you may discern what is the will of God, what is good and acceptable and perfect.

No…those two verses apply whether we have 100 year or 100 nanoseconds to live. However, my second major point of this sermon is willing to stipulate the wisdom in properly applying “live life like there is no tomorrow.” I’m going to state it like this:

You cannot depend on seeing tomorrow. Live like it.

Or perhaps I should have said:

You cannot depend on seeing tomorrow. Live like you are going to be before the judgment seat of God tonight.

A couple more thoughts before we wrap up…the last more important than the former.

Don’t Have Holes in Your Underwear

When I was growing up sometimes the idea would come up that if you were going to die, you didn’t want to be wearing underwear with holes in it. That makes sense, doesn’t it? I mean, being dead and all you won’t care then, but thinking about it now…you don’t want to be embarrassed and remembered for the horrible state of your underwear because you haven’t done wash for two weeks and you are running out of clothes…do you?

Taking it more seriously, what situation do you want to be in when you die? Clearly, you don’t want to be in the middle of sinning…e.g. have a heart attack while committing adultery…but what about otherwise? As a Christian, would you like to die at a normal, modern bachelor’s party where there is too much drinking and, very possible, pornography being shown?

What would that do to your Christian witness?

I’ll be honest with you…two nights ago I went to a concert at Herman’s Hideaway to meet up with a friend who is a band manager. The headlining act was Drowning Pool, and I’ll be up front and say I’m glad God didn’t call me home in the middle of them playing, “We Are the Devil.” Now, I didn’t know they even did a song like that (I wasn’t familiar with the group), but how would it look if your minister had his heart attack up-front in a club where most are drunk or at least buzzed?

I am not saying that I was wrong for going…but I will be doing some soul-searching.

Major point #2 is you cannot depend on seeing tomorrow, live like it. #2 sub-point “a” is….

When you die, make sure you aren’t wearing underwear with holes in it. Metaphorically.

Are we save or lost based on our actions?

8 For by grace you have been saved through faith. And this is not your own doing; it is the gift of God, 9 not a result of works, so that no one may boast (Ephesians 2:8-9).

We are saved by faith…faith in Jesus specifically. So, if a Christian dies in the middle of sinning, that doesn’t mean they are damned.

Unless that sin is an outcome of an unsaved state…in which case they weren’t really a Christian anyway.

Major point 2, sub-point “b”: It is important to remember that no matter when or how you die, only one thing matters.

Let me repeat that.

No matter when or how you die, only one thing matters.

But as we praise God for that fact…let me close reading that selection in Ephesians one more time with an additional verse:

8 For by grace you have been saved through faith. And this is not your own doing; it is the gift of God, 9 not a result of works, so that no one may boast. 10 For we are his workmanship, created in Christ Jesus for good works, which God prepared beforehand, that we should walk in them (Ephesians 2:8-10, emphasis mine).