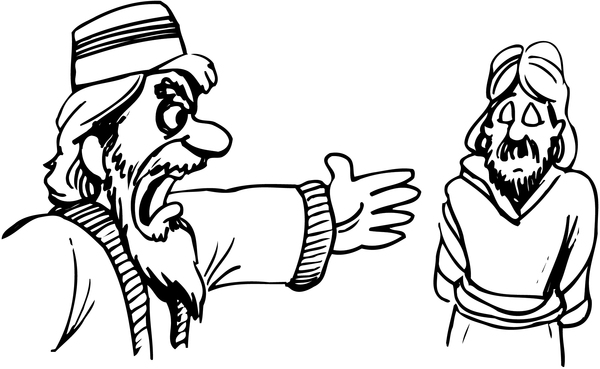 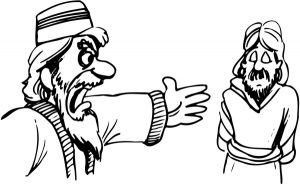 If you are on social media and you see the acronym, TDS, what does it mean?

Now…don’t worry…this is not going to be a political sermon. However, Trump Derangement Syndrome came to mind after I recently read the story of Lazarus. However, before we review a portion of that…

What is Trump Derangement Syndrome?

My definition would be disliking Trump, his behavior, and/or his policies so extremely you are unable to to properly judge him (or anyone associated with him) rightly, you frequently overreact, and you often behave in a way that would not be socially acceptable if directed toward anyone else.

Basically, TDS turns over control of the brain and body from reason and intellect to emotion.

Now…just because someone says something against Trump, his administration, or one of his supporters does not mean they are exhibiting Trump Derangement Syndrome…and labeling it as such can be unfairly used as a bludgeon. However, some people truly have gone off the deep end when it comes to their hate of Trump.

I mentioned that the story of Lazarus reminded me of Trump Derangement Syndrome. I wouldn’t blame you if you scratched your head at that comment, so let’s join the narrative about that incident to see if I can clear things up. We join the story after Jesus has incredibly (and supernaturally) raised Lazarus from the dead.

45 Many of the Jews therefore, who had come with Mary and had seen what he did, believed in him, 46 but some of them went to the Pharisees and told them what Jesus had done. 47 So the chief priests and the Pharisees gathered the council and said, “What are we to do? For this man performs many signs. 48 If we let him go on like this, everyone will believe in him, and the Romans will come and take away both our place and our nation.” 49 But one of them, Caiaphas, who was high priest that year, said to them, “You know nothing at all. 50 Nor do you understand that it is better for you that one man should die for the people, not that the whole nation should perish.” 51 He did not say this of his own accord, but being high priest that year he prophesied that Jesus would die for the nation, 52 and not for the nation only, but also to gather into one the children of God who are scattered abroad. 53 So from that day on they made plans to put him to death (John 11:45-53).

What did the last verse say?

“So from that day on they made plans to put him to death.”

For what?! What horrible thing did Jesus do?

He brought a man back to life.

Okay…at this point I need to stop to make something very clear.

Let me repeat that. Trump deserves much of the negativity directed at him.

But, I think a modern example of people turning off intellect and reason and jacking up emotion can help us understand just how ridiculous it was back when they did the same with Jesus.

And, of course, the ridiculously wrong reaction to Lazarus’ healing was far from the only time Jesus Derangement Syndrome kicked in. Another example was around Jesus healing on the Sabbath. Let’s look at John 5:16-18:

16 And this was why the Jews were persecuting Jesus, because he was doing these things on the Sabbath. 17 But Jesus answered them, “My Father is working until now, and I am working.”

18 This was why the Jews were seeking all the more to kill him, because not only was he breaking the Sabbath, but he was even calling God his own Father, making himself equal with God.

First century Jewish leadership got very cranky with Jesus healing on the Sabbath. They wanted to murder Jesus because of it.

Not convinced? Thinking to yourself that it was really only because Jesus made “himself equal with God”?

9 He went on from there and entered their synagogue. 10 And a man was there with a withered hand. And they asked him, “Is it lawful to heal on the Sabbath?”—so that they might accuse him. 11 He said to them, “Which one of you who has a sheep, if it falls into a pit on the Sabbath, will not take hold of it and lift it out? 12 Of how much more value is a man than a sheep! So it is lawful to do good on the Sabbath.” 13 Then he said to the man, “Stretch out your hand.” And the man stretched it out, and it was restored, healthy like the other. 14 But the Pharisees went out and conspired against him, how to destroy him.

All Jesus did was heal a guy’s hand on the Sabbath and how did the Pharisees react?

Jesus Derangement Syndrome: “the Pharisees went out and conspired against him, how to destroy him.”

Where the Pharisees right in their judgment of Jesus? Even if they were correct, and Jesus should have waited until sundown to fix the man’s hand, was their reaction one of reason and intellect?

No. They wanted to kill him for it! Of course, the Lord of the Sabbath wasn’t wrong anyway.

Interestingly enough, when Mark shares this situation, it shows someone else getting angry too:

3 Again he entered the synagogue, and a man was there with a withered hand. 2 And they watched Jesus, to see whether he would heal him on the Sabbath, so that they might accuse him. 3 And he said to the man with the withered hand, “Come here.” 4 And he said to them, “Is it lawful on the Sabbath to do good or to do harm, to save life or to kill?” But they were silent. 5 And he looked around at them with anger, grieved at their hardness of heart, and said to the man, “Stretch out your hand.” He stretched it out, and his hand was restored. 6 The Pharisees went out and immediately held counsel with the Herodians against him, how to destroy him (Mark 3:1-6).

Did Jesus have Pharisees Derangement Syndrome, or was his anger reasonable?

It was completely reasonable…so “anger” and “Derangement Syndrome” are not synonymous. Although I don’t think humans have it often, there is such thing as righteous anger.

To keep today’s sermon short, I’m not going to continue with cases where people would go bonkers for no good reason at Jesus, but I want everyone to remember that although Jesus was 100% sinless…and on earth to help them out at the cost of His own life…they wanted to kill him, accused him of being in league with the devil, and ultimately…

13 Pilate then called together the chief priests and the rulers and the people, 14 and said to them, “You brought me this man as one who was misleading the people. And after examining him before you, behold, I did not find this man guilty of any of your charges against him. 15 Neither did Herod, for he sent him back to us. Look, nothing deserving death has been done by him. 16 I will therefore punish and release him.”

18 But they all cried out together, “Away with this man, and release to us Barabbas”— 19 a man who had been thrown into prison for an insurrection started in the city and for murder. 20 Pilate addressed them once more, desiring to release Jesus, 21 but they kept shouting, “Crucify, crucify him!” 22 A third time he said to them, “Why? What evil has he done? I have found in him no guilt deserving death. I will therefore punish and release him.” 23 But they were urgent, demanding with loud cries that he should be crucified. And their voices prevailed. 24 So Pilate decided that their demand should be granted (Luke 23:13-24).

Ultimately the Pharisees and other Jewish leaders got what they wanted…the emotion-driven “Crucify, crucify him!” crowd got what they demanded…

And the sinless Lamb of God was crucified between two thieves.

What does this all mean for you?

For no reason, the world hated Jesus. As a follower of the Son of God, they will hate you too.

If they persecuted Jesus, they will persecute you.

16 “I have said all these things to you to keep you from falling away. 2 They will put you out of the synagogues. Indeed, the hour is coming when whoever kills you will think he is offering service to God. 3 And they will do these things because they have not known the Father, nor me. 4 But I have said these things to you, that when their hour comes you may remember that I told them to you (John 16:1-4).

Luckily, in the U.S., it has not come to an “hour” where “whoever kills [us] will think he is offering a service to God.” But, if you look at how society reacts to the righteous, Christian Derangement Syndrome is there.

He came against His interest and for your interest.

So that you can spend an eternity with Him.

People who live in darkness do not want the light shining on them. They will do whatever they can to block or extinguish that light.

Stick with Jesus, but be prepared. Our lights are like mini, low-powered flashlights compared to the sun-level brightness of Christ.

Jesus Derangement Syndrome means folks will still try to extinguish our lights one way or another.

“But I have said these things to you, that when their hour comes you may remember the I told them to you.”