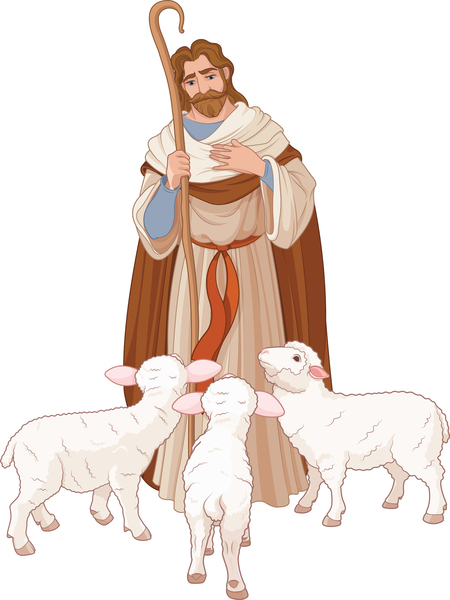 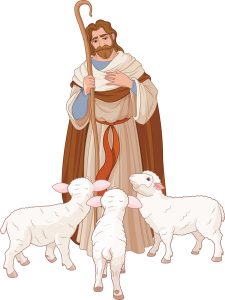 And then, one day, they ask a question or make a statement that makes you scratch your head, turn to them, and ask…

“You’ve known me this long, and you say that?”

They should know better than that!

If you’ve ever been in that situation, then the question they asked (or the statement they made) probably didn’t have very positive implications. Do they not understand your character well enough to know that there is no way you would have done, said, etcetera that?!

Today, we are going to discuss a situation like that with Jesus. I wouldn’t say the statement was negative…

But it showed that the questioner didn’t quite learn from his experiences with our Lord.

Let’s turn together to the verses that inspired this sermon, John 14:1-11:

14 “Let not your hearts be troubled. Believe in God; believe also in me. 2 In my Father’s house are many rooms. If it were not so, would I have told you that I go to prepare a place for you? 3 And if I go and prepare a place for you, I will come again and will take you to myself, that where I am you may be also. 4 And you know the way to where I am going.” 5 Thomas said to him, “Lord, we do not know where you are going. How can we know the way?” 6 Jesus said to him, “I am the way, and the truth, and the life. No one comes to the Father except through me. 7 If you had known me, you would have known my Father also. From now on you do know him and have seen him.”

I know that’s a pretty long selection, but I wanted you to get a flavor of the conversation before it got to the punch line, which is in verse 9. Let’s review verses 8 and 9 again…

I don’t know about you, but my experience with Christ through the Word doesn’t have anger in Jesus’ response…but perhaps there is a little disappointment. “Have I been with you so long and you still don’t know me, Philip? Whoever has seen me has seen the Father. How can you say, ‘Show us the Father’?”

Whoever has seen Jesus has seen the Father.

The implications of that statement are numerous.

For instance, if I had started off this sermon asking you for adjectives to describe God the Father…would they have been the same exact list as what you would have provided for God the Son?

You don’t know Jesus. (“Have I been with you so long, and you still do not know me, Phillip?”)

Now, this may be the most direct statement confirming if you’ve seen Jesus you’ve seen the Father, but it’s not the only one. For instance, take a look at John 12:44-45:

If you see Jesus, who do you see?

22 At that time the Feast of Dedication took place at Jerusalem. It was winter, 23 and Jesus was walking in the temple, in the colonnade of Solomon. 24 So the Jews gathered around him and said to him, “How long will you keep us in suspense? If you are the Christ, tell us plainly.” 25 Jesus answered them, “I told you, and you do not believe. The works that I do in my Father’s name bear witness about me, 26 but you do not believe because you are not among my sheep. 27 My sheep hear my voice, and I know them, and they follow me. 28 I give them eternal life, and they will never perish, and no one will snatch them out of my hand. 29 My Father, who has given them to me, is greater than all, and no one is able to snatch them out of the Father’s hand. 30 I and the Father are one.”

Is Jesus different than the Father?

And if you think I may be reading too much into verse 30, take a look at the next three verses:

31 The Jews picked up stones again to stone him. 32 Jesus answered them, “I have shown you many good works from the Father; for which of them are you going to stone me?” 33 The Jews answered him, “It is not for a good work that we are going to stone you but for blasphemy, because you, being a man, make yourself God” (John 10:31-33)

The Jews were going to stone Him because they knew exactly what Jesus meant by “I and the Father are one.”

Of course, if you are a skeptic, you can say that all Jesus was stating is that He was like his dad.

Lucky for him, I’m not talking about looks… 🙂

But, clearly, children pick up a lot of the habits of their parents. So, when Augie thinks certain things are funny, likes loud rock music by Shinedown, and so on…you could say…

If you have seen Augie, you’ve seen Alan.

Is that all we can take from all the verses we previously read?

But can we prove that biblically?

4 Therefore, having this ministry by the mercy of God, we do not lose heart. 2 But we have renounced disgraceful, underhanded ways. We refuse to practice cunning or to tamper with God’s word, but by the open statement of the truth we would commend ourselves to everyone’s conscience in the sight of God. 3 And even if our gospel is veiled, it is veiled to those who are perishing. 4 In their case the god of this world has blinded the minds of the unbelievers, to keep them from seeing the light of the gospel of the glory of Christ, who is the image of God (2 Corinthians 4:1-4).

15 He is the image of the invisible God, the firstborn of all creation (Colossians 1:15).

The image of God.

But those verses aren’t really a slam-dunk, are they? A skeptic could still claim an Augie/Alan type of equivalency.

1 Long ago, at many times and in many ways, God spoke to our fathers by the prophets, 2 but in these last days he has spoken to us by his Son, whom he appointed the heir of all things, through whom also he created the world. 3 He is the radiance of the glory of God and the exact imprint of his nature, and he upholds the universe by the word of his power. After making purification for sins, he sat down at the right hand of the Majesty on high, 4 having become as much superior to angels as the name he has inherited is more excellent than theirs (Hebrews 1:1-4).

Starting long ago, he has reached out to His rebellious children in many ways…

And, we weren’t good listeners.

So, He finally sent His Son who…

Is “the exact imprint of his nature.”

Not “very similar to” the Father.

Not “the next best thing to” the Father.

An “exact imprint of his nature.”

If you do not realize this…

You do not know Jesus.

And, since the Father and Jesus are one…

If you do not realize this…

You do not know the Father.

Not a great situation to be in.

Earlier I said the implications of “whoever has seen me has seen the Father” were numerous. We’ll look at some next week in “The Hand of God.” It was a sermon I originally preached on January 2, 2011 that, as I was pondering the implications of John 14:9, came to mind.

The most important thing in all of life…all of eternity…for you is to know Jesus.

If, in your mind, He and the Father are not one.

You don’t know Him.