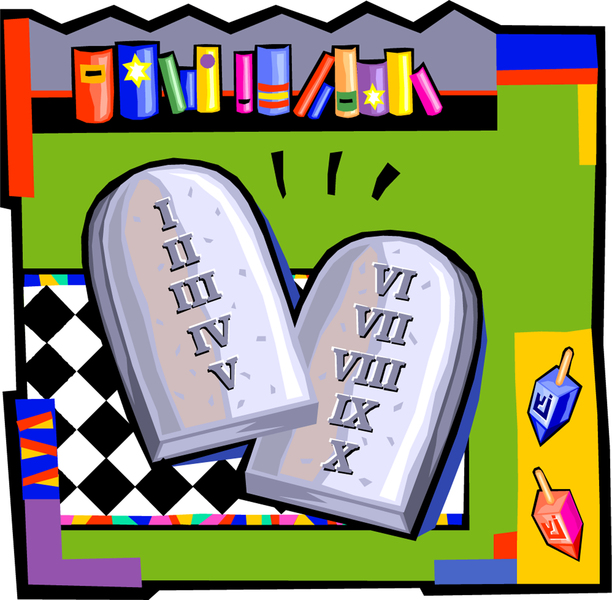 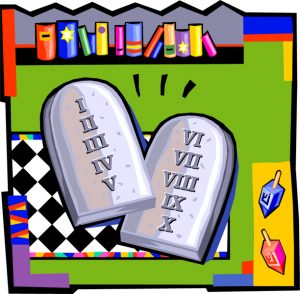 As part of my work, I often have to put together PowerPoint presentations. One rule for effective slides is to show some data…for instance, a graph…and then make three points or conclusion.

And it is effective.

However, three is not perfect for every situation. Yes, it may be ideal for executives in business, but it would be ridiculous in life to force every presentation of information into three bullet items.

Instead, you should tailor the approach to the audience and environment, and the first biblical audience we are going to talk about is a newly formed nation of Israel. Do you know number God chose to establish some basic rules of behavior for them?

20 And God spoke all these words, saying,

2 “I am the LORD your God, who brought you out of the land of Egypt, out of the house of slavery.

3 “You shall have no other gods before me.

4 “You shall not make for yourself a carved image, or any likeness of anything that is in heaven above, or that is in the earth beneath, or that is in the water under the earth. 5 You shall not bow down to them or serve them, for I the LORD your God am a jealous God, visiting the iniquity of the fathers on the children to the third and the fourth generation of those who hate me, 6 but showing steadfast love to thousands of those who love me and keep my commandments.

7 “You shall not take the name of the LORD your God in vain, for the LORD will not hold him guiltless who takes his name in vain.

8 “Remember the Sabbath day, to keep it holy. 9 Six days you shall labor, and do all your work, 10 but the seventh day is a Sabbath to the LORD your God. On it you shall not do any work, you, or your son, or your daughter, your male servant, or your female servant, or your livestock, or the sojourner who is within your gates. 11 For in six days the LORD made heaven and earth, the sea, and all that is in them, and rested on the seventh day. Therefore the LORD blessed the Sabbath day and made it holy.

12 “Honor your father and your mother, that your days may be long in the land that the LORD your God is giving you.

14 “You shall not commit adultery.

16 “You shall not bear false witness against your neighbor.

Although some of the entries had elaboration in them, that’s a pretty succinct list, wasn’t it? Ten is a great number to tell a rebellious nation (audience) in a pagan age (environment) what to do and not to do.

I would summarize them this way, although I’ll admit the Sabbath one is up for discussion:

Do you have a problem following any of them?

Before you answer, let’s take a look at a couple more references:

27 “You have heard that it was said, ‘You shall not commit adultery.’ 28 But I say to you that everyone who looks at a woman with lustful intent has already committed adultery with her in his heart (Matthew 5:27-28).

15 Everyone who hates his brother is a murderer, and you know that no murderer has eternal life abiding in him (1 John 3:15).

So, do you have to be physically unfaithful to commit adultery?

Do you have to actually kill someone to murder?

Do you have a problem following any of the Ten Commandments?

You know, ten items can be hard to remember…but luckily the Bible makes it easier by reducing the number to two…and I suspect most of you know what those two are:

28 And one of the scribes came up and heard them disputing with one another, and seeing that he answered them well, asked him, “Which commandment is the most important of all?” 29 Jesus answered, “The most important is, ‘Hear, O Israel: The Lord our God, the Lord is one. 30 And you shall love the Lord your God with all your heart and with all your soul and with all your mind and with all your strength.’ 31 The second is this: ‘You shall love your neighbor as yourself.’ There is no other commandment greater than these.” 32 And the scribe said to him, “You are right, Teacher. You have truly said that he is one, and there is no other besides him. 33 And to love him with all the heart and with all the understanding and with all the strength, and to love one’s neighbor as oneself, is much more than all whole burnt offerings and sacrifices.” 34 And when Jesus saw that he answered wisely, he said to him, “You are not far from the kingdom of God.” And after that no one dared to ask him any more questions (Mark 12:28-34).

I would summarize those as:

Do you have a problem following either of those two commandments?

Still too many commandments to keep track of? How about a single one? The Golden Rule:

12 “So whatever you wish that others would do to you, do also to them, for this is the Law and the Prophets (Matthew 7:12).

You may have heard it more like, “Do unto others as you have them do unto you”…and I think that’s a fair paraphrase.

Do you have a problem following that one commandment?

One might summarize that as, “Don’t be a hypocrite.”

If you don’t want someone to murder you, don’t murder them.

But, today’s world doesn’t have a lot of common sense…and…ultimately…the Golden Rule can give us the misguided idea that our understanding of right and wrong actually matters. For instance, even if I would, crazily, want someone to lie to me in some circumstances, lying would still be wrong. The one commandment doesn’t negate the two which do not negate the ten.

And the ten do not negate the rest of the guidance in all the pages of Scripture. The ten, the two, and the one may summarize and focus…

But they are not the end-all.

And that is why we don’t just show up each week, pray, sing, hold Communion, read the Ten Commandments, and then head home.

Are all great blessings from The Almighty, but just like three bullet points for in a PowerPoint presentation cannot be the inflexible standard, we have to remember when its time to use…

Or the other many pages of God’s revealed Word.

After each set I asked you if you had a problem following it and, if you were honest, you would have said yes.

We all have a problem following them, especially when we understand that we don’t actually, for instance, have to murder to be a murderer.

However, there is also two other lists of one that matter. Let’s wrap up looking at Romans 5:12-15:

12 Therefore, just as sin came into the world through one man, and death through sin, and so death spread to all men because all sinned— 13 for sin indeed was in the world before the law was given, but sin is not counted where there is no law. 14 Yet death reigned from Adam to Moses, even over those whose sinning was not like the transgression of Adam, who was a type of the one who was to come.

Brought sin into this world…sin that has infected and condemned us all.

Brought salvation into this world…salvation by grace that saves all of us who believe in Him.

So, as you consider…

And realize just how horribly short you come up…regardless of how few items there are on the list.

Ask for forgiveness. Stop messing up.

And have the peace that comes with knowing The One has got you covered.