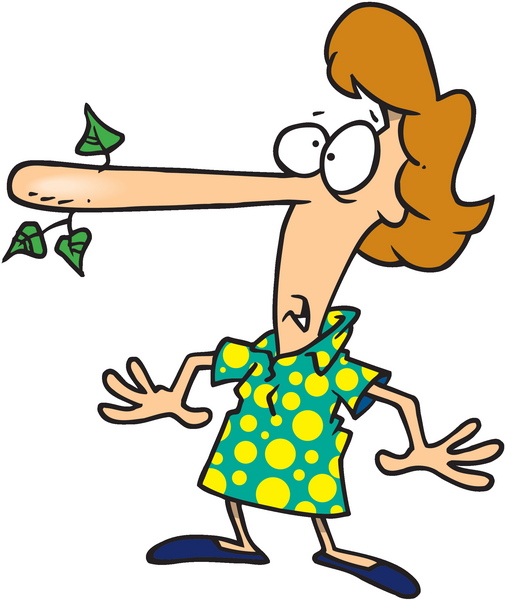 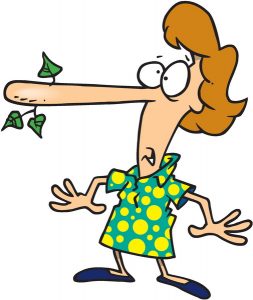 “These Boots Were Made for Walkin'”

Ideas for sermons come from all kinds of things…although I’ll admit I especially like it when folks ask for me to preach on a topic. However, music is often what puts a topic into my head, although sometimes it is tangental to the subject of the song itself. This week, listening to Nancy Sinatra singing “These Boots Were Made for Walkin'” inspired today’s talk.

There is a line in that tune that reminded me of a failing that all humans are beset with. The simple statement was:

You keep lyin’ when you oughta be truthin’

Do you know anybody…or you have you known anybody…who you felt like saying that to?

People who you want to trust, but their track record with being honest is questionable, to say the least?

Were any of them Christians?

Before we hop into Scripture, what is a lie…what is lying?

Heading to my Mac’s dictionary yet again:

an intentionally false statement: the whole thing is a pack of lies | Mungo felt a pang of shame at telling Alice a lie.

• used with reference to a situation involving deception or founded on a mistaken impression: all their married life she had been living a lie.

tell a lie or lies: why had Wesley lied about his visit to Philadelphia? | [with direct speech] : “I am sixty-five,” she lied.

• (lie one’s way into/out of) get oneself into or out of a situation by lying: you lied your way on to this voyage by implying you were an experienced sailor.

• (of a thing) present a false impression; be deceptive: the camera cannot lie.

Do you think that I lie requires you specifically say something untrue? The definition you just heard said, “An intentionally false statement”…but, personally, I think any form of communication, or lack thereof, where you purposely mislead someone is a lie. True?

Notice, regardless, the “intentional” part. Unintentionally being incorrect is not a lie…and it is a lie to knowingly accuse someone of lying when that is the case.

Let’s go ahead and open up our Bibles…starting by looking at God…which is always a good thing to do!

or a son of man, that he should change his mind.

Has he said, and will he not do it?

That verse implicitly, and correctly, notes that man lies…but what about God? Does God lie?

No…our deceitful nature is used as a contrast to the Almighty…who does not lie.

But, as I’ve said before, one reference generally isn’t enough to prove a doctrine, so let’s take a quick look at another, Hebrews 6:16-18:

16 For people swear by something greater than themselves, and in all their disputes an oath is final for confirmation. 17 So when God desired to show more convincingly to the heirs of the promise the unchangeable character of his purpose, he guaranteed it with an oath, 18 so that by two unchangeable things, in which it is impossible for God to lie, we who have fled for refuge might have strong encouragement to hold fast to the hope set before us.

No…it is impossible for Him to lie.

And not because He is like a robot, programmed to always tell the truth.

It is because it is not within God’s character to lie.

Based on what I’ve shared before, are we all comfortable with settling on this fact?:

God does not lie.

Do Humans Lie? Should We Lie?

With “Do humans lie?,” I suspect if we were in court before the Most High, we’d allow our lawyer to stipulate that humans lie…it is so obvious from our own experience (and from Numbers 23:19)…but let’s see what else the Bible says, first by turning to Proverbs 6:16-19:

16  There are six things that the LORD hates,

seven that are an abomination to him:

and hands that shed innocent blood,

18  a heart that devises wicked plans,

feet that make haste to run to evil,

19  a false witness who breathes out lies,

and one who sows discord among brothers.

What does the Lord hate…that is an abomination to Him?

“A lying tongue” and “a false witness who breathes out lies.”

Lying about anyone is an abomination in God’s eyes. So much that it also warranted a spot as the Tenth Commandment (see Exodus 20:16).

But, “bearing false witness” is one kind of lie. What if I am honest whenever I am speaking about someone else…then is it okay if I lie?

Let’s answer that by looking at three references, one right after another:

22  Lying lips are an abomination to the LORD,

but those who act faithfully are his delight (Proverbs 12:22).

9 Do not lie to one another, seeing that you have put off the old self with its practices 10 and have put on the new self, which is being renewed in knowledge after the image of its creator (Colossians 3:9-10).

There was that word “abomination” again. Was it limited to just bearing false witness this time?

And based on those verses we come to two more conclusions:

We should not lie.

Any Exclusions to the Rule?

Now…a quick detour before we continue.

What if we were in Nazi Germany during World War II, are hiding a couple Jews in our attic, hear someone knocking at the door, open it, and…

It’s Nazi soldiers asking if we have seen any Jews.

Is it okay to lie then? Or must we tell the truth?

You know, Augie, you and I have talked about this, and I’ve said I think then it would be okay to lie.

But, to be honest, I don’t see anything in the Bible that puts caveats around the command not to lie…so, I apologize. I don’t think it is ever correct to lie.

Then, what should we do if we get in an equivalent situation? First, I pray you never do…but my advice is this:

Do what your God-informed conscience tells you to do. In my hypothetical situation there is no good outcome…but, for instance, you can refuse to answer. You can slam and lock the door and try to get away with the folks you have up in the attic. It’s not just “lie or tell the truth.”

Ultimately, it is a slippery slope when you start allowing excuses for lying. Hardly anyone would argue with you about lying when someone’s life is at stake, but what if it is some “lesser,” unfair thing…like getting deported?

In the U.S. today, many would consider that a good reason to lie…a righteous lie…too.

What about if they’ll just get fined and get released?

Or is any unfair consequence good enough to lie?

If the Holy Spirit-inspired pages of Scripture don’t give escapes from the commandment not to lie, then should we?

Having said all this, I do understand that those are not easy questions to answer, especially when confronted with a situation where someone else’s welfare is at stake, so I leave it between you and God with one final bit of advice.

I just spoke with you about a very hard choice…should you lie when, if you don’t, it’ll cost someone their life?

Let’s talk a bit more about choices before we wrap up…looking first at two parts of Revelation.

14 Then I looked, and behold, on Mount Zion stood the Lamb, and with him 144,000 who had his name and his Father’s name written on their foreheads. 2 And I heard a voice from heaven like the roar of many waters and like the sound of loud thunder. The voice I heard was like the sound of harpists playing on their harps, 3 and they were singing a new song before the throne and before the four living creatures and before the elders. No one could learn that song except the 144,000 who had been redeemed from the earth. 4 It is these who have not defiled themselves with women, for they are virgins. It is these who follow the Lamb wherever he goes. These have been redeemed from mankind as firstfruits for God and the Lamb, 5 and in their mouth no lie was found, for they are blameless (Revelation 14:1-5).

Would you like to be chosen by the Almighty to be one of the 144,000…”singing a new song before the throne”…being part of those who were “redeemed from the earth”?

Of course you would!

What was not found in their mouth?

Lies. “In their mouth no lie was found, for they are blameless.”

14 Blessed are those who wash their robes, so that they may have the right to the tree of life and that they may enter the city by the gates. 15 Outside are the dogs and sorcerers and the sexually immoral and murderers and idolaters, and everyone who loves and practices falsehood.

What does it mean to “practice falsehood”?

Inside are the those who “have the right to the tree of life”…but outside are who?

God chooses those who do not lie.

God rejects those who do lie.

Okay…one more time into Scripture and then we’ll wrap up:

44 You are of your father the devil, and your will is to do your father’s desires. He was a murderer from the beginning, and does not stand in the truth, because there is no truth in him. When he lies, he speaks out of his own character, for he is a liar and the father of lies (John 8:44).

What is the devil?

The father of lies.

God does not lie.

We should not lie.

God chooses those who do not lie.

God rejects those who do lie.

The devil is the father of lies.

Last week I ended with a choice, “See, I have set before you today life and good, death and evil” (Deuteronomy 30:15).

Today I give you a choice…another one you have no choice but to make.

Not choosing is choosing wrongly.

Do you choose your Heavenly Father…God…who does not lie?

Or do you choose the devil…the father of lies?

It’s easy to say “God chooses whom He will save”…but, ultimately, the Lord gives us what we want…

If you willingly lie…you choose the devil.

“You keep lyin’ when you oughta be truthin’.”

Whom do you choose?