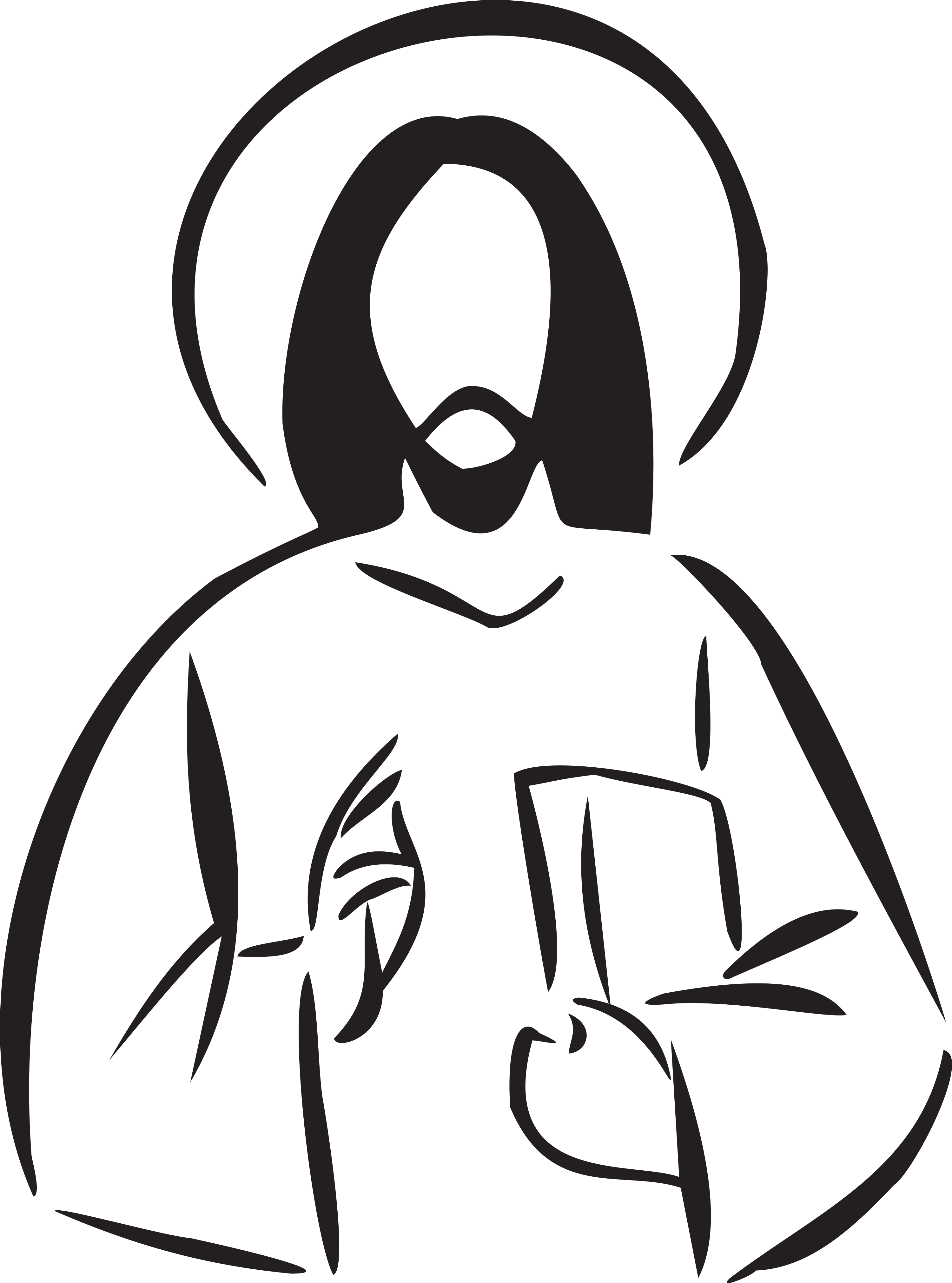 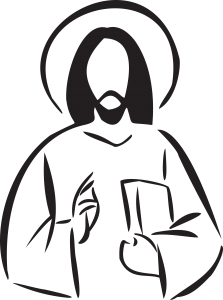 23 Now when he was in Jerusalem at the Passover Feast, many believed in his name when they saw the signs that he was doing. 24 But Jesus on his part did not entrust himself to them, because he knew all people 25 and needed no one to bear witness about man, for he himself knew what was in man.

Good news: many believed in Jesus.

Bad news: even then, they weren’t trustworthy.

When I read those verses, I am reminded of in incident back in the Old Testament. King David sinned by taking a census, and God gave him three options for punishment:

13 So Gad came to David and told him, and said to him, “Shall three years of famine come to you in your land? Or will you flee three months before your foes while they pursue you? Or shall there be three days’ pestilence in your land? Now consider, and decide what answer I shall return to him who sent me.” 14 Then David said to Gad, “I am in great distress. Let us fall into the hand of the LORD, for his mercy is great; but let me not fall into the hand of man” (2 Samuel 24:13-14).

However, getting back to Jesus…this is far from the only time the Bible makes it clear He had the divine power to read our thoughts and hearts. Let’s look at another occasion…after he had 5,000 ready to eat dinner:

11 Jesus then took the loaves, and when he had given thanks, he distributed them to those who were seated. So also the fish, as much as they wanted. 12 And when they had eaten their fill, he told his disciples, “Gather up the leftover fragments, that nothing may be lost.” 13 So they gathered them up and filled twelve baskets with fragments from the five barley loaves left by those who had eaten. 14 When the people saw the sign that he had done, they said, “This is indeed the Prophet who is to come into the world!”

15 Perceiving then that they were about to come and take him by force to make him king, Jesus withdrew again to the mountain by himself (John 6:11-15).

Good news: the people wanted the Lord to be king.

Bad news: they wanted him to be the wrong kind of king.

He knew their intentions…and left so they couldn’t implement it.

When I woke up early yesterday morning and thought about this sermon…the topic reminded me of a song sung by Deborah Kerr. How many here have seen “The King and I”? Do you remember the song, “Getting to Know You”?

Getting to know you

Getting to know all about you

And a bit later in the song she sings:

Because of all the beautiful and new

Things I’m learning about you

As a royal governess, Anna Leonowens (played by Kerr) was getting to know some really nice, cute kids…and they were getting to know her. Since they truly were nice children, it was a positive experience for her…one that was building trust.

Jesus spent over 30 years getting to know us. At the end, was He bright and breezy because of all the beautiful and new things He learned about us?

Before we answer that, let’s head back into Scripture:

9 And getting into a boat he crossed over and came to his own city. 2 And behold, some people brought to him a paralytic, lying on a bed. And when Jesus saw their faith, he said to the paralytic, “Take heart, my son; your sins are forgiven.” 3 And behold, some of the scribes said to themselves, “This man is blaspheming.” 4 But Jesus, knowing their thoughts, said, “Why do you think evil in your hearts? 5 For which is easier, to say, ‘Your sins are forgiven,’ or to say, ‘Rise and walk’? 6 But that you may know that the Son of Man has authority on earth to forgive sins”—he then said to the paralytic—”Rise, pick up your bed and go home.” 7 And he rose and went home. 8 When the crowds saw it, they were afraid, and they glorified God, who had given such authority to men (Matthew 9:1-8).

Jesus knew their thoughts…and the evil in their hearts. What should have led all to joy was the reason some condemned him.

14 Now he was casting out a demon that was mute. When the demon had gone out, the mute man spoke, and the people marveled. 15 But some of them said, “He casts out demons by Beelzebul, the prince of demons,” 16 while others, to test him, kept seeking from him a sign from heaven. 17 But he, knowing their thoughts, said to them, “Every kingdom divided against itself is laid waste, and a divided household falls. 18 And if Satan also is divided against himself, how will his kingdom stand? For you say that I cast out demons by Beelzebul. 19 And if I cast out demons by Beelzebul, by whom do your sons cast them out? Therefore they will be your judges. 20 But if it is by the finger of God that I cast out demons, then the kingdom of God has come upon you. 21 When a strong man, fully armed, guards his own palace, his goods are safe; 22 but when one stronger than he attacks him and overcomes him, he takes away his armor in which he trusted and divides his spoil. 23 Whoever is not with me is against me, and whoever does not gather with me scatters (Luke 11:14-23).

How about this time? What did Jesus knowing their thoughts reveal? That people were so dead set against the Son of God…God in the flesh…they accused the sinless one of being in league with the devil. Being on the side of the one whose works He came to destroy.

Jesus didn’t need 30 years to get to know us. He knew how we before He came down. He also knew through divine insight.

And what we humans did during His life, especially at the end of it, didn’t disprove it one iota. We were truly evil to the bone.

Evil to the point of crucifying the lamb of God.

Turning His Eye Toward Us

But we weren’t alive back then, right? Those versus are about them not us.

11 Let us therefore strive to enter that rest, so that no one may fall by the same sort of disobedience. 12 For the word of God is living and active, sharper than any two-edged sword, piercing to the division of soul and of spirit, of joints and of marrow, and discerning the thoughts and intentions of the heart. 13 And no creature is hidden from his sight, but all are naked and exposed to the eyes of him to whom we must give account.

I don’t know about you all, but I don’t even like being seen with my shirt off. When I have dreams where I am naked in public, the more exact term for it is “nightmare.” Traumatizing nightmare.

However, when it comes to ugliness and imperfection, our souls are often…or is it always?…in much worse condition than our physical bodies. Would it not be a greater nightmare if everyone could see your naked heart?

Yet, every second of our existence we stand naked and exposed to the only Being whose opinion matters.

And one day all of us…

Every last one of us…

All have fallen short of the glory of God and sinned (see Romans 3:23).

And considering how even Jesus…the member of the Trinity who is often seen as warm and fuzzy…so clearly knew the evil intentions of our hearts.

How can standing completely naked before God work out well for us?

Praise God that it does not depend on us!

10  I will greatly rejoice in the LORD;

my soul shall exult in my God,

for he has clothed me with the garments of salvation;

he has covered me with the robe of righteousness,

as a bridegroom decks himself like a priest with a beautiful headdress,

and as a bride adorns herself with her jewels (Isaiah 61:10).

You will not be naked.

You will be clothed with garments of salvation.

You will be clothed with the robe of righteousness.

You will not hide because of your nakedness like our original parents did after their fall in the Garden of Eden (see Genesis 3:10).

That is, you will not be naked if…and only if…you put the garments on…

16 “For God so loved the world, that he gave his only Son, that whoever believes in him should not perish but have eternal life. 17 For God did not send his Son into the world to condemn the world, but in order that the world might be saved through him (John 3:16-17).

The garments of salvation…the robe of righteousness…were manufactured at great cost. Yet, they are offered freely to you and me if we will only repent and believe. Let’s all be wise enough to put them on:

11 “But when the king came in to look at the guests, he saw there a man who had no wedding garment. 12 And he said to him, ‘Friend, how did you get in here without a wedding garment?’ And he was speechless. 13 Then the king said to the attendants, ‘Bind him hand and foot and cast him into the outer darkness. In that place there will be weeping and gnashing of teeth.’ 14 For many are called, but few are chosen” (Matthew 22:11-14).

Do you have your wedding garment on?