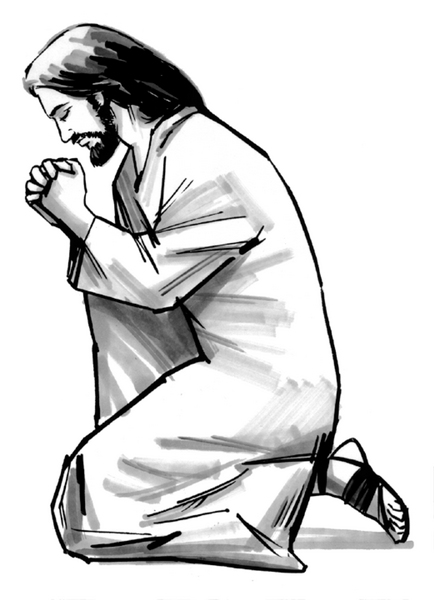 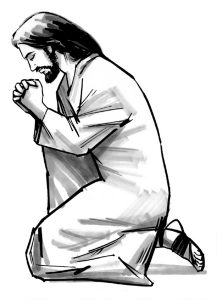 Although I know some of you couldn’t make it because it was on a school night, the Lord really blessed many (and will bless many more) thanks to the Cloverton concert this past Tuesday to benefit the CARES Food Bank of Strasburg.

There were three churches involved. We sponsored it with the Strasburg Community Church and Mountain View Fellowship co-sponsoring. I cannot thank their ministers, Steve and Donn respectively, enough for all the help they and their congregations provided. From a place for the band to sleep to food to being insta-roadies…it was an incredible coming together of brothers and sisters in Christ to help feed the hungry.

And some awesome music praising the Lord!

I’d also like to mention a neat thing that happened to Steve, Donn, the Strasburg Community Youth Pastor Steve, and me. Show time was 7:00 PM…and we went down to the green room at quarter of to confirm some logistics around introductions/etc. When we got to the bottom of the stairs and just outside the green room’s door we had to stop.

Do you know why?

So we wouldn’t interrupt the earnest, lengthy prayer of the band.

And that’s when we 100% knew we made the right decision bringing those godly young men to Strasburg!

And that prayer convinced me to add another entry to the series I began with when I started preaching in the Church of Christ. Back in Antrim, NH I first spoke once a month…and the first three sermons were based on WDJD, “What did Jesus do?” The very first was February 22, 2009…”WDJD: Scripture.”

Today’s is going to be “WDJD: Prayer (According to Mark).” I figured I’d read through the whole book of Mark, and we’d learn together from the times it records Jesus praying. That approach incorporates a couple of good ways to learn:

Now, after reading through all of Mark I suspect there may have been a better Gospel to leverage for a “WDJD: Prayer” sermon…for instance, John’s inclusion of Jesus’ priestly prayer at the Last Supper could launch many sermons. Also, Mark…like John…does not include Jesus’ teachings on how to pray. A full review of what Jesus did when it comes to prayer needs at least all four Gospels…

But, Mark does not disappoint…so let’s hop in and look at the first time he records Jesus praying:

35 And rising very early in the morning, while it was still dark, he departed and went out to a desolate place, and there he prayed. (Mark 1:35).

What can we learn from that short selection? We must be cautious about reading in too much, but…

Any of those you don’t think we should emulate? If you were graded based on just those four things, how would you score?

If you wouldn’t score well, what should you do?

Pray to God to help you do better! 🙂

The second time Mark records Jesus praying is before the one miracle that is recorded in each and every Gospel…the feeding of the 5,000. Let’s turn to Mark 6:37-44:

37 But he answered them, “You give them something to eat.” And they said to him, “Shall we go and buy two hundred denarii worth of bread and give it to them to eat?” 38 And he said to them, “How many loaves do you have? Go and see.” And when they had found out, they said, “Five, and two fish.” 39 Then he commanded them all to sit down in groups on the green grass. 40 So they sat down in groups, by hundreds and by fifties. 41 And taking the five loaves and the two fish, he looked up to heaven and said a blessing and broke the loaves and gave them to the disciples to set before the people. And he divided the two fish among them all. 42 And they all ate and were satisfied. 43 And they took up twelve baskets full of broken pieces and of the fish. 44 And those who ate the loaves were five thousand men.

What can we learn from Christ’s actions in those verses?

Michelle, Augie, and I say grace before dinner…but I think that not doing so on other occasions, unintentionally, isn’t giving God the constant credit we should for our blessings. And, if you look at me, you can see that I have been overly blessed with food. 🙂

Saying grace is important. It grounds us in God’s care for us…without which none of us would survive. Grace also reminds us that prayer is not just for asking the Father for what we need, it’s a time to thank Him for all we have.

Prayer is not just petition, it is praise.

You might wrestle with me a bit about what I would categorize as the third time that Mark records Jesus praying. Let’s see if you agree:

31 Then he returned from the region of Tyre and went through Sidon to the Sea of Galilee, in the region of the Decapolis. 32 And they brought to him a man who was deaf and had a speech impediment, and they begged him to lay his hand on him. 33 And taking him aside from the crowd privately, he put his fingers into his ears, and after spitting touched his tongue. 34 And looking up to heaven, he sighed and said to him, “Ephphatha,” that is, “Be opened.” 35 And his ears were opened, his tongue was released, and he spoke plainly. 36 And Jesus charged them to tell no one. But the more he charged them, the more zealously they proclaimed it. 37 And they were astonished beyond measure, saying, “He has done all things well. He even makes the deaf hear and the mute speak” (Mk 7:31-37).

“And looking up to heaven…”

That is, although Jesus did formally pray (and often), the prayerful connection with the Father was continual. He didn’t walk life alone and dial-up the Father now-and-then. His thoughts were perpetually connected to the Godhead…

And that’s how we should be too.

Can you imagine how the world would change if all Christians truly did that?

The next two times we find Jesus praying in the pages of the Gospel of Mark are like the second: saying grace. To save time we’ll skip the feeding of the 4,000 in Mark 8:1-10, but we definitely want to talk about the fifth time in Mark 14:22-25:

22 And as they were eating, he took bread, and after blessing it broke it and gave it to them, and said, “Take; this is my body.” 23 And he took a cup, and when he had given thanks he gave it to them, and they all drank of it. 24 And he said to them, “This is my blood of the covenant, which is poured out for many. 25 Truly, I say to you, I will not drink again of the fruit of the vine until that day when I drink it new in the kingdom of God.”

Not only does this reiterate the importance of saying grace, but…

Good news is I know we do that! At least we can check off one thing. 🙂

In Times of Trial

Now, as we get close to the end of Mark, the next two or three cases of Jesus praying is probably the one situation where Christians always remember to pray.

When we need something. 🙁

32 And they went to a place called Gethsemane. And he said to his disciples, “Sit here while I pray.” 33 And he took with him Peter and James and John, and began to be greatly distressed and troubled. 34 And he said to them, “My soul is very sorrowful, even to death. Remain here and watch.” 35 And going a little farther, he fell on the ground and prayed that, if it were possible, the hour might pass from him. 36 And he said, “Abba, Father, all things are possible for you. Remove this cup from me. Yet not what I will, but what you will.” 37 And he came and found them sleeping, and he said to Peter, “Simon, are you asleep? Could you not watch one hour? 38 Watch and pray that you may not enter into temptation. The spirit indeed is willing, but the flesh is weak.” 39 And again he went away and prayed, saying the same words. 40 And again he came and found them sleeping, for their eyes were very heavy, and they did not know what to answer him. 41 And he came the third time and said to them, “Are you still sleeping and taking your rest? It is enough; the hour has come. The Son of Man is betrayed into the hands of sinners. 42 Rise, let us be going; see, my betrayer is at hand.”

Perhaps in a future sermon we’ll just focus on what Jesus went through in the Garden of Gethsemane…but it was horrible. Beyond horrible. In bad times Jesus turned to the same One He turned to in good times.

But not only then…okay?

Oh, the reason I said “the next two or three cases” is because Mark 14:32-42 only mentions praying twice, but says, “And he came the third time”…which implies Jesus prayed three times in Gethsemane. The count doesn’t really matter…unless you have a mathematist’s brain like me. 🙂

The final time Mark captures Jesus praying is on the cross. As with the healing of the deaf man, you might disagree that this is prayer…but I think I’m right. Take a look at Mark 15:33-37:

33 And when the sixth hour had come, there was darkness over the whole land until the ninth hour. 34 And at the ninth hour Jesus cried with a loud voice, “Eloi, Eloi, lema sabachthani?” which means, “My God, my God, why have you forsaken me?” 35 And some of the bystanders hearing it said, “Behold, he is calling Elijah.” 36 And someone ran and filled a sponge with sour wine, put it on a reed and gave it to him to drink, saying, “Wait, let us see whether Elijah will come to take him down.” 37 And Jesus uttered a loud cry and breathed his last.

What do you think? Is that praying?

Assuming so, we can learn two things from this:

As for not concealing His feelings…we actually saw that in Gethsemane too. Jesus was willing to die on the cross, but He did not hide from the Father that He didn’t want to. As we mentioned in a previous sermon…trying to hide something from the Father is dopey…He is omniscient! The only one you are fooling is yourself.

As for praying on His death bed…I would suggest this is part of the fact that prayer was an attitude, not just an action for Jesus. Unlike us, Jesus never needed to be reminded to pray. Even when the Father treated Jesus as sin and turned His back on Him, Jesus still prayed.

So, did our quick journey on the prayer road in Mark teach you anything? Let’s quickly go over what we learned…but change it from what Jesus did to what we should do:

I pray that, soon, what is said of Jesus when it comes to prayer can be said of us…