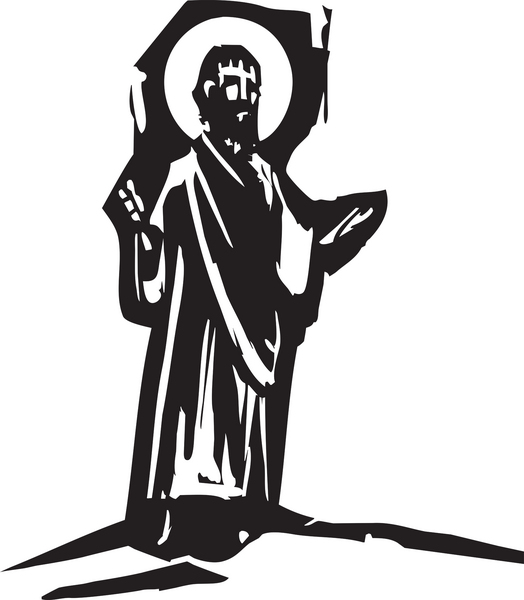 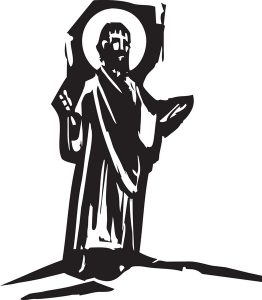 I also mentioned that I wasn’t trying to rag on the Mormon church…however, they are a denomination that actually believes you can become a God, if you are male:

That is about as far from orthodox as you can get…and it shows how just because someone says they believe that Jesus is the Son of God, that He is Lord, and so on…

Well, it shows you something isn’t Christian just because it sounds like it.

However, we also left last week a few questions:

The first and third questions are really the same…so we’ll touch on #2 to begin with. Is it a contradiction for me to say Jesus is God after telling you humans are not God?

Because the Incarnation…through the virgin Mary…via the Holy Spirit…means that Jesus was both fully human and fully divine. Our Lord wasn’t “just” human…the offspring of a human mother and a human father. He was also fully divine…human from mother…divine from the Holy Spirit.

The only case in all history…both history past and history to come…where that is true.

That is why it is not a contradiction to say that humans are not God, but Jesus…a human…is.

However, in that explanation I am assuming Jesus is God. How do we know that for sure? Keeping it short, I’ll give you just two reasons to believe…but I recommend you look for an article called “Is Jesus God?” on the Answers in Genesis web site.2 Not only has it informed part of this sermon today, it’s got a lot more than we’ll cover today.

For people who trust Scripture…all Scripture…the answer to “Is Jesus God or just a really special being?” is simple thanks to John 1:1:

And the Word became flesh and dwelt among us, and we have seen his glory, glory as of the only Son from the Father, full of grace and truth.

The Word is Jesus.

The Word is God.

Reason #1 to believe Jesus is God?

Because the Bible specifically and clearly says He is.

That is reason enough on its own, isn’t it?

However, I mentioned last week that Jehovah Witnesses deny that, teaching Jesus is a created being. Do you know how their version of the Bible “translates” (purposely in air quotes) John 1:1?

Did you notice the addition of one word? A single letter? What was it?

Instead of saying, “The word was God” the New World Translation says, “The Word was a god.” Please note that not only do they throw an “a” into it, their version has “god” with a little g.

They translate it that way because they do not believe Jesus is God…that He is just a special created being…so they allowed their false doctrine to affect their scholarship.

The translation you have before you, which almost definitely has “the Word was God,” is right.

Reason #1 to believe Jesus is God?

Because the Bible specifically and clearly says He is.

Reason #2 to believe Jesus is God can be found by looking at one Old Testament Scripture and one New Testament one. First, let’s turn to Exodus 3:13-14:

Who did God say to tell the Israelites His name was?

48 The Jews answered him, “Are we not right in saying that you are a Samaritan and have a demon?” 49 Jesus answered, “I do not have a demon, but I honor my Father, and you dishonor me. 50 Yet I do not seek my own glory; there is One who seeks it, and he is the judge. 51 Truly, truly, I say to you, if anyone keeps my word, he will never see death.” 52 The Jews said to him, “Now we know that you have a demon! Abraham died, as did the prophets, yet you say, ‘If anyone keeps my word, he will never taste death.’ 53 Are you greater than our father Abraham, who died? And the prophets died! Who do you make yourself out to be?” 54 Jesus answered, “If I glorify myself, my glory is nothing. It is my Father who glorifies me, of whom you say, ‘He is our God.’ 55 But you have not known him. I know him. If I were to say that I do not know him, I would be a liar like you, but I do know him and I keep his word. 56 Your father Abraham rejoiced that he would see my day. He saw it and was glad.” 57 So the Jews said to him, “You are not yet fifty years old, and have you seen Abraham?” 58 Jesus said to them, “Truly, truly, I say to you, before Abraham was, I am.” 59 So they picked up stones to throw at him, but Jesus hid himself and went out of the temple.

What did Jesus say after “before Abraham was”?

Don’t let anyone fool you. The Jews knew what He was claiming. Otherwise, why would they pick up stones to throw at Him?

Reason #2 to believe Jesus is God?

Because Jesus claimed to be.

And that isn’t the only time that Jesus claimed to be God, at least implicitly. For instance, let’s review John 10:22-33:

22 At that time the Feast of Dedication took place at Jerusalem. It was winter, 23 and Jesus was walking in the temple, in the colonnade of Solomon. 24 So the Jews gathered around him and said to him, “How long will you keep us in suspense? If you are the Christ, tell us plainly.” 25 Jesus answered them, “I told you, and you do not believe. The works that I do in my Father’s name bear witness about me, 26 but you do not believe because you are not among my sheep. 27 My sheep hear my voice, and I know them, and they follow me. 28 I give them eternal life, and they will never perish, and no one will snatch them out of my hand. 29 My Father, who has given them to me, is greater than all, and no one is able to snatch them out of the Father’s hand. 30 I and the Father are one.”

31 The Jews picked up stones again to stone him. 32 Jesus answered them, “I have shown you many good works from the Father; for which of them are you going to stone me?” 33 The Jews answered him, “It is not for a good work that we are going to stone you but for blasphemy, because you, being a man, make yourself God.”

Again you can see from the Jew’s reaction that Jesus claimed to be God:

3 The Jews answered him, “It is not for a good work that we are going to stone you but for blasphemy, because you, being a man, make yourself God.”

By saying the Father and He are one, Jesus claimed to be God.

Reason #2 to believe Jesus is God?

Because Jesus claimed to be.

And There Is More…

The Bible said He is.

Jesus said He is.

If you would like more proof…I mentioned Answers in Genesis’ article “Is Jesus God?” has a lot more. They categorize them in:

A God who loved you so much that, before creation, He and the rest of the Godhead decided He would die a horrible death on the cross so you could be with Him for eternity.

5 Have this mind among yourselves, which is yours in Christ Jesus, 6 who, though he was in the form of God, did not count equality with God a thing to be grasped, 7 but emptied himself, by taking the form of a servant, being born in the likeness of men. 8 And being found in human form, he humbled himself by becoming obedient to the point of death, even death on a cross (Philippians 2:5-8).

What an awesome Savior we have!

16 “For God so loved the world, that he gave his only Son, that whoever believes in him should not perish but have eternal life. 17 For God did not send his Son into the world to condemn the world, but in order that the world might be saved through him (John 3:16-17).

The God who emptied himself, by taking the form of a servant, being born in the likeness of men.

Because God so loved the world.

Because He does not want us to perish, but to have eternal life.

The God who emptied himself, by taking the form of a servant, being born in the likeness of men.

In order that the world might be saved through Him.

I say it again…

What an awesome Savior we have!

1Teachings of Presidents of the Church: Lorenzo Snow Chapter 5: The Grand Destiny of the Faithful. (n.d.). Retrieved August 5, 2017, from https://www.lds.org/manual/teachings-of-presidents-of-the-church-lorenzo-snow/chapter-5-the-grand-destiny-of-the-faithful?lang=eng