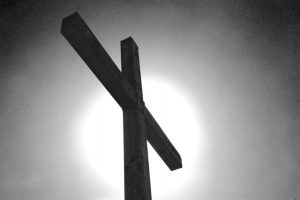 Friday was my 53rd birthday…sounds really old, doesn’t it kids? 🙂

However, Lord willing, it is a birthday everyone here…if they haven’t already…will experience. The number 53is special in one way…does anyone know what that is?

And I’ll have to wait six years until the next one. 🙂

Although the number has being prime special about it, for me 53 is just another ordinary milestone in the life of an ordinary guy. But, birthdays can cause me to reflect, and I did a bit this year.

What do I really want to accomplish? What should I focus on? And so on.

However, reflecting on the past often is painful for me, because the way my brain works I am much more likely to remember negative things than positive. Not negative things about others…but about myself. Times when I was a moral moron. All it takes is recollecting a few of these and I can’t help but think…

I have been such a jerk.

No, I’m not going to provide examples here. 🙂

But, am I alone? How many of you also look back and, instead of remembering the times you made someone smile, have chosen someone’s best interest over your own, or made family and friends proud…

Instead do you recall some words you wish you could take back, extremely selfish acts, or other times that make you hang your head in shame?

Now for a rough segue…

Yesterday I was with Augie having our normal Saturday father/son breakfast at Carl’s Jr. in Bennett…and was surfing my Twitter timeline. A really nice Twitter acquaintance of mine, Dave Miller, is senior pastor of Southern Hills Baptist Church in Sioux City, Iowa. Last year he was elected the Southern Baptist Convention Pastors’ Conference president, which starts this evening. I guess that has led to some negativity directed to him on Twitter, and yesterday morning he tweeted:

When the alt-right racists crazies start attacking you, you know you are doing something right1

It is annual meeting. Time to release the safety on the block mechanism on Twitter for alt-right racists. In 3-2-1…2

What is “alt-right” or “alternative right”? Depends on what your agenda is. Writing for the Los Angeles Times, Jessica Roy describes it this way:

The alternative right, more commonly known as the alt-right, is an amorphous movement. Some — mostly Establishment types — insist it’s little more than a vehicle for the worst dregs of human society: anti-Semites, white supremacists, and other members of the Stormfront set. They’re wrong.4

Then, if I understand their article correctly…Breitbart goes on and basically says the alt-right are conservatives who like setting-off non-conservatives…including by saying taboo things they don’t actually believe…just to watch the havoc it wreaks.

My take? “Alt-right” has become a label to marginalize anyone on the conservative side you disagree with. Considering there is no formal alt-right organization to establish what it stands for, anyone can claim to be alt-right and anyone can claim anyone else is part of it.

Labeling someone as alt-right is not a compliment in modern dialogue…and, regardless of whether they are fairly lumped in with the alt-right, racists are part of the dregs of society. Racists are jerks.

In These You Too Once Walked

Now, that was a long intro into what is otherwise going to be a short sermon…only making two points.

Before we do that, let’s summarize my lengthy introduction:

Or do you not know that the unrighteous will not inherit the kingdom of God? Do not be deceived: neither the sexually immoral, nor idolaters, nor adulterers, nor men who practice homosexuality, 10 nor thieves, nor the greedy, nor drunkards, nor revilers, nor swindlers will inherit the kingdom of God. 11 And such were some of you. But you were washed, you were sanctified, you were justified in the name of the Lord Jesus Christ and by the Spirit of our God.

Don’t raise your hands, but anyone here guilty of any of those?

If you don’t believe so…then I don’t think you were listening close enough…or you are deceived. Throwing in idolaters, greedy, and revilers pretty much covers anyone who has been on earth more than a half-dozen years. I personally think Paul was using understatement when he suggested “such were some of [them].” Especially when we understand that you don’t actually have to commit the act to be guilty of it, for instance lust is equivalent to adultery (see Matthew 5:28)…I think all but small children are covered by Paul’s list. Understatement is a legitimate form of speech and writing…but Paul could have said, “Such were all of you”…and in Colossians 3:5-11, he does just that:

5 Put to death therefore what is earthly in you: sexual immorality, impurity, passion, evil desire, and covetousness, which is idolatry. 6 On account of these the wrath of God is coming. 7 In these you too once walked, when you were living in them. 8 But now you must put them all away: anger, wrath, malice, slander, and obscene talk from your mouth. 9 Do not lie to one another, seeing that you have put off the old self with its practices 10 and have put on the new self, which is being renewed in knowledge after the image of its creator. 11 Here there is not Greek and Jew, circumcised and uncircumcised, barbarian, Scythian, slave, free; but Christ is all, and in all.

“In these you too once walked, when you were living in them.”

No “some of you” in those verses. In these each of us walked…and sadly…probably still walk here-and-there, but hopefully with diminishing frequency.

And lest what we just read in Colossians 3:5-11 not be convincing enough of that, Romans 3:23 succinctly says:

for all have sinned and fall short of the glory of God,

If we say we have no sin, we deceive ourselves, and the truth is not in us.

Looking back at Colossians, not only does it make it clear that all of us have walked in ways that deserve God’s wrath, but did you notice the last verse we read…Colossians 3:11:

Here there is not Greek and Jew, circumcised and uncircumcised, barbarian, Scythian, slave, free; but Christ is all, and in all.

That is a very anti-racist statement, isn’t it?

God is shows no favoritism (see Acts 10:34 & Romans 2:11)…including based on the color of our skin. We all sin and fall short of the glory of God…and we all are offered salvation if we turn from our sins and turn to Jesus.

If the alt-right are racists, they are sinning.

Let me repeat that…

If the alt-right includes racists, they are sinning.

Or do you think somehow a racist’s sin is worse than yours? That you can be forgiven your shortcomings, but a racist cannot be forgiven theirs?

All have sinned and fallen short of the glory of God.

And all are in need of a Savior.

For there is one God, and there is one mediator between God and men, the man Christ Jesus, 6 who gave himself as a ransom for all, which is the testimony given at the proper time (1 Timothy 2:5-6).

All are in need of a Savior.

Jesus gave Himself as a ransom for all.

I’m not going to get into the argument between Calvinists and Arminians about whether “all” in statements like that in 1 Timothy really mean “all”…and don’t believe universalists who say “all” means all will be saved.

In society we have stratified sins, and as soon as someone is labelled a racist, or a sexist, or a homophobe, or an Islamophobe, or whatever other “ist” or “phobe” that has moved to the front of the social justice warrior pack (with added points for intersectionality)…

They are to be exiled. They have committed one of a long list of society’s unforgivable sins, and deserve the eternal torment of hell…immediately.

But God sees with righteous eyes. He not only does not show favoritism based on gender, race, and so on when it comes to His saving grace…He doesn’t exclude your opponent’s sins from forgiveness.

And, really, isn’t that what is up in modern society? Those who agree with us can do no wrong and those who don’t agree with us are demons from the pit of hell?

Jesus saved you because you believe in Him.

Jesus will save them if they believe in Him.

Reject all sin that they do.

Reject all sin that you do.

See them with Jesus’ eyes, not human eyes.

When you look back at your life and, like me, think, “I have been such a jerk”…forgive yourself. Jesus has.

When you look at the lives of others, like racists, remember “in these you too once walked” and pray God reach them like He reached you. Pray for them, remembering…

3Roy, J. (2016, November 14). What is the alt-right? A refresher course on Steve Bannon’s fringe brand of conservatism. Los Angeles Times. Retrieved from http://www.latimes.com/nation/politics/trailguide/la-na-trailguide-updates-what-is-the-alt-right-a-refresher-1479169663-htmlstory.html