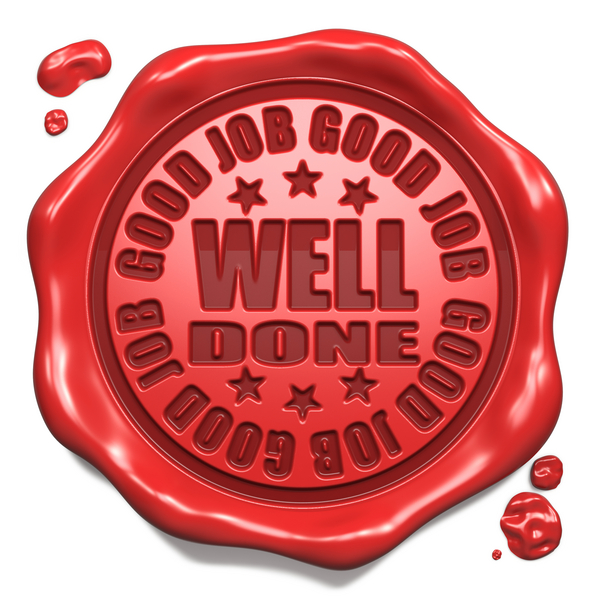 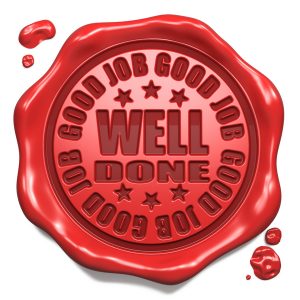 Best Compliment You’ve Ever Been Given?

Think for a moment.

What is the greatest compliment you have ever gotten? Positive words that would change any bad day to a good one?

What was the compliment?

When I was in my 20s, I really liked when, without prompting and based solely on my behavior, someone would say, “You are a Christian, aren’t you?”

Sadly, I think we’ve entered an age where much of society would not consider that a compliment anymore.

Would you also agree that the impact of a compliment can increase based on who gives it? For instance, if your best friend says, “Great job on you math homework” it is nice, but if you mathematics teacher says it…wow, you know you did well!

Based on that, who would you most like to receive a compliment from?

Today we are going to look at 6 people God complimented in the Bible. We’ll start with Job since some believe it was the first book of Scripture written.

You remember his story. Job was a good guy and the Devil basically told God that he was only behaving because God protected him. So, ultimately, God let Satan do whatever he wanted to Job except kill him. Without going into specifics, nobody wants the Devil to have power over his or her welfare, and Job suffered more intensely than anyone in this room.

After back and forth between Job, some lousy friends, and a young whipper-snapper, God speaks up and ultimately says…

7 After the LORD had spoken these words to Job, the LORD said to Eliphaz the Temanite: “My anger burns against you and against your two friends, for you have not spoken of me what is right, as my servant Job has (Job 42:7).

You can imagine, as a preacher, I would love to have a voice from above say, “Alan has spoken of me what is right.” You?

That is an awesome compliment about Job, all the greater because it said by the Most High Himself!

For the remaining five people we’ll discuss, we’ll do so in chronological order, although our next reference provides kind words for three people that were not contemporaries. Let’s turn to Ezekiel 14:12-14. In this case the compliment is embedded into dire words:

12 And the word of the LORD came to me: 13 “Son of man, when a land sins against me by acting faithlessly, and I stretch out my hand against it and break its supply of bread and send famine upon it, and cut off from it man and beast, 14 even if these three men, Noah, Daniel, and Job, were in it, they would deliver but their own lives by their righteousness, declares the Lord GOD (Ezekiel 14:12-14).

What was the compliment?

God calls all three righteous and…by the way…repeats it in Ezekiel 14:19-20.

And contrary to what a Lutheran pastor friend of mine might say…it is not looking forward to Jesus’ robe of righteousness we believers are covered with.

Would you like God to have a prophet tell the world you are righteous? The official representative on the only completely righteous Being to say, “This dude or dudette is like me”?

So, Noah was the chronological reason we went with those verses in Ezekiel…and now we move onto Abraham…who got my favorite compliment in the Bible. Those who have been able to make the adult Bible study of late have heard it since it is in James…James 2:21-23 to be specific:

21 Was not Abraham our father justified by works when he offered up his son Isaac on the altar? 22 You see that faith was active along with his works, and faith was completed by his works; 23 and the Scripture was fulfilled that says, “Abraham believed God, and it was counted to him as righteousness”—and he was called a friend of God.

What is the compliment embedded in that?

God refers to Abraham as a friend.

Are you God’s friend? Do you act like it?

Do you want to be God’s friend?!

Okay, we are zooming through compliments…saying of God what is right…righteous…and friend of God…

What man of God do you think we are going to bring up next?

What exactly did God say about Moses that we might want want said about us?

3 Now the man Moses was very meek, more than all people who were on the face of the earth (Numbers 12:3).

What does it mean to be meek? My Mac’s dictionary defines it as:

Wow! That doesn’t sound like a compliment, does it?! It’s like God stated, “Now the man Moses was a wimp, wimpier than all people who were on the face of the earth.”

But, I suspect not everybody’s translation said meek. Anybody have a different word? For instance, like this one from the New American Standard Bible’s translation?:

(Now the man Moses was very humble, more than any man who was on the face of the earth.) (Numbers 12:3)

I think the NASB is more accurate. Moses’ divine authority was being questioned by his brother Aaron and his sister Miriam, and the Lord was about to step in and defend Moses.

Oh, and by the way, Moses also had the “friend” word said about him:

Job, Noah, Daniel, Abraham, and Moses…we have gotten five of our six complimented humans…and the last one we’ll discuss today is David. Although it basically can also be found in 1 Samuel 13:14, let’s look up his divine compliment in Acts 13:22:

22 And when he had removed him, he raised up David to be their king, of whom he testified and said, ‘I have found in David the son of Jesse a man after my heart, who will do all my will.’

Although I still hold the idea of being called by God a friend highest, being described as a man after God’s own heart is pretty close. My trip through the 66 this year has me in Psalms right now…and I think it confirms what is said in Acts. David was a man after our Lord’s heart.

Okay, let’s do a poll. We’ve heard five divine compliments for six men. Raise your hand for the one you would most like to hear about yourself. I’ll read through them once so you are reminded of all your options…and then repeat for the voting…

It looks like the most popular one is _____…and since all of them are awesome things to have the Creator say about you…I won’t argue with that selection. 🙂

But I have something to tell you.

Job…Job not only said right things about God…He actually messed up enough that, starting with Job chapter 38, the Almighty lets into him.

As for Noah, yes he was a righteous guy who listened to God, built an ark, and saved mankind and a whole bunch of animals from the Lord’s warranted wrath…but if you look at Genesis 9:21, he may have had a drinking problem…getting drunk at least once.

How about Abraham, God’s friend? Well, he may have trusted God enough leave his home, but he didn’t trust the Most High not to lie…twice…saying his wife was his sister to ensure he wouldn’t be killed so someone else could have her. Take a look at Genesis chapters 12 and 20.

Then there is the most humble person on earth, Moses. One time he disrespected the Lord so blatantly and publicly God refused to let Him enter the promised land with the nation he had so faithfully led 40+ years. Numbers 20:10-12 captures Moses’ gigantic sin.

As for David…a man after God’s own heart…do I really have to provide you references for when he committed adultery and then murdered the woman’s husband? (2 Samuel 11.) However, did you also know that he took an incredibly sinful census of Israel that made God so angry that David had to choose from three years of famine, being chased for three months, or three days of pestilence? You can read about that in 2 Samuel 24. David really, really messed up multiple times.

If it was a work of fiction, why would it include negative things about its heroes?

You may wonder why, after all the positive verses, I went and messed up the good karma by talking down Scripture’s heroes.

Because…for us…it is really, really good news. Yes, that probably sounds weird…but it is good news for us to know how badly they blew it.

Did any of those men have to be perfect to warrant a compliment from God?

Only God is perfect this side of eternity.

Yet, our Lord still says some pretty amazingly kind words about them…and that shouldn’t surprise anyone who has children. Does a mom wait until her little child is an Olympic gymnast before saying, “Hey honey, great work on the balance beam”? Of course not…parents compliment their kids based on where they are in their growth…not against perfection.

Nobody always speaks right of God.

Nobody always acts as God’s friend.

Nobody is always humble.

Nobody is always after God’s own heart.

And where you are going…

This sermon was inspired by a couple verses in Hebrews chapter 11…a chapter where…basically…a bunch of people are complimented for their faith. Hebrews 11:13-16 says this:

13 These all died in faith, not having received the things promised, but having seen them and greeted them from afar, and having acknowledged that they were strangers and exiles on the earth. 14 For people who speak thus make it clear that they are seeking a homeland. 15 If they had been thinking of that land from which they had gone out, they would have had opportunity to return. 16 But as it is, they desire a better country, that is, a heavenly one. Therefore God is not ashamed to be called their God, for he has prepared for them a city.

I told you my favorite potential compliment was being called God’s friend…but I have to admit that the Lord saying He isn’t ashamed to be called my God would be good enough. More than that, it would be wondrous.

However, let’s not be satisfied with “good enough.” Let’s not do anything that would make our Lord ashamed to be called our God…but let’s not ignore that God’s friendship wasn’t just offered to Abraham and Moses. Wrapping up with John 15:12-15:

12 “This is my commandment, that you love one another as I have loved you. 13 Greater love has no one than this, that someone lay down his life for his friends. 14 You are my friends if you do what I command you. 15 No longer do I call you servants, for the servant does not know what his master is doing; but I have called you friends, for all that I have heard from my Father I have made known to you.

Jesus proved his love was greatest, laying his sinless life down for you and me and every other undeserving sinner out there.

However, let’s be more than servants. Let’s understand what God is doing…let Him change our hearts…and truly become his friends.

Is there really a better compliment?

Is there really a better offer?