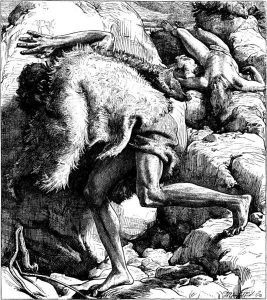 Let’s jump right into Scripture today by reading Genesis 4:8-12 together:

8 Cain spoke to Abel his brother. And when they were in the field, Cain rose up against his brother Abel and killed him. 9 Then the LORD said to Cain, “Where is Abel your brother?” He said, “I do not know; am I my brother’s keeper?” 10 And the LORD said, “What have you done? The voice of your brother’s blood is crying to me from the ground. 11 And now you are cursed from the ground, which has opened its mouth to receive your brother’s blood from your hand. 12 When you work the ground, it shall no longer yield to you its strength. You shall be a fugitive and a wanderer on the earth.”

There are many things we can discuss around those five versus, but I want to have you ponder something it does’t speak to.

How do you think Eve felt?

Imagine you are her. You love your children. Deeply love your children. You have never experienced human death, let alone that of one of your kids. Now, not only are you now forced to deal with the loss of your second son, but he was killed by your oldest boy!

Can you imagine the heartbreak she had? Perhaps we get a glimpse of that grief and anguish in how she named her next son:

25 And Adam knew his wife again, and she bore a son and called his name Seth, for she said, “God has appointed for me another offspring instead of Abel, for Cain killed him” (Genesis 4:25).

Those words do not encapsulate the extent of the pain Eve felt at the death of Abel and the righteous banishment of Cain…but they do show she missed Abel and was constantly reminded that it was her other child that was responsible for it.

How would you feel in her situation?

I think anyone who has lost a loved one can empathize. Death is destructive, not only to the one who dies…but to those who are left behind.

As hard as it might be to believe, death does have at least on “positive” side…if I may be allowed the liberty of using the adjective “positive.”

Every death is a teachable moment, whether the death is that of a kind, loved family member or that of an evil, hardened criminal.

Today we’ll focus on three things we can learn from each death. There are many more. The first also comes from Genesis, Genesis 2:15-17 to be specific:

15 The LORD God took the man and put him in the garden of Eden to work it and keep it. 16 And the LORD God commanded the man, saying, “You may surely eat of every tree of the garden, 17 but of the tree of the knowledge of good and evil you shall not eat, for in the day that you eat of it you shall surely die.”

Not long after we read those words in the Bible, we hear the serpent tell Eve that she won’t die…and foolish…deceived…selfish…Eve trusts the devil and distrusts God…eats of the apple…and…

Eve doesn’t die. Nor does Adam when he partakes of the forbidden fruit.

Well, starting with Abel, we learn the truth of God’s words.

In Abel’s case, sin killed via murder…but as we’ve seen over and over…it kills every one of us sooner or later…by natural causes or otherwise.

I was reminded of this recently as I continue reading through all 66 this year. Do you remember these words from 1 Kings 2:1-2?:

When David’s time to die drew near, he commanded Solomon his son, saying, 2 “I am about to go the way of all the earth. Be strong, and show yourself a man,

Although a man of war, David, a man after God’s own heart, had reached the natural end of his life…and…before giving Solomon fatherly advice…notes that he…like “all the earth”…was going to die.

It is appointed for man to die.

Lesson #1 from the teachable moment that death brings?

You can trust God.

The devil assured Eve she wouldn’t die. God said otherwise. Who was telling the truth?

You can trust God.

Although there is reason for joy in knowing we can trust God, we are still at a very depressing point in today’s sermon, aren’t we? Not only do we know that we personally are going to die, but we are also aware before our demise death is going to separate us, one by one, from the ones we care about.

“Death is swallowed up in victory.”

O death, where is your sting?”

56 The sting of death is sin, and the power of sin is the law. 57 But thanks be to God, who gives us the victory through our Lord Jesus Christ.

Are those depressing words?

Not at all! Thanks be to God!

When Jesus said, “It is finished” (see John 19:30), He was confirming that He had done everything required to defeat death…to destroy death. That is why in Revelation 20:14, in part, says that “Death and Hades were thrown into the lake of fire.” It is also why one chapter later, the Book of Revelation says:

He will wipe away every tear from their eyes, and death shall be no more, neither shall there be mourning, nor crying, nor pain anymore, for the former things have passed away” (Revelation 21:4).

What is the second lesson we can learn from each teachable moment death brings?

Now, that may be hard for us to fully comprehend as we are surrounded by continual, prolific death. Not only by that of those near to us, but we are bombarded with it via the news. Terrorist attacks. Tyrannical governments gassing their people. Natural disasters killing those who have no way to protect themselves from the elements when weather is extreme.

But the fact remains…

And there will come a day…

When “death shall be no more, neither shall there be mourning, nor crying, nor pain anymore.”

Death will be swallowed up in victory!

To wrap up this sermon…and to find out the third lesson we can learn from the teachable moment brought by every death, let’s head back to Revelation. We read about the lake of fire that death is thrown into…and how death shall be no more. Let’s now look at Revelation 20:6:

6 Blessed and holy is the one who shares in the first resurrection! Over such the second death has no power, but they will be priests of God and of Christ, and they will reign with him for a thousand years.

Blessed are those who share in the first resurrection. We might experience the first death that Hebrews 9:27 spoke of, but the second death has no power over us.

Sadly, that is not true of all people. Instead, turning to Revelation 21:8, we learn:

But as for the cowardly, the faithless, the detestable, as for murderers, the sexually immoral, sorcerers, idolaters, and all liars, their portion will be in the lake that burns with fire and sulfur, which is the second death.”

That lake of fire that destroys death is also that second death we avoid.

However, speaking of also, it is the fate of the wicked.

Death will be no more…but I think we will all agree that we are more worried about the second death than the first one, aren’t we?

So how do we beat death? The second death that is?

Let’s look a few verses before Revelation 21:8 and find out:

And he who was seated on the throne said, “Behold, I am making all things new.” Also he said, “Write this down, for these words are trustworthy and true.” 6 And he said to me, “It is done! I am the Alpha and the Omega, the beginning and the end. To the thirsty I will give from the spring of the water of life without payment. 7 The one who conquers will have this heritage, and I will be his God and he will be my son (Revelation 21:5-7).

We defeat the second death by drinking the free water of life…but becoming adopted sons and daughters of the Most High.

What is our third lesson from death’s teachable moment?

You can trust God…

Will you choose to drink?

This past Wednesday I received an e-mail from Augie’s teacher saying that Angie, a beloved coworker at the Strasburg Elementary School, had lost her battle with brain cancer. The note said:

Parents, there are many different ways to show grief. Some students go on with business as usual, some prefer to just stay quiet, while others remain to cry.

We know from the shortest verse in the Bible, John 11:35, that Jesus…even though He knew He would defeat death…

Wept at the death of his friend Lazurus and the pain those left behind felt.

And from that we also know that we are not saved by an uncaring Savior.

Instead, the one who defeated death weeps as we weep, grieves as we grieve…

Loves as we love.

You can trust God…

And let’s praise God that someday…and I pray someday soon…death will be no more!