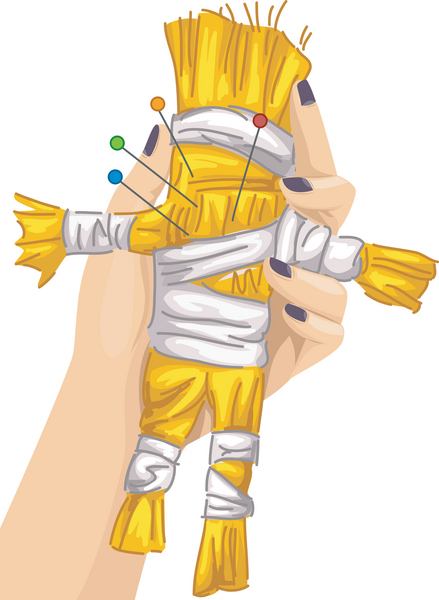 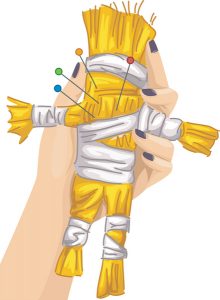 I noted it seemed pretty straightforward and posited we could extract two clear facts from it:

As “Revenge Versus Reality (Part 1)” continued, we proved the first one…but didn’t get to the second one. Will God take vengeance for you? Also, as we look at that question, I’d like to throw two others in for our consideration today: Is God vengeful and is what God does to the wicked in the end revenge?

I’ll be upfront everyone. If you want to find a vengeful God in Scripture, you won’t have much trouble. For instance, in yesterday’s “all 66 in one year” reading, this is what Judges 2:11-15 said:

11 And the people of Israel did what was evil in the sight of the LORD and served the Baals. 12 And they abandoned the LORD, the God of their fathers, who had brought them out of the land of Egypt. They went after other gods, from among the gods of the peoples who were around them, and bowed down to them. And they provoked the LORD to anger. 13 They abandoned the LORD and served the Baals and the Ashtaroth. 14 So the anger of the LORD was kindled against Israel, and he gave them over to plunderers, who plundered them. And he sold them into the hand of their surrounding enemies, so that they could no longer withstand their enemies. 15 Whenever they marched out, the hand of the LORD was against them for harm, as the LORD had warned, and as the LORD had sworn to them. And they were in terrible distress.

Sounds pretty vengeful to me. Like a wronged wife going after her unfaithful husband. The Israelites were unfaithful to the Lord, so He got cranky and He got even.

Or so it seems…and, trust me, this isn’t worst case of God apparently “getting even.”

But, did you notice verse 15? Remember what it said?

15 Whenever they marched out, the hand of the LORD was against them for harm, as the LORD had warned, and as the LORD had sworn to them. And they were in terrible distress (Judges 2:15).

“As the Lord had warned.” When did He warn them? Multiple times…and from one of those times I think we can learn a lot about what was going on in Judges. It would be great to read the whole section, but it’s a bit long for a sermon. However, please turn to Leviticus 26:14, and we’ll pick out some key verses that will help us with what we just read in Judges.

First, the earlier part of Leviticus 26 talks about the blessings the Jews will get for following our Lord. It is after that God says, in verses 14-17:

14 “But if you will not listen to me and will not do all these commandments, 15 if you spurn my statutes, and if your soul abhors my rules, so that you will not do all my commandments, but break my covenant, 16 then I will do this to you: I will visit you with panic, with wasting disease and fever that consume the eyes and make the heart ache. And you shall sow your seed in vain, for your enemies shall eat it. 17 I will set my face against you, and you shall be struck down before your enemies. Those who hate you shall rule over you, and you shall flee when none pursues you (Leviticus 26:14-17).

What did Judges 2 tell us happened to the Israelites? Did it fit “I will set my face against you, and you shall be struck down before your enemies”?

Sure did! But, warning someone doesn’t really make it less vengeful, does it? If a wife tells her husband that if he cheats on her she’s going to key his car, flatten his tires, and kill his dog, following through doesn’t mean she didn’t take revenge for his adultery.

But, the very next verse starts to give us a clue on what is really going on here. Let’s read Leviticus 26:18:

And if in spite of this you will not listen to me, then I will discipline you again sevenfold for your sins,

Before we discuss that, let’s look at similar statements through the rest of Leviticus 26:

“Then if you walk contrary to me and will not listen to me, I will continue striking you, sevenfold for your sins (Leviticus 26:21).

And if by this discipline you are not turned to me but walk contrary to me, 24 then I also will walk contrary to you, and I myself will strike you sevenfold for your sins (Leviticus 26:23-24).

“But if in spite of this you will not listen to me, but walk contrary to me, 28 then I will walk contrary to you in fury, and I myself will discipline you sevenfold for your sins (Leviticus 26:27-28).

Parents, do you discipline your children for revenge?

Because we love them.

And do you remember these words from Martin Luther King, Jr.’s Nobel Peace Prize acceptance speech in 1964?:

Man must evolve for all human conflict a method which rejects revenge, aggression and retaliation. The foundation of such a method is love.1

The foundation of godly discipline is love. We discipline because we love. God disciplines because He loves:

6  For the Lord disciplines the one he loves,

and chastises every son whom he receives” (Hebrews 12:6)

God did not hand the Israelites over to their enemies for revenge, He handed them over to discipline with them, with the hope that they would turn back! Returning to Leviticus chapter 26, we see that in verses 40-42:

He allowed bad things to happen to them because He loved them.

He allows bad things to happen to us because He loves us.

Counterintuitive, I know. But no less true.

I’ve mentioned before that I can tell how long, time-wise, my sermon is going to be by its number of pages, and as I was composing this I was already up to four by now. Since Augie is soooooooooooo looking forward to going to Kansas after church, and because of my mental promise to keep part 2 short like part 1 was…we are going to rush a bit through the rest.

First, let’s talk about what “God is.” Martin Luther King, Jr. Spoke of a a foundation of love, and both 1 John 4:8 and 1 John 4:16 clearly state that “God is love.” Now, as we’ve shown, love is not some namby-pamby sin-enabling love like the world has, because true love disciplines the objects of that love…and God truly loves us.

But, whatever we believe about God and revenge has to fit with the simple, but true, statement that “God is love.”

That loving God has told us, as amply proven last week, that we should not seek revenge.

And, we’ve agreed that God is love, right?

Is God a hypocrite?

And a God who would tell us not to do something would be a hypocrite if He then turned around and did it.

Now, don’t get me wrong…there are things that we shouldn’t do…for example, judge someone’s eternal fate…but it’s perfectly okay for an all-knowing, righteous God to tell us not to and then do it Himself.

But this is different. Revenge is an act without purpose…well, without a purpose other than self-gratification, and God, by sending His Son to die on the cross for our vengeance-deserving sins shows a complete lack of selfishness. As my Mac’s dictionary defines it, revenge is…

We want to get even to feel better, not because we love the other person. Revenge is not synonymous with justice.

God is love. As we read last week in 1 Corinthians 13, love is not resentful.

God does not tell us to get revenge and then get it Himself. For Himself or for us.

God does not get revenge. God is love. God disciplines those He loves.

The End of the Wicked

I would not say I have proven that God will not take revenge for Himself or us…but I think…within the confines of time imposed for a sermon…I’ve provided a reasonable argument pointing that direction…and if folks want…maybe in a future Bible study we can fully suss-out the subject. But, for now, we still have “Do not take revenge” from part 1, and now “God will not take vengeance for you”…or, more generally…

God is not vengeful.

How about at the very end? Isn’t that what God is doing with the wicked? Sending the lost to hell to be punished for all eternity to get even for their sins and rejecting Him?

Just like we found a motif in Leviticus 26 that answered questions about Judges 2…let’s look for a pattern in Romans 1, starting with verse 24. Before there, in verses 18-23, Paul describe’s God’s righteous wrath against the wicked, what they’ve done, and why they deserve it. Then verses 24-32 say:

24 Therefore God gave them up in the lusts of their hearts to impurity, to the dishonoring of their bodies among themselves, 25 because they exchanged the truth about God for a lie and worshiped and served the creature rather than the Creator, who is blessed forever! Amen.

26 For this reason God gave them up to dishonorable passions. For their women exchanged natural relations for those that are contrary to nature; 27 and the men likewise gave up natural relations with women and were consumed with passion for one another, men committing shameless acts with men and receiving in themselves the due penalty for their error.

28 And since they did not see fit to acknowledge God, God gave them up to a debased mind to do what ought not to be done. 29 They were filled with all manner of unrighteousness, evil, covetousness, malice. They are full of envy, murder, strife, deceit, maliciousness. They are gossips, 30 slanderers, haters of God, insolent, haughty, boastful, inventors of evil, disobedient to parents, 31 foolish, faithless, heartless, ruthless. 32 Though they know God’s righteous decree that those who practice such things deserve to die, they not only do them but give approval to those who practice them (Romans 1:24-32).

Did you catch the pattern? The motif?

Three times it says “God gave them up.”

In the end there are only two states: with God or not. God will give the saved and the unsaved the same thing.

He will give them up to their desire.

To be with God.

To be apart from God.

God isn’t getting revenge. Reality is that when the wicked are given what they want…an eternity apart from God…

That is God giving them up to what they want.

That means hell for all eternity.

Means heaven for all eternity.

All the bad things that God allows today…and the horrible thing that awaits the unsaved at the end of their time….

They aren’t revenge, they are reality.

The reality of choosing by sin to reject a God of love.

On this side of eternity He uses those bad things to discipline us.

On the other side of eternity, those bad things are what they chose.

On this side of eternity, it’s not revenge, it’s love.

On the other side of eternity, it’s not revenge, it’s reality.