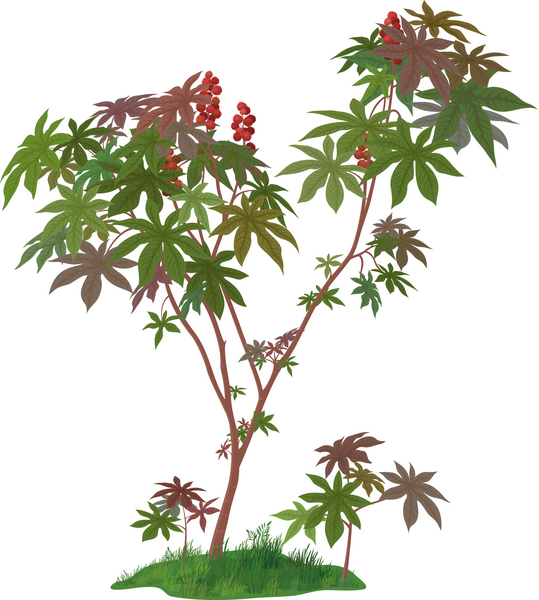 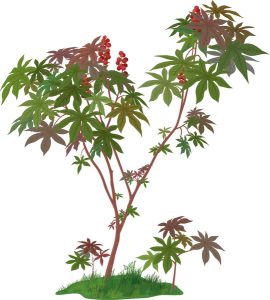 Where this object, if it touched something, would divulge unknown information.

My memory of the dream is pretty foggy…but within it the object revealed a wife had been cheating on her husband, and that revelation (understandably) blew the marriage up.

However, it was clear that the object wasn’t from God…which…of course…means it was from a dark source.

The information was accurate.

The source was demonic.

Let’s temporarily leave my “detached from reality” dreamworld, and instead discuss a legal doctrine called “Fruit of the Poisonous Tree.” Here is how the Cornell University Law School’s Legal Information Institute describes it:

Information gained from illegal behavior is usable in court.

It makes sense from an individual liberties sense. If authorities use illegal ways to gather evidence, they should not be rewarded by having that evidence be admissible in court. Not to mention that there are so, so many laws that if the government was allowed to gather evidence anyway they wanted, they could find something to convict everyone of us.

Back to My Dream

Getting back to my dream, do you think…at least philosophically…it intersected with the “Fruit of the Poisonous Tree” doctrine?

It was fruit of the poisonous tree.

Of course, the problem is that once the evidence was out…knowledge of an adulterous affair…the damage was done. The wife couldn’t say to the husband, “That is fruit of the poisonous tree and you can’t hold it against me.”

Now, in my odd dream it turned out that the husband wanted to try to save their marriage…and I cannot remember if it was during the dream or when I woke up that it seemed to me that the devil’s intent in disclosing the information the way he did was to do great harm. Personally, I think that adultery should come to light…and that the victim of it should have the right to dissolve their marriage…

But, and I mean this seriously…not just using the throw-away expression…

Lord help us if we are ever the one with the knowledge, needing to decide whether we disclose it and, if so, how…

How about biblically…what would be considered poisonous trees? It just so happens that, if you are keeping up on this year’s Bible reading, this week included very helpful sections. Let’s start with Deuteronomy 18:9—14:

9 “When you come into the land that the LORD your God is giving you, you shall not learn to follow the abominable practices of those nations. 10 There shall not be found among you anyone who burns his son or his daughter as an offering, anyone who practices divination or tells fortunes or interprets omens, or a sorcerer 11 or a charmer or a medium or a necromancer or one who inquires of the dead, 12 for whoever does these things is an abomination to the LORD. And because of these abominations the LORD your God is driving them out before you. 13 You shall be blameless before the LORD your God, 14 for these nations, which you are about to dispossess, listen to fortune-tellers and to diviners. But as for you, the LORD your God has not allowed you to do this.

13 You shall be blameless before the LORD your God, 14 for these nations, which you are about to dispossess, listen to fortune-tellers and to diviners. But as for you, the LORD your God has not allowed you to do this.

You are not allowed to do this!

Now, that last one may seem a bit different than the previous five…but think about it…

When it says, “There shall not be found among you…anyone who practices divination or tells fortunes…”

Why, even “just” for entertainment, would you read your fortune?

Basically, Deuteronomy 18:9-14 lists a whole bunch of poisonous trees and says what?

Do not listen to them!

Or…to stay with the metaphor…

Ultimately, that long list of bad people is but a subset of the first, simple commandment of the Ten:

Even When They Are Right

I don’t know about you, but I think the vast majority of the modern-day folks listed in what we read a charlatans. Fakers. But it doesn’t matter. God doesn’t make that part of the decision process. For instance, it doesn’t say, “If they can truly talk to the dead, then…”

It says if they do it, reject them.

Whether it be fakery or reality…they reject our Lord and you should reject them.

They are poisonous trees.

But, what if they are right?

Here we have “a prophet or a dreamer of dreams” who predicts something that happens. Who speaks truth. Does it matter?

Because it isn’t from the Most High (“Let us go after other gods”)…they should be completely rejected.

The really scary thing in our modern world is that it won’t necessarily be as obvious as it was back then. Baal was clearly not Yahweh…so the Baal or Yahweh choice was blindingly clear. Nowadays, however, often these false prophets claim to following our Lord. However, that is not actually new…Paul was dealing with it too. Let’s join him in 2 Corinthians 11:3-5:

But I am afraid that as the serpent deceived Eve by his cunning, your thoughts will be led astray from a sincere and pure devotion to Christ. 4 For if someone comes and proclaims another Jesus than the one we proclaimed, or if you receive a different spirit from the one you received, or if you accept a different gospel from the one you accepted, you put up with it readily enough. 5 Indeed, I consider that I am not in the least inferior to these super-apostles.

A bit further along Paul continues:

13 For such men are false apostles, deceitful workmen, disguising themselves as apostles of Christ. 14 And no wonder, for even Satan disguises himself as an angel of light. 15 So it is no surprise if his servants, also, disguise themselves as servants of righteousness. Their end will correspond to their deeds (2 Corinthians 11:13-15).

Even Satan disguises himself as an angel of light.

Just because someone seems to have the fruit of following Jesus.

Doesn’t mean they are.

If they preach a false Jesus.

If they preach a false gospel.

Even if they also preach a lot of truth.

They are a poisonous tree.

Their end will correspond to their deeds.

Don’t eat from those poisonous trees if you don’t want to join them in their ends.

Okay…when it comes to people who make spiritual or supernatural claims…it may seem easy to say:

But what about in the secular world? No claims of divine insight or wisdom.

They are okay to treat as sources for wisdom, right?

Let’s check out a few verses together:

Let love be genuine. Abhor what is evil; hold fast to what is good (Romans 12:9).

I will not set before my eyes

anything that is worthless.

I hate the work of those who fall away;

Do not despise prophecies, 21 but test everything; hold fast what is good. 22 Abstain from every form of evil (1 Thessalonians 5:20-22).

Have you ever heard people say that they don’t get Playboy for the nude pictures…only to read the articles?

We are to abhor what is evil.

We should not set before our eyes what is worthless and hate the work of those who fall away.

We should abstain from every form of evil.

Every form of evil.

They are poisonous trees.

Would you drink it?

Because the best way to make sure you are not poisoned is to limit your beverage selection to glasses of water with absolutely no poison…not those with just a little bit.

Because they are obvious!

The less obvious ones do the most damage because they are doing their damage slowly and under the covers.

You cannot keep drinking from the fountain the world provides in various forms on TV, the Internet, at schools, etcetera…

And not think it won’t affect you…especially if you aren’t also regularly drinking from the Lord’s fountain of wisdom.

An untaken antidote cannot counteract a poison and if there is enough poison, the antidote won’t work. It can be too late.

There is a way that seems right to a man,

If it isn’t the great I Am, it is a false God…a poisonous tree.

You may have noticed I’ve been really fuzzy about what trees in the world you should not eat from. That’s because, in many cases, it is a judgment call you have to make based on what God teaches you through Scripture and His Holy Spirit.

It is not always easy.

Although Paul was talking about something else, I think these words from him apply in part:

I wrote to you in my letter not to associate with sexually immoral people— 10 not at all meaning the sexually immoral of this world, or the greedy and swindlers, or idolaters, since then you would need to go out of the world (1 Corinthians 5:9-10).

The easiest rule would be to avoid everything that isn’t clearly from God. No books but the Bible. No music except for hymns. No TV except for videos of sermons from faithful preachers.

But, in all reality, to do that “you would need to go out of the world”…and you cannot…especially if you believe you are called to help Christ reach the world.

Stay true to the obvious choices:

Do not listen to the world.

You will have a god, even if that god is you.