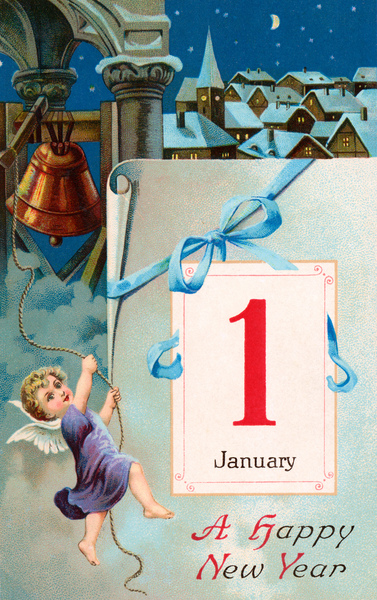 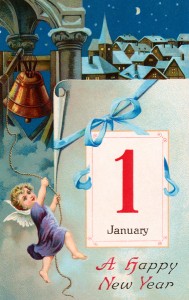 Just curious…how many New Year’s Days do you think there have been?

Personally, based on the Bible, I think it has been less than ten thousand. I know that seems to contradict the geological record and other scientific evidence of the age of the universe, but science also cannot explain how Jesus Christ was resurrected.

Christ was raised and your faith is not in vain…so let’s trust Scripture when it comes to the age of the universe, of the earth, of humanity…and it is difficult to believe things have been around for millions or billions of years based on what is written in the 66 books.

However, regardless of how many New Year’s Days there have been, today’s we label as the one for 2017. Mathematically, what is special about that number?

That’s right, it is a prime number!

Of course, that doesn’t mean it is going to be special…but the mathematician in me likes it. 🙂

2017 will likely not be special…no worse than most and no better than most…but there are some truly monumental New Year’s Days. Today we’ll quickly talk about four of them, starting to the one spoken of in Genesis 1:1-5:

Before God created, there was nothing.

When I was young, I could get a shiver up my back by pondering, “If there is such thing as nothing, why do we exist?”

I suspect I could still create that shiver if I focused on it.

But, before the first New Year’s Day, there was absolutely nothing.

Yes, there was God, but God is something different than the “something” this universe…this earth…we…are a part of.

Before the first New Year’s Day, there was absolutely nothing.

And by the end of the first New Year’s Day, what existed?

Well, because it isn’t a science textbook it’s a bit hard to totally know…but it appears that the heavens and the earth existed…along with water on the earth…and…more specifically called out…light and darkness.

What big thing was missing from the first New Year’s Day?

Our very first parents weren’t around for for that amazing first New Year’s Day…the New Year’s Day created out of nothing. Humankind didn’t enter the picture until day six.

26 Then God said, “Let us make man in our image, after our likeness. And let them have dominion over the fish of the sea and over the birds of the heavens and over the livestock and over all the earth and over every creeping thing that creeps on the earth.”

27  So God created man in his own image,

in the image of God he created him;

male and female he created them.

28 And God blessed them. And God said to them, “Be fruitful and multiply and fill the earth and subdue it, and have dominion over the fish of the sea and over the birds of the heavens and over every living thing that moves on the earth.” 29 And God said, “Behold, I have given you every plant yielding seed that is on the face of all the earth, and every tree with seed in its fruit. You shall have them for food. 30 And to every beast of the earth and to every bird of the heavens and to everything that creeps on the earth, everything that has the breath of life, I have given every green plant for food.” And it was so. 31 And God saw everything that he had made, and behold, it was very good. And there was evening and there was morning, the sixth day.

Thus the heavens and the earth were finished, and all the host of them.

Now before we develop any conclusions about mankind’s first New Year’s Day…let’s get a bit more info about Adam and Eve’s creation from Genesis 2:15-24:

15 The LORD God took the man and put him in the garden of Eden to work it and keep it. 16 And the LORD God commanded the man, saying, “You may surely eat of every tree of the garden, 17 but of the tree of the knowledge of good and evil you shall not eat, for in the day that you eat of it you shall surely die.”

18 Then the LORD God said, “It is not good that the man should be alone; I will make him a helper fit for him.” 19 Now out of the ground the LORD God had formed every beast of the field and every bird of the heavens and brought them to the man to see what he would call them. And whatever the man called every living creature, that was its name. 20 The man gave names to all livestock and to the birds of the heavens and to every beast of the field. But for Adam there was not found a helper fit for him. 21 So the LORD God caused a deep sleep to fall upon the man, and while he slept took one of his ribs and closed up its place with flesh. 22 And the rib that the LORD God had taken from the man he made into a woman and brought her to the man. 23 Then the man said,

“This at last is bone of my bones

and flesh of my flesh;

she shall be called Woman,

because she was taken out of Man.”

24 Therefore a man shall leave his father and his mother and hold fast to his wife, and they shall become one flesh.

Now, I wanted to read those other verses in Genesis because they make it appear that the first New Year’s Day from the perspective of humankind might have been missing something…do you know what it was?

I would say that the first New Year’s Day for the human race was lonely, but God was there (along with a bunch of animals)…

However, even God recognized “it is not good that man should be alone”…and then He created Eve.

How long after the first New Year’s Day for humankind was that? I cannot tell you…it may have all happened that first one…

But I can tell you that mankind has been blessed by the arrangement between man and woman that was initially instituted with the miraculous arrival of Eve.

I can tell you that I have personally been blessed by the arrangement between man and woman with Michelle, the wife I do not deserve. One of my favorite songs by Van Zant is called “That Scares Me”…where it talks about all the things that do not frighten the singer, but does say…

How sad my life without my wife would be

Now that scares me

No truer words…that is one blessing from God I never want taken away.

However, heading back to humankind’s first New Year’s Day, we know at least a few things about it:

That last point is extremely important. The first New Year’s Day for mankind was in a created universe that “was very good.”

Which brings us to the third New Year’s Day we will ponder. The one after Genesis 3:22-24:

22 Then the LORD God said, “Behold, the man has become like one of us in knowing good and evil. Now, lest he reach out his hand and take also of the tree of life and eat, and live forever—” 23 therefore the LORD God sent him out from the garden of Eden to work the ground from which he was taken. 24 He drove out the man, and at the east of the garden of Eden he placed the cherubim and a flaming sword that turned every way to guard the way to the tree of life.

Adam and Eve chose the lies of the serpent over the perfect creation of God and the consequence (in part) was that they would spend every other New Year’s Day outside the paradise created for them in the garden of Eden.

Barred from it by an angel with a flaming sword.

And I imagine that the first New Year’s Day after sin entered this world through our first parents was horrible.

Like a man who cheats on his wonderful wife and spends his first New Year’s Day away from the woman his stupidity lost.

That occasion not only filled with an unfillable loneliness, but also a reminder of the sin and its consequence.

A New Year’s Day where they could no longer walk with God in the Garden.

A harsh, deserved divorce from the Most High for their adultery.

We’ve made it through three New Year’s Days.

And, if that were to be the permanent state of all New Year’s Days, then our state would truly be something to pity. But it isn’t, as Revelation 21:1-4 makes clear:

21 Then I saw a new heaven and a new earth, for the first heaven and the first earth had passed away, and the sea was no more. 2 And I saw the holy city, new Jerusalem, coming down out of heaven from God, prepared as a bride adorned for her husband. 3 And I heard a loud voice from the throne saying, “Behold, the dwelling place of God is with man. He will dwell with them, and they will be his people, and God himself will be with them as their God. 4 He will wipe away every tear from their eyes, and death shall be no more, neither shall there be mourning, nor crying, nor pain anymore, for the former things have passed away.”

There will be another first New Year’s Day…one after the old heavens and earth has passed away and new ones have been created.

And did you notice what the arrival of the new Jerusalem is likened to?

Like bride adorned for her husband. The church is the bride of Christ. We are redeemed from our adultery by the blood of Christ.

And because of that…

After Jesus’ return the first New Year’s Day will be one of pure joy.

No more mourning, nor crying, nor pain.

For the former things will have passed away.

And everything will return to the state of humankind’s first New Year’s Day.

Walking with God in perfection.