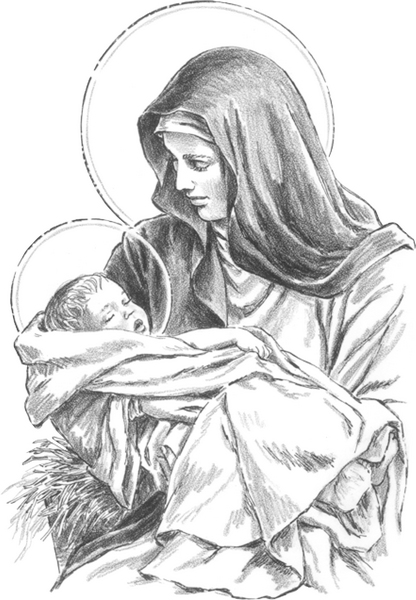 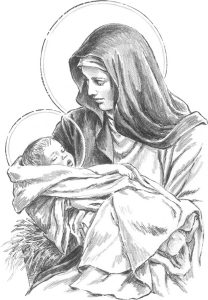 Away in a Manger

I’m not sure I would say it is in my top three, but I really like Christmas carol, “Away in a Manger.” We all know its first verse, right?:

Away in a manger, no crib for his bed,

The little Lord Jesus laid down his sweet head;

The stars in the sky looked down where he lay,

The little Lord Jesus, asleep on the hay.

It is a simple tune…and the fact that I can recall those words means it’s pretty easy to remember. 🙂

It brings to mind this part of the nativity story:

2 In those days a decree went out from Caesar Augustus that all the world should be registered. 2 This was the first registration when Quirinius was governor of Syria. 3 And all went to be registered, each to his own town. 4 And Joseph also went up from Galilee, from the town of Nazareth, to Judea, to the city of David, which is called Bethlehem, because he was of the house and lineage of David, 5 to be registered with Mary, his betrothed, who was with child. 6 And while they were there, the time came for her to give birth. 7 And she gave birth to her firstborn son and wrapped him in swaddling cloths and laid him in a manger, because there was no place for them in the inn (Luke 2:1-7).

In the adult Bible study a week back we discussed how the angel Gabriel gave Mary a heads-up about her miraculous pregnancy and the Savior it would produce, but at that point in Scripture’s narrative I imagine she looked at Jesus the same way Michelle did at Mikey and at Augie when they were first born.

With love, awe, and thankfulness.

However, at some point after His birth, Mary had to ponder the incredible words from God’s divine messenger. What exactly did she know about her newborn’s future fate?

Mary Did You Know?

And, related to that question, yesterday I realized that I had failed miserably at something. Since 2011, every year I put together a “Christmas Album ‘Must Haves'” post, and I have not yet done that for 2016. Depending on how work goes this week…and even though it’ll be moot at that point…I may still draft it.

In either case, within each article I also include some “must have” singles, and ever since the beginning it has included “Mary Did You know?” by The Gaither Vocal Band. It is the original…and I think…the best version. Now, others can disagree, for instance Michelle really likes Pentatonix’s recording. Regardless, it is a awesome song…whether or not people can poke holes into it with Scripture.

However, six years ago in a sermon entitled “Symphony of Christ, 4 Movement: The Culmination,” I discussed the tune and then wrote:

Instead I wondered what the young Jesus did or didn’t know…and when. As we were looking into His newborn eyes, did He already see the cross? Did He already know our hearts…the very hearts that would send Him to such an awful death?

Or did He have a period of peace…where he could be an ordinary little boy…enjoying the “common grace” God showers on all of us?

Have you ever wondered the same thing, or am just a bit odd in the head?

I did some quick research on the web, and there doesn’t seem to be a consensus on when babies become self-aware. A Wired article from 2013 said this:

For everyone who’s looked into an infant’s sparkling eyes and wondered what goes on in its little fuzzy head, there’s now an answer. New research shows that babies display glimmers of consciousness and memory as early as 5 months old.1

The neurobiological and psychological triggers for self-awareness have not yet been clarified. What we do know is that this occurs around 1 — 3 years. The child begins to know her own name and refer to herself by name. The child will begin to look in the mirror and realize she is looking at herself. She will also make clearer her own likes and dislikes, needs and wishes.2

Now, if experts cannot 100% know, then we aren’t going to settle the question of when babies become self-aware…or when they are able to ponder their past and future…but it would seem that at least that first night, as Mary looked down at Him with loving eyes, maybe our Lord was blissfully ignorant of His future.

Or was He? I think about something else we studied recently in the adult Bible study. In predicting the birth of John the Baptist, an angel told his father-to-be, Zechariah:

And you will have joy and gladness, and many will rejoice at his birth, 15 for he will be great before the Lord. And he must not drink wine or strong drink, and he will be filled with the Holy Spirit, even from his mother’s womb (Luke 1:14-15).

Then, when baby John, still in mom Elizabeth’s womb, came near the not nearly as far along Mary, the Bible says:

In those days Mary arose and went with haste into the hill country, to a town in Judah, 40 and she entered the house of Zechariah and greeted Elizabeth. 41 And when Elizabeth heard the greeting of Mary, the baby leaped in her womb. And Elizabeth was filled with the Holy Spirit, 42 and she exclaimed with a loud cry, “Blessed are you among women, and blessed is the fruit of your womb! (Luke 1:39-42).

It seems to me that if John was filled with the Holy Spirit in the womb…then Jesus would be too.

And that if the Holy Spirit’s effect on John was, in part, to make him aware of the closeness of the Messiah…

Then there is a good chance that “little Lord Jesus, asleep on the hay”…when He was awake, might be a lot more aware than you or I were.

However, as interesting as it is to contemplate it, does it really matter? Jesus was omniscient before He arrived on this earth, and it was then that He and the Godhead made the choice that He would die so we could live. That He would die such a horrible death that, when it is 100% clear He was fully self-aware, the Bible says this:

Then Jesus went with them to a place called Gethsemane, and he said to his disciples, “Sit here, while I go over there and pray.” 37 And taking with him Peter and the two sons of Zebedee, he began to be sorrowful and troubled. 38 Then he said to them, “My soul is very sorrowful, even to death; remain here, and watch with me.” 39 And going a little farther he fell on his face and prayed, saying, “My Father, if it be possible, let this cup pass from me; nevertheless, not as I will, but as you will.” 40 And he came to the disciples and found them sleeping. And he said to Peter, “So, could you not watch with me one hour? 41 Watch and pray that you may not enter into temptation. The spirit indeed is willing, but the flesh is weak.” 42 Again, for the second time, he went away and prayed, “My Father, if this cannot pass unless I drink it, your will be done.” 43 And again he came and found them sleeping, for their eyes were heavy. 44 So, leaving them again, he went away and prayed for the third time, saying the same words again. 45 Then he came to the disciples and said to them, “Sleep and take your rest later on. See, the hour is at hand, and the Son of Man is betrayed into the hands of sinners. 46 Rise, let us be going; see, my betrayer is at hand” (Matthew 26:36-46).

And there appeared to him an angel from heaven, strengthening him. 44 And being in an agony he prayed more earnestly; and his sweat became like great drops of blood falling down to the ground.

Does that sound like someone looking forward to the cross?

And Jesus knew before…as Philippians 2:7 says…he “…emptied himself, by taking the form of a servant, being born in the likeness of men”…

Jesus knew before He gave up His glory in heaven that the masses would scream, “Crucify him!” and that His friends…every last one of them…would desert Him after Judas betrayed Him with a kiss.

He knew He would be deserted by His friends, that He would be tortured and killed, and that His Father would treat Him as sin and turn His back to Him on the cross.

So, as interesting as it is…

As interesting as it it, it really doesn’t matter what baby Jesus, away in a manager, knew.

What matters is that the Son of God, before time started, knew.

And now you are aware.

I suspect most of you were already aware, or you wouldn’t be sitting here on Christmas day when you could be home unwrapping gifts, eating your favorite holiday foods, and otherwise enjoying the celebrations and festivities.

How you would personally sin and…

I want to finish this sermon as I did “Symphony of Christ, 3rd Movement: The Incarnation”:

Looking into a Baby’s Eyes

As we wrap up the third movement, just imagine you are one of the Magi, staring into the face of the infant Son of God. You are three-quarters through the Symphony of Christ…and “The Culmination” is about to begin.

You have probably heard stories of children who were born to provide treatment to sick brothers or sisters…for instance in order to donate matching bone marrow for fighting leukemia. Some refer to that type of child as a “savior sibling.”

Because of the nature of the disease we are afflicted with, you are looking into the info eyes of the ultimate Savior Sibling.

Thank you Jesus that you still came.