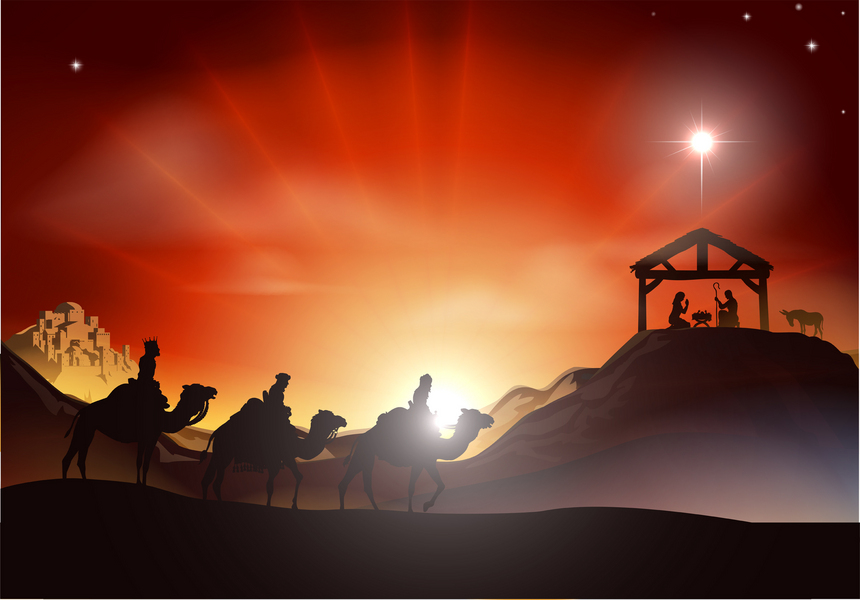 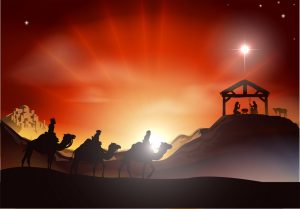 Have you ever really, really looked forward to something?

Looked forward to it so much you just couldn’t wait…and it seemed to take forever?

What was it? A trip to some exotic place? Your wedding day? Something else?

Kids, when I was your age I just couldn’t wait for Christmas. It truly was a magical season for my brothers and me, and boy we wanted the day to arrive weeks ahead. Then…Christmas Eve…we couldn’t wait for Santa to come. My parents would keep our full Christmas stockings away from us until about 5:30 or 6:00 in the morning…since they knew as soon as we had them we were going to be wide awake. 🙂

And then…to torture us all the more…after my parents got an hour or two more of sleep…we’d go downstairs…and although we could see all of the awesome gifts under the tree…many with our personal names on them…we weren’t allowed to open any until we had breakfast.

The horrors! The anticipation could have killed us!

Anybody else feel that way with Christmas?

So, what do you think…did anyone really, really look forward to the first Christmas? Did anyone anticipate Jesus’ arrival?

We’ve been studying the Christmas story in the adult Bible study, and part of that is this in Luke 2:22-26:

22 And when the time came for their purification according to the Law of Moses, they brought him up to Jerusalem to present him to the Lord 23 (as it is written in the Law of the Lord, “Every male who first opens the womb shall be called holy to the Lord”) 24 and to offer a sacrifice according to what is said in the Law of the Lord, “a pair of turtledoves, or two young pigeons.” 25 Now there was a man in Jerusalem, whose name was Simeon, and this man was righteous and devout, waiting for the consolation of Israel, and the Holy Spirit was upon him. 26 And it had been revealed to him by the Holy Spirit that he would not see death before he had seen the Lord’s Christ.

What was Simeon waiting for? [“The consolation of Israel.”]

So, it’s clear that Simeon was waiting for…anticipating…the arrival of Jesus.

But he may have been a fluke. A one-off who only knew Jesus was coming because “it had been revealed to him by the Holy Spirit that he would not see death before had seen the Lord’s Christ.” However, we can see more than just Simeon were anticipating our Lord’s behavior if we just read a little further on. Specifically, Luke 2:36-38:

36 And there was a prophetess, Anna, the daughter of Phanuel, of the tribe of Asher. She was advanced in years, having lived with her husband seven years from when she was a virgin, 37 and then as a widow until she was eighty-four. She did not depart from the temple, worshiping with fasting and prayer night and day. 38 And coming up at that very hour she began to give thanks to God and to speak of him to all who were waiting for the redemption of Jerusalem.

Now, technically it does not say that the prophetess Anna was looking forward to Jesus’ arrival…but it seems pretty likely…and who does it say she spoke to about it?

That’s right, “to all who were waiting for the redemption of Jerusalem.”

Who was “the redemption of Jerusalem”? [Jesus, of course!]

So, it’s pretty clear that there was some number of people looking forward to…anticipating…the arrival of Jesus…

And when He came they were pretty excited. With Anna, “at that very hour” she started thanking God and telling others about the baby Jesus…and with Simeon:

27 And he came in the Spirit into the temple, and when the parents brought in the child Jesus, to do for him according to the custom of the Law, 28 he took him up in his arms and blessed God and said,

29  “Lord, now you are letting your servant depart in peace,

according to your word;

30  for my eyes have seen your salvation

31  that you have prepared in the presence of all peoples,

32  a light for revelation to the Gentiles,

Simeon was pretty happy about what he saw, eh? That’s because Simeon was a smart, faithful man!

Why Were They Anticipating?

In my sermon, “I Promise,” back on September 4, I mentioned the Protoevangelium. Do you remember what that was? Let’s turn to Genesis 3:14-15 and review it:

14 The LORD God said to the serpent,

“Because you have done this,

cursed are you above all livestock

and above all beasts of the field;

on your belly you shall go,

and dust you shall eat

all the days of your life.

15  I will put enmity between you and the woman,

he shall bruise your head,

and you shall bruise his heel.”

This is just after Adam and Eve listened to the serpent…to Satan…and ate from the forbidden fruit.

Just after humankind needed a Savior because of our first parents’ foray into sin.

But God didn’t leave it there. Here is an excerpt from an article by Walter C. Kaiser, Jr. on the Billy Graham Evangelical Association web site called “The Promise of the Messiah”:

In his Encyclopedia of Biblical Prophecy, J. Barton Payne itemized 127 Messianic predictions involving more than 3,000 Bible verses, with a remarkable 574 verses referring directly to a personal Messiah! My book The Messiah in the Old Testament examined 65 direct prophecies about the Messiah. These incredible promises formed one of the most central themes of the Old Testament: the coming Messiah.

The word “Messiah” or “Anointed One” (or in Greek, “Christ”), is taken from Psalm 2:2 and Daniel 9:25-26. The term took its meaning from the Jewish practice of anointing their priests and kings. But this term was applied in a special sense to the future Ruler who would be sent from God to sit on the throne of David forever. He is the One that God distinctly identified many years ahead of His arrival on earth, as Acts 3:18 affirms: “But this is how God fulfilled what he had foretold through all the prophets, saying that his Christ [Messiah] would suffer” (NIV).

Likewise, according to 1 Peter 1:11, the Old Testament prophets predicted “the sufferings of Christ and the glories that would follow” (NIV). The Messiah’s coming was not a secret left in a corner, but the repeated revelation of God to His people in the Old Testament.1

Should Jesus’ arrival have been a surprise to the Jews? Was it “a secret left in a corner”?

Although its timing wasn’t as clear as knowing Christmas will arrive at midnight, December 25 each year, “127 Messianic predictions” meant it should not have been a surprise to first century Jews…

Just like even though we don’t know exactly when Jesus will return, the second coming should not be a surprise to us.

They should have anticipated His arrival back then.

We should anticipate his arrival now.

Those who did anticipate Jesus arrival back then looked forward to it.

We who anticipate Jesus’ arrival now should look forward to it.

And we are truly blessed being able to look back on Christ’s first arrival:

Now, before we wrap up…do you remember the “faith chapter” in Hebrews, where the writer lists a bunch of faithful people of old? After giving their names, it says:

13 These all died in faith, not having received the things promised, but having seen them and greeted them from afar, and having acknowledged that they were strangers and exiles on the earth (Hebrews 11:13).

One of “the things promised” was Jesus…but they knew they were coming and “greeted them from afar.”

And one of the people mentioned in the “faith chapter” is Abraham…of which Jesus separately said:

Abraham was given a glimpse of the future…of Jesus’ day, and what was his reaction?

Last week I asked you…

Are you looking forward to your reunion with Jesus?

Or does it make you hesitant? Worried?

Now I ask you, when you look back on what “prophets and kings desired to see”…what those with faith of old greeted from afar…for what Abraham was glad about…what is your reaction?

Do you look forward to Christmas?

But remembering the birth of the Son of God?

I don’t think there is anything wrong with looking forward to the other blessings we receive from the holiday season.

The Reason for the season.

Last week we talked about Jesus’ arrival at His Second Coming.

This week and next we have (and will) talk about His arrival at His Incarnation.

The most important arrival of all for you is the day He arrives as your personal Savior.

If that hasn’t happened for you yet, Christmas is a perfect time to acknowledge your need for that Savior, repent of your sins, and turn to Jesus…being baptized for forgiveness.

Then, it will be a truly Merry Christmas for you…and for those watching us in heaven:

Just so, I tell you, there is joy before the angels of God over one sinner who repents (Luke 15:10)

Have a Merry Christmas and make heaven smile. 🙂