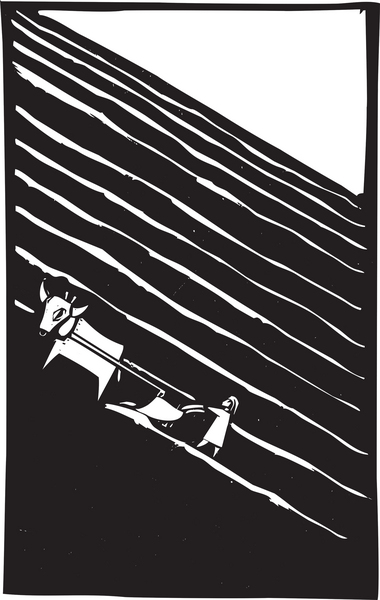 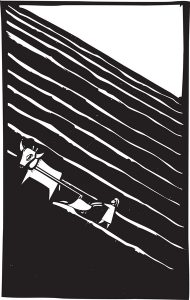 Light as a Feather

Do you feel overloaded by life?

My guess is that unless you are younger than a teenager it is very, very likely that you have said yes to one or all of those.

And I suspect that I could changed “expected” to “demanded” in all of those and you would still say yes to at least a couple of them.

Does your neck feel crushed and your shoulders feel very, very heavy with the burdens put on them?

However, even subtracting those and the fact my wife has fair expectations of me…sometimes I feel overloaded…like what I am yoked with is too heavy for me to handle. The burden can overwhelming.

But I have some really, really good news for you and me. 🙂

You may have noticed in my list of “that there is too much expected out of you” I didn’t include anything having to do with religion.

I am not as confident we’ll have such a universal set of yesses to those additions, but I do suspect, at least at times, our religion can seem more of a burden than a blessing.

Which leads us to our first, and primary Scripture for today…

Do you labor and feel heavy laden?

Then Jesus is speaking directly to you. Not to some mythological or hypothetical person.

And what does He say?

That He will give you rest. That His yoke is easy. That His burden is light.

What does he mean by His yoke being easy and burden being light? Perhaps by contrasting it with the opposite, we can better understand. Let’s turn a bit further to Matthew 23:1-4:

23 Then Jesus said to the crowds and to his disciples, 2 “The scribes and the Pharisees sit on Moses’ seat, 3 so do and observe whatever they tell you, but not the works they do. For they preach, but do not practice. 4 They tie up heavy burdens, hard to bear, and lay them on people’s shoulders, but they themselves are not willing to move them with their finger.

Jesus said His burden was light. Here He says the Pharisees’ burden is what? [Heavy.]

And what did the Pharisees do?

They took what the Lord commanded and added to them. For instance, when the Bible said to not work on the Sabbath, they added a zillion other regulations to what you could and couldn’t do on the Sabbath. In “The MacAurthur New Testament Commentary,” John MacArthur writes:

The Talmud devotes twenty-four chapters to Sabbath regulations, describing in painfully exhaustive detail what was and was not permitted to be done. The result was a ridiculously complex system of external behavior restraints—so much so that one rabbi spent two and a half years studying just one of the twenty-four chapters.

For example, traveling more than 3,000 feet from home was forbidden. But if one had placed food at the 3,000 foot point before the Sabbath, that point would then be considered a home, since there was food there, and allow another 3,000 feet of travel. Similarly, a piece of wood or rope placed across the end of a narrow street or alley constituted a doorway That [sic] could then be considered the front door of one’s house, and permits the 3,000 feet of travel begin there.1

Yet, just think of the stories of them waiting to catch Jesus…of all things…healing on the Sabbath! (See Mark 3:1-6.) They not only added myriad rules, their rules sometimes negated God’s commandment. You should read all of Mark 7:1-13, but verses 6 through 8 state:

6 And he said to them, “Well did Isaiah prophesy of you hypocrites, as it is written,

” ‘This people honors me with their lips,

but their heart is far from me;

7  in vain do they worship me,

teaching as doctrines the commandments of men.’

We know about the overwhelming burden the Pharisees put on the first century Jews…and we have heard Jesus say His yoke is easy and His burden is light.

When it comes to religious rules and regulations, what exactly does Jesus require?

Does He require we observe all the feasts outlined in the Old Testament?

Does He require we follow all the dietary restrictions as the Jews had to?

And, of course, I could go on. Even without the Pharisees putting them on steroids, God gave Israel a whole bunch of rules to follow.

I think of them as emergency measures. For their own good.

But still emergency measures. Not the way God wants to interact with His followers.

And then Jesus came.

When it comes to religious rules and regulations, what exactly does Jesus require?

I would suggest two: Baptism and the Lord’s Supper.

Can you think of any others?

Compared to how many chapters of just Sabbath regulations in the Talmud?

Twenty-four chapters…of which one chapter might need two and a half years to study.

Was Jesus correct in saying that His yoke is easy and His burden is light?

Well, at least when it comes to the dos and don’ts of religious worship.

6 The apostles and the elders were gathered together to consider this matter. 7 And after there had been much debate, Peter stood up and said to them, “Brothers, you know that in the early days God made a choice among you, that by my mouth the Gentiles should hear the word of the gospel and believe. 8 And God, who knows the heart, bore witness to them, by giving them the Holy Spirit just as he did to us, 9 and he made no distinction between us and them, having cleansed their hearts by faith. 10 Now, therefore, why are you putting God to the test by placing a yoke on the neck of the disciples that neither our fathers nor we have been able to bear? 11 But we believe that we will be saved through the grace of the Lord Jesus, just as they will.”

In the early church there were Christians who wanted to have everyone follow the rules they had grown up in as Jews. What was Peter’s inspired reaction.

They were putting God to the test by placing an unbearable yoke on the neck of the disciples.

Let’s stop now and be honest. If we feel a religious burden it’s ultimately tied to our insecurities around our salvation.

What must I do to be saved?

What must I do to remain saved?

If we feel a burden from our church, from our faith, from our God, from Jesus…that is probably why.

We fear we aren’t saved.

Doubt’s yoke is hard and burden is heavy.

And we want assurances that we are good with God…and as humans our propensity to complicate things draw us to versions of Christianity that promise us salvation if we’ll just pat our heads and rub our bellies at the same time. Reading from a sermon I preached years ago called “Ockham’s Razor”:

As humans I believe that we like to complicate things.

The sad thing, however, is that we humans also are attracted to religions who will provide us a lifetime of rituals or acts or beliefs or duties we need to do in order to be saved and remain saved.

Some of it is a fair reaction for those of us who recognize just how sinful we are. Our infractions are so great and so perpetual that there must be some cross motion to make, some prayer to repeat, some mantra to chant, some direction to pray, some penance to make, some food to avoid, some donation to make, some infidel to kill, some candle to light, some whip to use on our backs…

But our Lord…the same Lord who gave William of Ockham the brain to understand and promote his Razor…kept it simple.

Look at any other religion and ask it, “What must I do to be saved?”

If they reply, “Nothing” (the answer of an atheist or a universalist)…then they have fallen for the one potential flaw in over-applying Ockham’s Razor.

And short of that kind of useless (and wrong) answer, every other religion will give you a far more complicated explanation of what you must do to be saved.

Take all those complex explanations…put them in a list…and then put “Believe in the Lord Jesus” at the end.

Read through all of them.

Follow Ockham’s Razor—the simplest one is the right one.

Believe in the Lord Jesus.

You do not have to pat your head and rub your belly (metaphorically) to be saved and remain saved. Don’t believe me, let’s look quickly at Acts 16:30-31:

30 Then he brought them out and said, “Sirs, what must I do to be saved?” 31 And they said, “Believe in the Lord Jesus, and you will be saved, you and your household.”

Please realize the full importance of what we just read. What was the very specific and concise question?

And what was the reply?

“Believe in the Lord Jesus.”

Now, that is an easy yoke and a light burden!

And do you remember what we just read Peter say? After rejecting all the burdensome regulations, he wrapped up with:

But we believe that we will be saved through the grace of the Lord Jesus, just as they will (Acts 15:11).

For by grace you have been saved through faith. And this is not your own doing; it is the gift of God, 9 not a result of works, so that no one may boast.

What must you do to be saved? To receive salvation thanks to the grace of God.

Fight those who, like the Pharisees, would like to burden you with useless rules and regulations that work against your salvation, not for it.

Fight those who, like the Pharisees, would like to burden you with useless rules and regulations that work against your salvation, not for it.

Fight your instinct to complicate things, to do things for yourself, your insecurities, the Pharisees in your life.

Salvation is not complicated. You cannot save yourself. Jesus will do what He promises. Don’t listen to other men, listen to Jesus.

At this point I hope that some of that burden you feel on your shoulders has been lifted, but if you are like me you probably still wrestle with all the mistakes you constantly make…the sins you constantly commit.

Next week we’ll tackle that together and see how much more of your religious yokes and burdens we can remove.