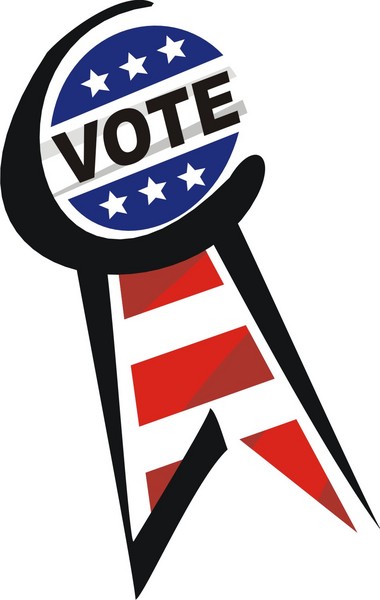 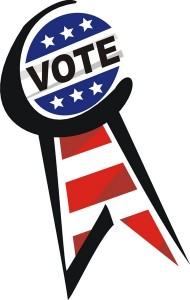 When this sermon’s notes go up on the web, if the IRS has a bots that searching for “misbehaving” ministers, then this should set off its alarms since it is titled, “How You Should Vote in 2016.”

However, they…and you…don’t have to worry. I am not going to put our tax deductible status at risk by endorsing either candidate.

Now, if I thought God wanted me to…I would regardless of the implications…but I don’t think He does. I can tell you that the two main ones are both horribly flawed from a Christian perspective…and I suspect if I spent time checking out their competition…they also wouldn’t fair well from a biblical perspective.

Instead, this isn’t about Hillary Clinton or Donald Trump, it’s about you.

How how you vote…and how how you participate beforehand…reflects on you.

And, I’ll be honest, this election season is sucking the life out of me…so I’m going to keep this short.

I could just skip preaching about it, but just as Paul “did not shrink from declaring the whole counsel of God” (Acts 20:27), I will not avoid painful subjects.

The first time I wrote about how Christians should vote was in 2010. October 30, 2010 to be exact…and I called it “A Christian Voter’s Guide.” It starts off on a bit of a tangent, but an important one, where I noted that people always vote based on their worldview. A person can claim whatever they want…but we are not divided in our own worldview…and a Christian who claims to separate their political views from their religious ones just has a different worldview than one who think the two must walk hand-in-hand.

And the latter Christian is correct. 🙂 More on that shortly.

I wrapped up that discussion with:

The point of my tangent is that if there is no absolute authority then no one can claim any stance is better than another…so don’t accept that somehow your religiously-based political opinion is worth less than an atheist’s (or any other worldview’s).

Going with (a) no matter what your worldview will inform your vote and (b) that no secular belief is inherently more valuable than a religious one…then, as a Christian, how should you vote? What issues should drive you toward one candidate and away from another? Is it wrong to be a single-issue voter? For instance, Christians are often treated as unintelligent because of the high priority many of us put on the evil of abortion. How could we refuse to vote for a politician who is “pro-choice” if, outside that, we agree with them almost 100%? How unenlightened!

In 2016 we have to expand these questions with, “How morally abhorrent does a candidate have to be to disqualify them from your vote?”

That’s a sad statement to make, but it is true…not only because both are so fatally flawed…but because we have Christians publicly judging other Christians based on who they support.

The answers to all those questions will not be 100% clear in the Bible, but the principles that should inform those answers are. The first aligns with “you must vote your conscience.”

For whatever does not proceed from faith is sin (Romans 14:23b).

Each one should be fully convinced in his own mind (Romans 14:5b).

But someone will say, “You have faith and I have works.” Show me your faith apart from your works, and I will show you my faith by my works. You believe that God is one; you do well. Even the demons believe—and shudder! Do you want to be shown, you foolish person, that faith apart from works is useless? (James 2:18-20).

You cannot separate what you do in the ballot box from your faith.

You cannot separate how you act before the election from your faith.

If you try, all you are doing is showing who your real god is…and if you look at my sermon notes…you’ll see that god is not written with a capital “G.”

In that case it’s either you or the Devil.

You cannot separate your behavior, before or in the ballot box, from your faith.

The “behavior” angle connects the first principle to the second. In this case, your behavior toward others, especially in the body of Christ.

Let’s go back to Romans 14:5…well, actually start a verse earlier and continue through verse 12:

Who are you to pass judgment on the servant of another? It is before his own master that he stands or falls. And he will be upheld, for the Lord is able to make him stand.

One person esteems one day as better than another, while another esteems all days alike. Each one should be fully convinced in his own mind. 6 The one who observes the day, observes it in honor of the Lord. The one who eats, eats in honor of the Lord, since he gives thanks to God, while the one who abstains, abstains in honor of the Lord and gives thanks to God. 7 For none of us lives to himself, and none of us dies to himself. 8 For if we live, we live to the Lord, and if we die, we die to the Lord. So then, whether we live or whether we die, we are the Lord’s. 9 For to this end Christ died and lived again, that he might be Lord both of the dead and of the living.

“As I live, says the Lord, every knee shall bow to me,

and every tongue shall confess to God.”

Clearly Paul is not talking about voting here, but the principle is applicable:

Do not judge your brother or sister in Christ just because they are going to vote for the other candidate.

Who are you to pass judgment on servant of another? In this case, that means who are you to judge other brothers and sisters in Christ about disputable matters?

Now, please don’t get me wrong…I am not saying we should never judge…Scripture says otherwise…but deciding someone is a reprobate solely because they are going to vote…or worse…actually support…Clinton or Trump is not judging rightly.

And if I think we are honest, we’ll admit in 2016 most of that un-right judgment is aimed at the supporters of one candidate.

Before you decide to pass judgment, be sure that our Lord has called you to do so…and be sure…well, that brings us to our next principles:

Do not judge by appearances, but judge with right judgment (John 7:24).

And as they continued to ask him, he stood up and said to them, “Let him who is without sin among you be the first to throw a stone at her (John 8:7).

15 “You shall do no injustice in court. You shall not be partial to the poor or defer to the great, but in righteousness shall you judge your neighbor (Leviticus 19:15).

If you are going to judge a candidate or their supporters, judge rightly.

If you are going to judge a candidate or their supporters, don’t be a hypocrite.

If you are going to judge a candidate or their supporters, judge all candidates and supporters with the same criteria.

In all honesty, the last two are included in “if you are going to judge a candidate or their supporters, judge rightly.” There are lots of ways to judge un-rightly…but really only one way to judge rightly. Perhaps the plentiful biblical cautions about judging are because we are so prone to all those ways to blow it when it comes to passing judgement.

The next two principles?

If you are going to judge a candidate or their supporters, remember you will be judged as you judge.

If you are going to judge a candidate or their supporters, remember you will be forgiven as you forgive.

I hope these last two principles give you pause. They should.

God sees everything you do.

God has made it clear how you should act.

Honestly folks, all these principles and any I would add (and I have plenty more I’d like to, trust me)…

All these principles can be summed up in a single one. How should you vote in 2016?

So simple, but we need to repeat it over and over.

Not just during this especially painful election year. In everything you do…

If you don’t, then maybe you aren’t…and then God’s righteous judgment at the end or your end won’t work out so well for you.