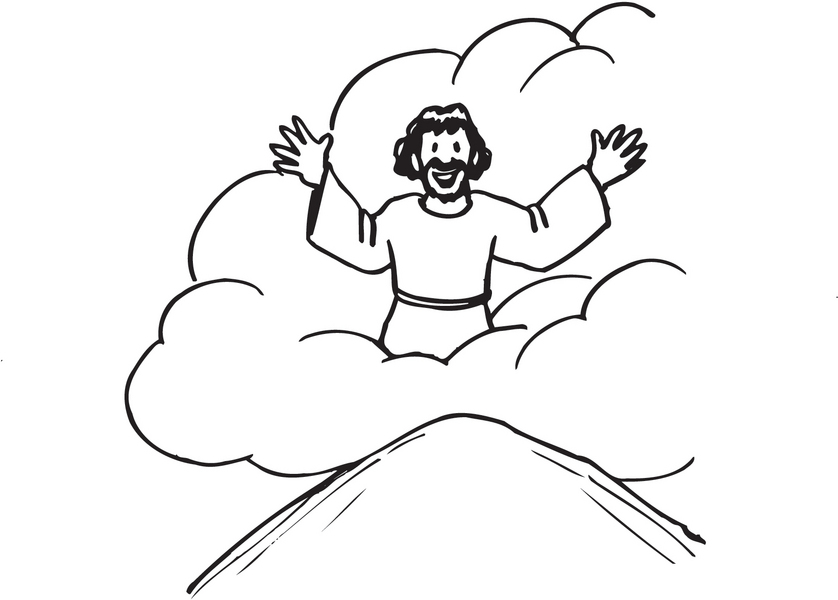 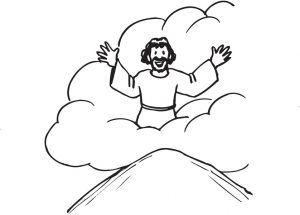 This is the second in a pair of sermons…and as with last week…kids I want you to pay special attention…as they said in the military, “Eyes front!” 🙂

Do you remember the name of last week’s talk?

That’s right, “Augie’s Sermon on the Cross,” where we learned why Jesus had to die.

You didn’t forget all of that already did you? 🙂

Do you remember the rules for preaching for children?

Did we succeed with those last week? Mostly? 🙂

I’m not sure I would say it was short…but “Augie’s Sermon on the Cross” required a lot of introduction…and this one won’t.

So, shall we stay with those ground rules kids? Simple words and short?

Now, those weren’t simple words, were they? Sounded kind of funny too, didn’t they. But, definitely not simple.

Which is what “eschatology” is…

And you know what? When you get older, you might find it fun to study about them. But good brothers and sisters in the church have wrestled about them for thousands of years…and you’ll probably find that if we are really honest with each other we’ll admit…

We don’t know exactly what will happen at the end of times. Maybe God will reveal it, but right now we don’t.

But we adults can sure argue about it a lot. 🙂

What We Do Know

However, instead of arguing about what we do not know for sure about the end times, I am going to share three things with you that we do know is going to happen for sure.

Now, that doesn’t mean that we adults never disagree about these three…but as a whole Christians believe the same thing…and the Bible is very clear about them.

Can you guess what the first one is when it comes to “Augie’s Sermon on the Second Coming”?

Wait! Do you know what the Second Coming is?

It’s just a fancy term for Jesus’ return…and…sure enough…the first thing we know for sure about the end times is that Jesus will return.

Should you believe that just because I tell you Jesus is going to return?

No! You should look it up in your bibles to make sure. We’ll do that starting with John 14:1-3, where Jesus is talking to His followers:

Is Jesus going to come back?

How do you know?

Because you can trust Jesus and He said he “will come again and will take you to” Him.

Now, if you think that is awesome, wait until you read the next part of the Bible that proves Jesus will return:

But we do not want you to be uninformed, brothers, about those who are asleep, that you may not grieve as others do who have no hope. For since we believe that Jesus died and rose again, even so, through Jesus, God will bring with him those who have fallen asleep. For this we declare to you by a word from the Lord, that we who are alive, who are left until the coming of the Lord, will not precede those who have fallen asleep. For the Lord himself will descend from heaven with a cry of command, with the voice of an archangel, and with the sound of the trumpet of God. And the dead in Christ will rise first. Then we who are alive, who are left, will be caught up together with them in the clouds to meet the Lord in the air, and so we will always be with the Lord. Therefore encourage one another with these words (1 Thessalonians 4:13-18).

The voice of an archangel! The sound of the trumpet of God! Christians who have died coming back to life.

All of us meeting Jesus in the air!

Who wants to see that?!

Well, good news is that even if He returns after we die, as long as we are one of His true followers we will get to see it, because those “who are left until the coming of the Lord, will not precede those who have fallen asleep.” If we are dead then, Jesus will bring us back to life to join him in the clouds!

Now, what we just read brings up the second thing we know for sure about Jesus’ return.

Is it going to be hidden? Only a select view get to see it?

But don’t let anyone convince you with a single Scripture. Let’s take a look at Revelation 1:7 and see what it says about Jesus’ return:

Behold, he is coming with the clouds, and every eye will see him, even those who pierced him, and all tribes of the earth will wail on account of him. Even so. Amen.

Who will see Jesus when he returns in the clouds?

So, if anyone tells you Jesus has already come back…don’t believe them. You’ll get to see it with your own eyes! Even Jesus Himself said not to believe those liars:

And he said to the disciples, “The days are coming when you will desire to see one of the days of the Son of Man, and you will not see it. 23 And they will say to you, ‘Look, there!’ or ‘Look, here!’ Do not go out or follow them. 24 For as the lightning flashes and lights up the sky from one side to the other, so will the Son of Man be in his day (Luke 17:22-24).

Do not follow them. Wait for the real Jesus to come back. You’ll know it when He does!

Okay…so far…what do we know?

Let’s figure out the third thing we know for sure about the end times.

#3 Jesus Will Return When People Don’t Expect It

To do that, we just have to keep reading where we were already were in Thessalonians. You know, “voice of an archangel” and “trumpet of God”?

Now concerning the times and the seasons, brothers, you have no need to have anything written to you. 2 For you yourselves are fully aware that the day of the Lord will come like a thief in the night. 3 While people are saying, “There is peace and security,” then sudden destruction will come upon them as labor pains come upon a pregnant woman, and they will not escape (1 Thessalonians 5:1-3).

Do you know what it means to “come like a thief in the night”?

Would a thief let you know when he or she was going to rob your house? Of course not! If he or she did you would have the police waiting, wouldn’t you?!

To come like a thief in the night means to come unexpectedly.

So the third thing we know for sure about the Second Coming is that Jesus will return when people don’t expect it.

Now Thessalonians was written by Paul…what does his fellow apostle Peter say about Jesus’ Second Coming?

But the day of the Lord will come like a thief, and then the heavens will pass away with a roar, and the heavenly bodies will be burned up and dissolved, and the earth and the works that are done on it will be exposed (2 Peter 3:10).

How will the day of the Lord come?

Okay…before we wrap up this thought…just like we did with “Jesus will return visibly”…let’s see what Jesus Himself says:

Therefore, stay awake, for you do not know on what day your Lord is coming. 43 But know this, that if the master of the house had known in what part of the night the thief was coming, he would have stayed awake and would not have let his house be broken into. 44 Therefore you also must be ready, for the Son of Man is coming at an hour you do not expect (Matthew 24:42-44).

When will Jesus return?

At an hour you do not expect. Unexpectedly.

Jesus will return when people don’t expect it.

Should you make sure you are ready for Jesus’ return at all time?

Yes!!! If we read more of what Jesus was saying it would be clearer, but that was the big point He was making.

Jesus will return when people don’t expect it.

And there you go…you now know three things that we know for sure about the end times…about the second coming of Jesus.

#3 – Jesus will return when people don’t expect it.

How do we know those three things?

Because the Bible clearly tells us…even Jesus Himself told us all three.

Those three things are good news because when He returns…if you truly believe in Him…have faith in Him…he comes back to bring you to heaven.

And He will fix everything. No more pain. No more death. No more tears.

And that is why another apostle, John, wrote these words:

He who testifies to these things says, “Surely I am coming soon.” Amen. Come, Lord Jesus! (Revelation 22:20)

Can you repeat after me?