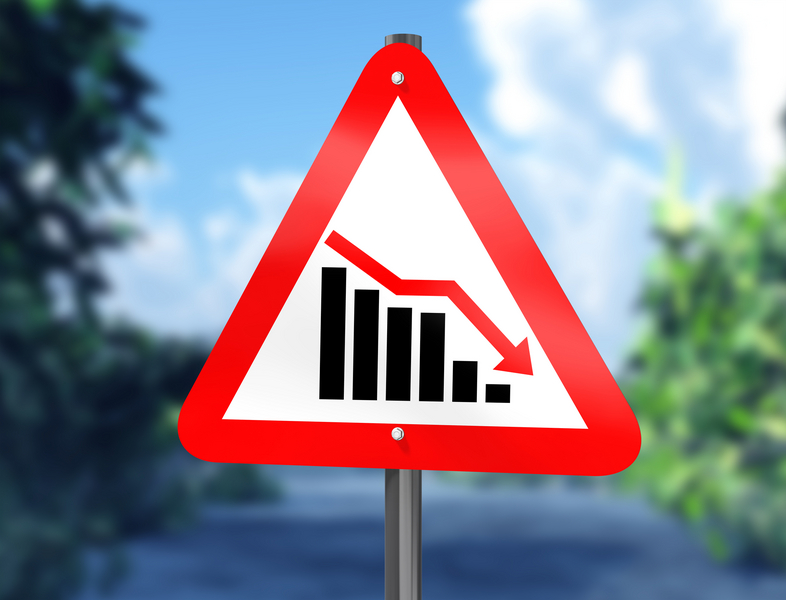 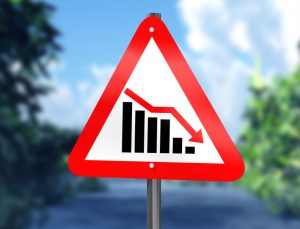 Today I would like to jump right into Scripture.

Is that okay with you? 🙂

Let’s turn to the first chapter of Jeremiah…starting with verse 4…and look how that young man was called:

4 Now the word of the LORD came to me, saying,

5  “Before I formed you in the womb I knew you,

and before you were born I consecrated you;

I appointed you a prophet to the nations.”

for to all to whom I send you, you shall go,

and whatever I command you, you shall speak.

for I am with you to deliver you,

And let’s scan not quite 10 verses down to verse 17…part of a section that starts with “The word of the Lord came to me [Jeremiah] a second time…” (Jeremiah 1:13):

17 But you, dress yourself for work; arise, and say to them everything that I command you. Do not be dismayed by them, lest I dismay you before them (Jeremiah 1:17).

Pretty impressive calling, eh? Known before he was formed in the womb…consecrated…and appointed a prophet!

Peter can help us with that:

9 But you are a chosen race, a royal priesthood, a holy nation, a people for his own possession, that you may proclaim the excellencies of him who called you out of darkness into his marvelous light. 10 Once you were not a people, but now you are God’s people; once you had not received mercy, but now you have received mercy.

11 Beloved, I urge you as sojourners and exiles to abstain from the passions of the flesh, which wage war against your soul. 12 Keep your conduct among the Gentiles honorable, so that when they speak against you as evildoers, they may see your good deeds and glorify God on the day of visitation (1 Peter 2:9-12).

A people for his own possession!

Notice also that we may not have been “appointed a prophet,” but we are to “proclaim [God’s] excellencies.”

So, we don’t have the same exact calling as Jeremiah…but it sure seems equally impressive, doesn’t it?

Please notice one more thing. Both callings came with an exhortation to commitment. With Jeremiah he is told not to fear…and “Do not be dismayed by them, lest I dismay you before them.” With us, we are urged “as sojourners and exiles to abstain from the passions of the flesh that wage war against your soul.”

These are not commitment-less callings. We represent the Most High!

And…I think we can be confident that just like Jeremiah would be expected “to abstain from the passions of the flesh,” we would be expected to stand up for God and not be dismayed. If you don’t agree with the latter, how about these words from Jesus Himself?:

Seem’s very similar to “do not be dismayed by them, lest I dismay you before them,” does it not?

Why are we talking about Jeremiah? Well, as I am reading though all 66 books this year…something I highly recommend…I ran into some verses about someone who Jeremiah’s path crossed. His name was Ebed-melech, and…well…the short version of it is this:

Jeremiah did dress himself for work and told everyone…including the leaders…a lot of things that they didn’t want to hear.

You can imagine how that worked out.

So they took Jeremiah and cast him into the cistern of Malchiah, the king’s son, which was in the court of the guard, letting Jeremiah down by ropes. And there was no water in the cistern, but only mud, and Jeremiah sank in the mud (Jeremiah 38:6).

Let me ask you this. When you think of all the possible ways you can die, would dying of starvation in mud at the bottom of the cistern be high on the list?

Don’t get me wrong…short of passing away in my sleep I can’t say any passage to eternity sounds appealing…and I know there are ways I personally would hate more…for instance, burning to death…

But what these officials did was heinous and evil.

7 When Ebed-melech the Ethiopian, a eunuch who was in the king’s house, heard that they had put Jeremiah into the cistern—the king was sitting in the Benjamin Gate— 8 Ebed-melech went from the king’s house and said to the king, 9 “My lord the king, these men have done evil in all that they did to Jeremiah the prophet by casting him into the cistern, and he will die there of hunger, for there is no bread left in the city” (Jeremiah 38:7-9).

Think about this. Jeremiah is clearly persona non-grata…the king has shown himself spineless…and some powerless member of the king’s house actually stands up for Jeremiah?!

That takes some guts!

Before I move on, I do want to note that King Zedekiah commanded Ebed-melech to remove Jeremiah from the cistern, and provided him 30 men to help.

However, in a fox hole, who would you rather have…Ebed-melech or King Zedekiah?

Easy choice for me!

“We Have Been Warned”

I had this past Wednesday off for a Cub Scout commitment and a funeral…and at breakfast…just before beginning research for this sermon…I ran into an article called, “We Have Been Warned” by Rod Dreher. First, he discusses how important churches have been in assisting people so horribly affected by the floods down in Louisiana. Then he writes:

I was thinking about this yesterday, and thinking about how to many Americans, the thing most important to them about churches like those in this conservative part of America is that they (the churches) hold “bigoted” attitudes about LGBTs. In the years to come, those churches will be forced to pay a significant penalty for holding those views. Some people say that loss of tax-exempt status, which is what many progressives would like to see happen to dissident churches, will be no big deal. Why should their tax dollars go to subsidize bigotry? they reason.1

Okay…you all can see the swamp we have waded into in this talk…so I need to stop this sermon temporarily and share some usual caveats.

Which gets us back to Dreher’s article a bit later on:

Last year, the Baptist ethicist David Gushee was quoted by gay New York Times columnist Frank Bruni as saying that “Conservative Christian religion is the last bulwark against full acceptance of L.G.B.T. people.” Gushee has fully embraced gay rights, and doesn’t simply tolerate gay relationships, but affirms their goodness. Now he has written an extraordinarily important column laying out the future for Christians who reject the Sexual Revolution in its latest form. Excerpts:

It turns out that you are either for full and unequivocal social and legal equality for LGBT people, or you are against it, and your answer will at some point be revealed. This is true both for individuals and for institutions.

Neutrality is not an option. Neither is polite half-acceptance. Nor is avoiding the subject. Hide as you might, the issue will come and find you.

By “the issue” he means those who will ferret out suspected thought criminals, interrogate them, and force them to come clean about their bigotry. Gushee lists all the kinds of people and institutions of American life that embrace homosexuality and transgenderism and, crucially, stigmatize those who do not. It is a sobering list for those who are not on it. And he’s right.2

Is this a sobering conversation for you?

And let’s be serious, if the Devil didn’t have this issue to hammer Christians with, he’d find another one for his minions to persecute us with. Remember the lion prowling about that we discussed last week?

But, just like I love LGBT people, I love you…and what kind of minister would I be if I was all skittles and rainbows as the hordes are about to break down your gates?

But you should take heart!

First, Jesus said you would be persecuted. It is a sign of being His!:

Second, you’ll never be tempted beyond that you can bear:

13 No temptation has overtaken you that is not common to man. God is faithful, and he will not let you be tempted beyond your ability, but with the temptation he will also provide the way of escape, that you may be able to endure it (1 Corinthians 10:13).

Third, our Lord is a Lord of second chances:

9 If we confess our sins, he is faithful and just to forgive us our sins and to cleanse us from all unrighteousness (1 John 1:9).

You will be persecuted because you are His. You won’t be tempted beyond that which you can bear. And…if you do blow it…He loves you and “is faithful and just to forgive” you if you confess your sins.

Oh…and fourth…we…your brothers and sisters in Christ…will be there for you just as Jesus is there for all of us.

I need you. You need me. We need each other. Every one of us needs every other one of us.

And we won’t have to!

Mind if I flip back to Mr. Ebed-melech? What I read before is not what inspired this sermon. Instead, this is:

15 The word of the LORD came to Jeremiah while he was shut up in the court of the guard: 16 “Go, and say to Ebed-melech the Ethiopian, ‘Thus says the LORD of hosts, the God of Israel: Behold, I will fulfill my words against this city for harm and not for good, and they shall be accomplished before you on that day. 17 But I will deliver you on that day, declares the LORD, and you shall not be given into the hand of the men of whom you are afraid. 18 For I will surely save you, and you shall not fall by the sword, but you shall have your life as a prize of war, because you have put your trust in me, declares the LORD’ ” (Jeremiah 39:15-18).

Who did Ebed-melech put his trust in? [God.]

How did that work out? [Very well.]

Now, I cannot promise you that if you stay true to God “you shall not fall by the sword.” You could. And worse.

However, I can promise you that if you stay true to God “you shall have your life as a prize of war.” Eternal life that is…but isn’t that really, truly the only life that matters?

And I highly recommend you come to grips with that now…before the persecution ramps up…and it will ramp up. Returning to the end of Dreher’s article:

This is a time of testing. It will cost you to remain faithful. If you are not preparing for this now (or, if you’re a pastor, preparing your congregation for this), you are behaving foolishly. As Gushee says, “The issue will come and find you.” One of the hardest things that dissidents will face is that when the Thought Police show up at the door, church people like David Gushee will proudly say, “They’re in the basement, officer.”3

Whether it is forced approval of LGBT or something else…it will cost you to remain faithful.

12 Blessed is the man who remains steadfast under trial, for when he has stood the test he will receive the crown of life, which God has promised to those who love him (James 1:12).

Yes, it will cost you on this side of eternity when you remain faithful…but wow, what a prize?!

You have been warned.

Love all humanity, including LGBT people and those who persecute you.

Fix your eyes on Jesus!