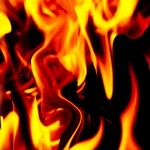 I imagine it’s far from the first time John Piper gave his view of annihilationism, but within the last 24 hours he wrote this:

Annihilation is what the unrepentant want, not what they dread. It would be a reward, not a punishment. Non-consciousness knows no loss.

I’m not going to debate the merits of his logic, but it did cause me to dust off a position paper I wrote while working on my religion degree. So, without further ado…

Alan Fahrner
Theo 250 S03 Fall 06
Position Paper #1: The Destiny of the Unevangelized and the Nature of Hell

The Destiny of the Unevangelized

The unevangelized can be saved. Throughout recorded (inspired) history, the only requirement for salvation has been faith. Additionally, Scripture makes it clear that some outside God's ecclesiastical fold keep His law in their hearts, that He searches everyone's minds, that He is never dependent on anyone (or anything) else to accomplish His will, and that His desire is that all have salvation.

What about those who do not appear to have any knowledge of God, pre-or-post Calvary? Can they have a salvation-appropriating faith? Romans 2:12-16 appears to argue yes. In verse 14 Paul notes there are Gentiles who do not "have the law" but, "by nature do what the law requires" (ESV). Verse 13 ties this to being "justified" and verses 14 and 15 note that "their conscience also bears witness, and their conflicting thoughts accuse or even excuse them on that day when…God judges the secrets of men by Christ Jesus" (ESV—emphasis mine). These Gentiles who do not have the law are justified and fair well on the Day of Judgment. They are saved.

Finally, God has never been dependent on anyone (or anything) to accomplish His will. He says His "word . . . shall not return to me empty, but it shall accomplish that which I purpose . . ." (Isa. 55:11); that He will fulfill what He has spoken (Num. 23:19); that what He speaks He will "perform" (Eze. 12:25); and that He will accomplish all that He "purposed" (Is. 46:10). There is never any question whether God will do what He intends, and we know that He desires all people be saved (1 Tim. 2:4) and that it has always been His intent to provide salvation via the "Lamb slain from the foundation of the world" (Rev. 13:8, KJV). It is true that our Lord calls on man to help Him accomplish His purposes, but any claim that our help is required would negate the omnipotence of God. Additionally, we have evidence that God does work through non-human methods, whether it is searching and testing hearts (please see above) or general revelation (nature and conscience).

In summary, Romans 9 is frequently used to argue that God can damn whoever He pleases, yet, read to its very end, it may be a stronger argument that He can save whoever He wants. Although the evidence may not be convincing to many, there is plenty of indication that God does have paths to save people outside of evangelism, and who are we to insist He cannot?

The Nature of Hell

Hell is a symbol for destruction, not a place of eternal torment. This conclusion is based on three high level arguments: God alone is immortal, death is really death, and the word "eternal," when it comes to death/punishment/etcetera, means "in effect."

Most evangelicals would argue that eternal death is a mirror image of eternal life. Eternal life is forever in bliss, thus eternal death is forever in torment. However, we know everything does not have an equal opposite, especially in spiritual realms. For instance, "evil" is not a polar equivalent of "good"—the latter is far more powerful, just as God is far more powerful than the Devil. It is a false symmetrical assumption to believe life and death are exact opposites hinged on eternal location.

Looking at the word most commonly translated "eternal" in the New Testament, the Greek word aiōnios, it is most frequently used in the phrase "eternal life." However, it also is an adjective for fire, punishment, dwellings, God, weight of glory, destruction, comfort, dominion, glory, salvation, redemption, Spirit, inheritance, covenant, glory, kingdom, and gospel (based on the NASBu). Many of these do not make sense if they must be perpetually happening—instead they are better understood by the concept of eternal effect (for instance, Jesus' singular work on the cross gives us "eternal redemption"—it is not some act that is being repeated eternally). The question is in which contexts "effect" is the appropriate interpretation. Good people can disagree—but neither side can use a rigid approach. (For instance, "destruction" is absolute; you cannot eternally destroy something. As such those who believe in an eternal conscious hell have to contextualize eternal to mean "effect"—or make "destruction" itself symbolic).

Finally, "eternal" is not the only word used to communicate "for ever and ever." Actually, "for ever and ever" is used in two references that are favorites of "perpetual conscious hell" believers—Rev 14:11 and 20:10. Looking especially at the last as clearly speaking of hell, it is hard to see as it being anything but figurative. Yes, the beast, false prophet, devil, and anyone who is not in the book of life are thrown in the lake of fire, but so are Death and Hades (see Rev. 20:10, 14, 15). If "eternal death" is hell, and "Hades" (at least for the wicked) is also hell, then would not that be saying that hell was thrown into hell? Regardless, it is a place where concepts or places can be thrown, which would not be a literal location.

Those who do believe in an eternal conscious place for the wicked have a reasonable scriptural basis. My argument is that as one weighs all the references that have to do with eternal fate, especially that of the wicked, one has to contextualize them—otherwise the Bible would contradict itself. Annihilationistists just contextualize them differently than most Christians, but in doing so are the only ones to avoid spiritualizing both life and death themselves.