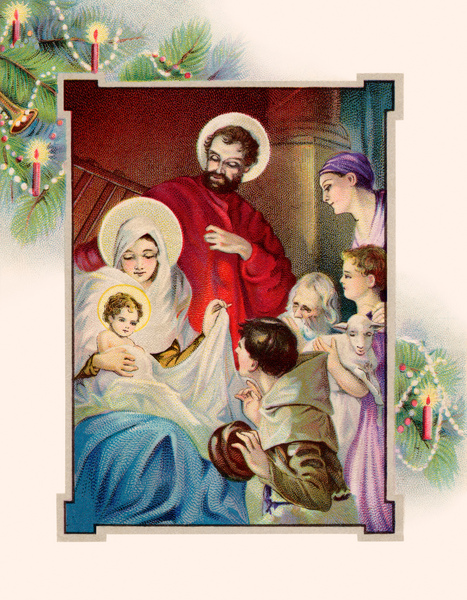 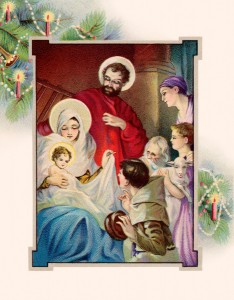 Last night I saw some posts on Facebook where people lamented they were having trouble getting into the Christmas spirit. I cannot claim to have that issue given, this year, I created a somewhat popular Christmas radio station and…of course!…have provided my yearly Christmas album must haves. 🙂

However, over the past day or so as I thought of what I would write for my yearly Christmas message, I was “coming up short.” What to write about? What could I say beyond what has already been said?  In reality there is little I could say that hasn’t already been said by those far more gifted with words, and I still like the simplicity of what I wrote in 2013. Luckily, this morning (once again) Charlie Daniels tweeted something I thought worth sharing, even on a day as special as this:

My Christmas wish
May your table be bountiful,your cup overflowing and your heart brimming with the peace that passes all understanding .

My Christmas wish
May your table be bountiful, your cup overflowing and your heart brimming with the peace that passes all understanding.

If you reading this…well, even if you aren’t…I wish you the same. However, I would add something that is implicit in you receiving “the peace that passes all understanding” (see Philippians 4:7)…

May you actually be given faith in the One whose birth we recognize on this day. And it is truly a gift…a Christmas present of immeasurable value:

For by grace you have been saved through faith. And this is not your own doing; it is the gift of God, not a result of works, so that no one may boast (Ephesians 2:8, English Standard Version). 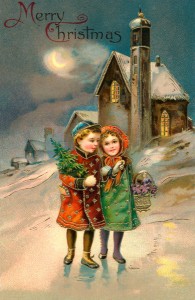 Although the Christmas spirit appears under incremental attack, it seems that, once a year, the smiles are more abundant, the wishes of “good will to all” are more genuine, and the joy from giving is greater than the joy from receiving. I prefer to think this isn’t just some type of mob hypnosis caused by abundant decorations, myriad Christmas sales, and holiday classics on the radio and TV; that instead it is a form of God allowing His rain to fall on both the righteous and unrighteous (see Matthew 5:45). Is that wishful thinking? Naivety? Perhaps not.  Last night, at our Christmas Eve service, I was blessed to be able to read the nativity story, and am now reminded of these words from the archangel Gabriel:

And the angel said to them, “Fear not, for behold, I bring you good news of great joy that will be for all the people. For unto you is born this day in the city of David a Savior, who is Christ the Lord” (Luke 2:10-11, emphasis mine).

No, I don’t think Gabriel was prophesying about a holiday season 2,000 years in the future…but Jesus is a blessing for all of us…and I do think that fact is especially true this time of year.

If people allow it to happen…and sometimes when they fight it. 🙂 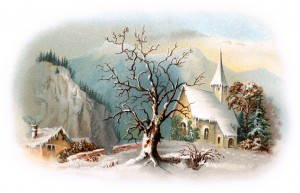 To those who have been told that the Incarnation is just some fairy tale (part of a larger assemblage of mythology)…and to those who are doing the “telling”…yes, it is crazy!

But modern science has proven things that seemed crazy to those who came before, has it not? Just because we cannot conceive of something does not mean it isn’t true…and the increasing knowledge about the material does not negate the existence of the immaterial (nor reduce its importance).

To atheists and agnostics out there…friends, family, coworkers, acquaintances…and perhaps you…I fully agree that much of what Christendom teaches and does is just plain crazy. We often have (sometimes dangerous) blind faith, firmly believe contradictions, behave in unbelievably hypocritical ways…

Well, I am sure you can fill out this list better than I can. 🙂

But, none of that annuls the chance (I would argue the reality) that, over 2,000 years ago, God sent His Son to this earth:

For God did not send his Son into the world to condemn the world, but in order that the world might be saved through him (John 3:17).

Yes, the Incarnation is crazy by modern standards…as is the gospel whole. 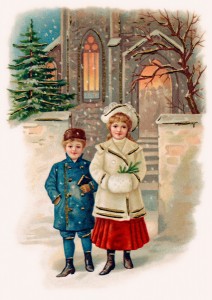 Some of that crazy is because Christians are often the most human of humans. (Forgive us Lord.)

Some of that crazy is because you are also human and cannot see, without an open heart and the help of the Holy Spirit, beyond the confines of space and time.

My ultimate Christmas wish for you this holiday season is that you find the part of that crazy that is actually true, and that you will join the saints of past, present, and future in an eternity with the One who started His life as a babe in a manger and ended it as a man on the cross.

To you and yours a very Merry…and crazy…Christmas. My love to you all.

This article cross-posted on Countdown2.Christmas.

2 thoughts on “Wishing You a Crazy Christmas”