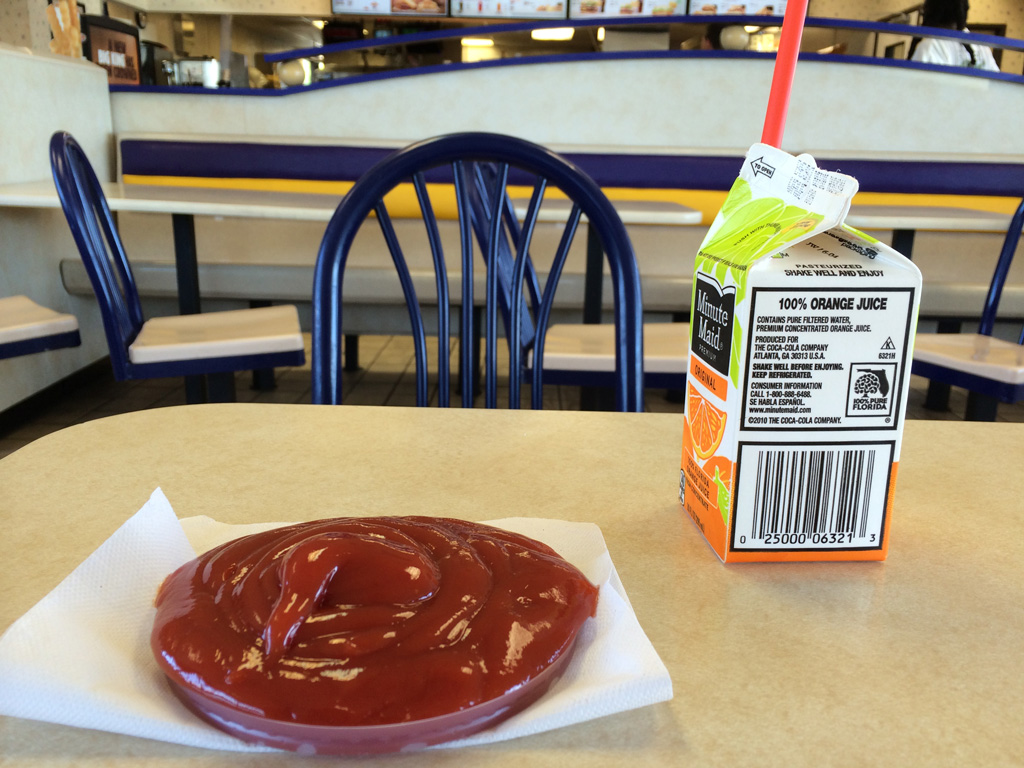 Every Saturday since Augie was a toddler, he and I have gone out for a daddy/son only breakfast. As a dad who has travelled and worked too much, it has been an immeasurable blessing. In Antrim, New Hampshire we went to T-Bird (which has a Dunkin’ Donuts); here near Denver Burger King is our normal haunt. If you have ever had BK’s hash browns (with a liberal amount of ketchup), you will understand why. 🙂 Last week, as Augie waited at the counter for our food, I took a picture of his empty chair and tagged it as “Invisible Augie” (we always sit in the same exact place unless some nefarious person grabs his table). This week it took thick dad a bit to realize what Augie meant when he said he had to go to the counter for “Invisible Augie”…but after he mentioned a picture, I caught on. 🙂 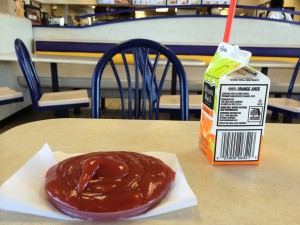 However, this week’s tragic suicide of teenager Braxton Caner made me think of how it would be if the image above became permanent. What would I do if “Invisible Augie” permanently replaced “Visible Augie”?: 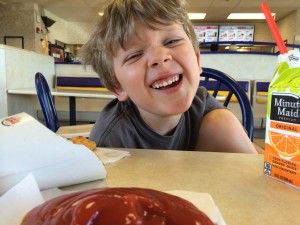 Would I still go to Burger King each week? If I did, would the empty chair be an overwhelming painful reminder of what I lost? How would I handle it? How could I handle it? I quickly banished the thought then (and am doing so now) because allowing my mind to wander into that unthinkable space would bring me to tears. Yet, in about an 15 minutes, another father, Ergun Caner, will be again faced with that unthinkable reality as he, his wife Jill, his church, and Braxton’s friends gather together to remember a child who will never be in his dad’s photos again this side of eternity: https://twitter.com/erguncaner/status/494899632023928832

No words. No sermon. No funny quotes. No answers. No note. Nothing but excruciating pain & the assurance that I’ll see him in Glory

That hope does not mean we do not mourn; the tearing away of part of our heart, albeit temporarily, is still an excruciatingly painful experience. But it is a hope backed by a promise: https://twitter.com/erguncaner/status/494378251649699840

Although I agree with Ergun’s choice of Scripture, I prefer to go all the way to verse 18:

But we do not want you to be uninformed, brothers, about those who are asleep, that you may not grieve as others do who have no hope. For since we believe that Jesus died and rose again, even so, through Jesus, God will bring with him those who have fallen asleep. For this we declare to you by a word from the Lord, that we who are alive, who are left until the coming of the Lord, will not precede those who have fallen asleep. For the Lord himself will descend from heaven with a cry of command, with the voice of an archangel, and with the sound of the trumpet of God. And the dead in Christ will rise first. Then we who are alive, who are left, will be caught up together with them in the clouds to meet the Lord in the air, and so we will always be with the Lord. Therefore encourage one another with these words (1 Thessalonians 4:13-18, English Standard Version).

One of the things that has blessed me in following Ergun on Twitter has been the pictures he takes with his boys. It shows a mutual love between dad and sons that is unmistakable. I only interacted once with Braxton (and his response to me no longer is available on Twitter)… https://twitter.com/AlanCult/status/484532040407056386

@braxtoncaner89 Kudos to you for standing up for your dad. @erguncaner

..but I will miss him. I will miss the selfies with him and his dad. Yes, I know that “with the voice of an archangel” Braxton will rise again (and I will get a chance to finally meet him in person), but those “empty” photographs will be a painful reminder of what sin has wrought on this earth. (For clarity’s sake I do not mean Braxton’s sin…I mean our sin…which first started with Adam and Eve in the Garden of Eden and which every single human, except One, has repeated in one form or another.) As my thoughts for this article started wrapping up, this exchange in the movie Serenity came to mind (where a government agent is reviewing footage of a patient’s escape with the doctor overseeing her “treatment”):

The Operative: Have you looked at this scan carefully, Doctor? At his face? It’s love, in point of fact. Something a good deal more dangerous.

Look into Braxton’s face in this picture and tell me what you see (image from @erguncaner’s Twitter feed): 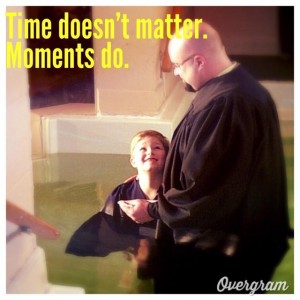