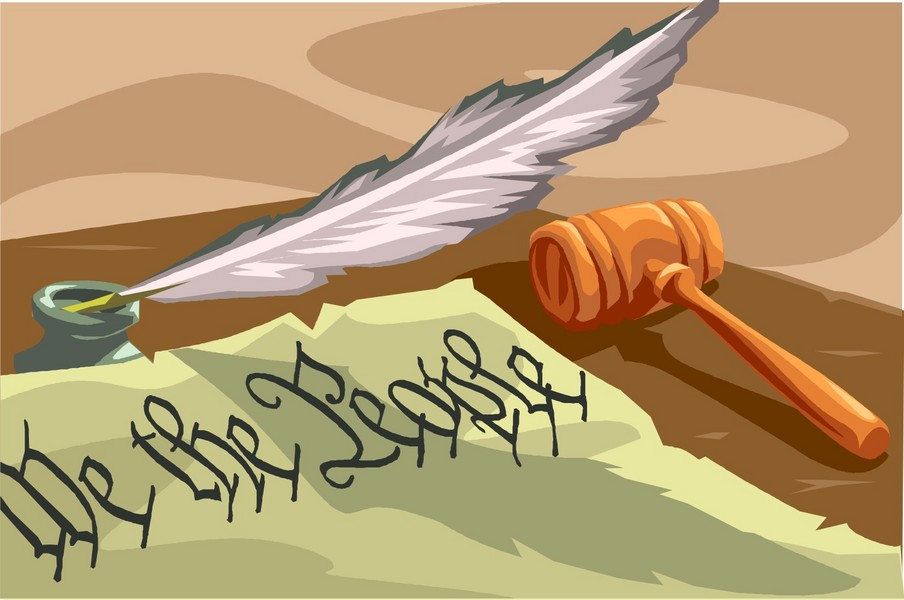 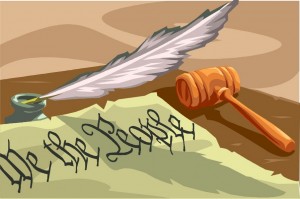 In a decision yesterday that was a win for religious freedom, the U.S. Supreme Court found in favor of Hobby Lobby and some other companies, ruling that they cannot be forced to provide insurance coverage for certain types of birth control they consider abortifacients.

Although I am more a glass half full kind of guy, I guess I don’t see this as good news? Why?

Because even though the U.S. Constitution says this…

Congress shall make no law respecting an establishment of religion, or prohibiting the free exercise thereof; or abridging the freedom of speech, or of the press; or the right of the people peaceably to assemble, and to petition the government for a redress of grievances.

…the victory was by only a single vote.

Liberalism generally gains incrementally, but once they win a battle it is no longer up for discussion. Sooner or later it’ll be 5-4 the other direction and, permanently, we will have government officials who know your faith better than you do, just as Justice Ginsburg does in her dissent:

Undertaking the inquiry that the Court forgoes, I would conclude that the connection between the families’ religious objections and the contraceptive coverage requirement is too attenuated to rank as substantial.1

You may think that there is a big conflict between what you consider murder and your religious beliefs, but you are wrong.

Am I being too pessimistic about the future? Remember, this is the same court who earlier this year refused to hear the case of Elane Photography, whose Christian owners didn’t want to take photos of a same-sex marriage because they thought it was equivalent to endorsing the ceremony.2 That Supreme Court rejection meant the ruling against Elane Photography by New Mexico’s highest court stood.

If I were a betting man I would say within 20 years (perhaps 10) Christians will be told by the government that if they want to own a business they must compromise their beliefs.

Finally, I find it especially aggravating that we have justices that choose to read into the Constitution whatever they want. Their job is supposed to be to understand (and communicate) the original intent of the writers, but instead they often rule for the political and social constructs they support.

But, if you think about it, are we Christians any better? The U.S. has an “ultimate authority” document that courts often ignore or interpret to support their views.

Christians also have an “ultimate authority” document that we often ignore or interpret to support our views.

Eisegesis is wrong whether it is done with the Constitution or the Bible.

More and more, as a nation, we are getting what we deserve…

UPDATE: Bill O’Reilly makes a similar point about the closeness of the 5-4 decision in his Talking Points from yesterday.

UPDATE (July 4, 2014): Yesterday the Supreme Court granted Wheaton College a temporary injunction against the “accommodation” HHS provided religious organizations for its contraception (and, I would argue, abortion) mandate. If news reports are correct, the three female justices were apoplectic, in Justice Sotomayor included this in her dissent:

Let me be absolutely clear: I do not doubt that Wheaton genuinely believes that signing the self-certification form is contrary to its religious beliefs. But thinking one’s religious beliefs are substantially burdened—no matter how sincere or genuine that belief may be—does not make it so.3

This is exactly what I was speaking about above. The “enlightened” elite will tell you what really is a consequential burden to your religious beliefs, and what isn’t.

By the way, if you go continue reading past Sotomayor’s statement above (the third footnote below has the link) it appears to me that clearly intelligent people are no more able to see past their ideologies than us ignorant masses. She uses a Seventh Circuit analogy about a Quaker getting out of military service (and then saying if someone else replaces them it’s against their faith) to argue “Wheaton’s complicity theory cannot be legally sound.” Assuming I could get him to pay attention :-), my six year-old understand logic enough to understand that just because there are similarities between the real case and an analogy, that doesn’t mean the analogy applies.

“Do monkeys have ears?”

Augie and I have fun with that type of childish logic, but it is dangerous when a Supreme Court Justice cannot see past her (or his) ideological views. If anything, one of the arguments I’ve heard against forcing Hobby Lobby to pay for contraception is that if giving women free contraception was so darn important, the government could pay for it themselves (instead of forcing a closely held corporation to do so). Oddly enough, that’s what is really happening in the Seventh Circuit’s Quaker military service analogy (the government would be replacing the Quaker, not doing some dopey shell game where the Quaker, for all intents and purposes, is paying the replacement’s salary himself).

And yes, there are those who believe they should be able to hold back portions of their taxes that pay for what they consider immoral (e.g. the military)…but that ship sailed long ago in the United States and Jesus nixed that option for Christians:

So they asked him, “Teacher, we know that you speak and teach rightly, and show no partiality, but truly teach the way of God. Is it lawful for us to give tribute to Caesar, or not?” But he perceived their craftiness, and said to them, “Show me a denarius. Whose likeness and inscription does it have?” They said, “Caesar’s.” He said to them, “Then render to Caesar the things that are Caesar’s, and to God the things that are God’s.” And they were not able in the presence of the people to catch him in what he said, but marveling at his answer they became silent (Luke 20:21-26).

So as not to sound as illogical as Sotomayer, I do realize that all may not agree with my application of the “render to Caesar” incident recorded by Luke. Difference is that even if my logic is wrong I wouldn’t use the power of the government to force you to go against your conscience because of it, even if I had the authority to do so.