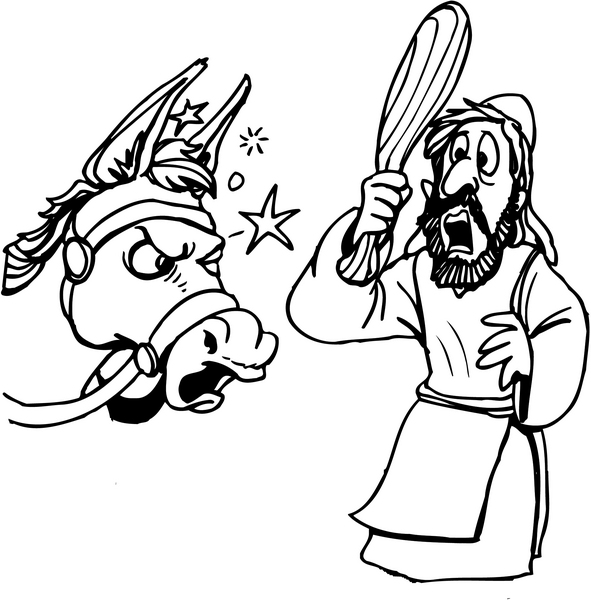 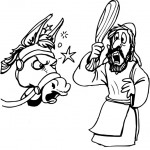 As seems so often true, if I really like a television series it only lasts one season (or less). Firefly fits that category perfectly (although I don’t know if I actually watched it while it was first airing). The good news is that it was followed up by a tremendously entertaining movie, Serenity. (If you like sci-fi and/or action-adventure.)

In that film, the primary “bad guy” (known as “The Operative”) is played perfectly by Chiwetel Ejiofor. One of his most memorable phrases is “Do you know what your sin is?”…first used with a doctor whose pride meant he exposed Alliance leaders to a mind-reader (who has now escaped and holds their darkest secrets).

The Operative’s “Do you know what sin is?” question came to mind as I read the story of Balaam in Numbers 22-24. Short version is that Balak, king of Moab, was wise enough to see how large Israel was and what had happened to those who opposed them. (It did not bode well for him and his nation, Moab.) Balak figured he could pay/bribe the prophet Balaam to curse Israel, and all would be well.

So the elders of Moab and the elders of Midian departed with the fees for divination in their hand. And they came to Balaam and gave him Balak’s message. And he said to them, “Lodge here tonight, and I will bring back word to you, as the Lord speaks to me.” So the princes of Moab stayed with Balaam (Numbers 22:7-8).

Okay, let’s give Balaam the benefit of the doubt at this point…and assume God had never made it clear to Balaam that the Jews were His people.  However, when Balaam got our Lord’s answer he could no longer claim ignorance:

God said to Balaam, “You shall not go with them. You shall not curse the people, for they are blessed (Numbers 22:12).

At this point Balaam sends them away.

But Balak doesn’t give up and sends more (and higher level) princes to coax Balaam into cursing Israel.

But Balaam answered and said to the servants of Balak, “Though Balak were to give me his house full of silver and gold, I could not go beyond the command of the Lord my God to do less or more. So you, too, please stay here tonight, that I may know what more the Lord will say to me” (Numbers 22:18-19).

Hmmm…considering how clear our Lord was the first time, why would Balaam even ask a second time?

Ignoring that question for the time being, this time God gives him permission to go…but soon after he is on his way:

But God’s anger was kindled because he went, and the angel of the Lord took his stand in the way as his adversary (Numbers 22:22).

Or, to apply The Operative’s approach, “Do you know what your sin is Balaam?”

I would suggest that when we really, really want to do something wrong the Lord allows us rebellious humans (even us Christian ones) to go down the wrong path. That doesn’t mean He approves of it or that He may not allow (or make) that path painful so we learn. Balaam should have known better…but Balaam really, really wanted the riches and honor that Balak had to offer.

Now, one could argue that all the time Balaam made it clear that no matter what Balak gave him he would only say or do that which the Lord let him. That’s pretty righteous, right?

No, not if his heart wasn’t in it. He may have been smart enough not to go outright against God by cursing Israel, but he really, really wanted to get what the king of Moab had to offer.

And aren’t we all guilty of being smart enough not to do something outright wrong against the Most High, while secretly desiring we could for some benefit?

“Do you know what your sin is Balaam?” Greed and covetousness I would suggest. Just because he didn’t get to fulfill it doesn’t mean he didn’t have it. As is clear within Scripture, the heart is what matters, not necessarily actions.

Peter confirms my conclusion about Balaam’s sin, at least partially:

Forsaking the right way, they have gone astray. They have followed the way of Balaam, the son of Beor, who loved gain from wrongdoing, but was rebuked for his own transgression; a speechless donkey spoke with human voice and restrained the prophet’s madness (2 Peter 2:15-16).

Oh yeah, you should read the whole story in Numbers 22-24…I mean it has a talking donkey (who is smarter than Balaam) and all. 🙂

Finally, to wrap up this post, I should note how Numbers 25 (the next chapter) starts off:

While Israel lived in Shittim, the people began to whore with the daughters of Moab. These invited the people to the sacrifices of their gods, and the people ate and bowed down to their gods. So Israel yoked himself to Baal of Peor. And the anger of the Lord was kindled against Israel (Numbers 25:1-3).

Although Balaam couldn’t curse Israel, but he figured out another way to cause them to fail:

But I have a few things against you:you have some there who hold the teaching of Balaam, who taught Balak to put a stumbling block before the sons of Israel, so that they might eat food sacrificed to idols and practice sexual immorality (Revelation 2:14).

In the end, you’ll always figure out a way to do what you really, really want to do…

Do you know what your sin is?