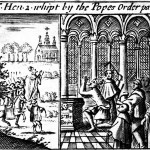 "While we all agree that religious freedom is important, no one’s religious beliefs make it acceptable to break the law by discriminating against prospective customers," ACLU staff attorney Amanda Goad said in a statement. "No one is asking Masterpiece’s owners to change his beliefs, but treating gay people differently because of who they are is discrimination plain and simple."

The rest of the article is available here. Basically, if you don’t want to use your artistic skills (translation: free speech) to implicitly endorse something you consider (and the church from day one has considered) sinful…too bad…something that is specifically mentioned in the First Amendment (religious freedom) is trumped by something that is never discussed in all of the Constitution (sexual preference).

This reminds me of a sermon I did called "Steppin’ Stone." In it I shared a similar case with a Christian photographer:

Elaine Huguenin didn’t try to leave the world. Instead, with her husband Jonathan, she opened a business that, I assume, allowed her to earn money doing something she really enjoys. And when Vanessa Willock asked them to photograph her commitment ceremony, they acted like Jesus and implicitly called Vanessa Willock to repentance by declining to do so.

And, I suspect, in a very Christlike way.

Little did they know that seven years later the Supreme Court of New Mexico would tell them to keep that their strongly held religious beliefs cannot inform their actions…at least when their religious beliefs have to do with sexual behavior.

Can religious belief be separated from religious conduct?

Which, as I wrote this part of my sermon, came off as ironic given that "the court rejected any legal differentiation between homosexuality and homosexual conduct."5

But religious belief can be separated from religious conduct?

And don’t forget you are a Christian 24 hours a day and 7 days a week, so all your conduct is "religious conduct." Our Christianity is not a costume or an act, it is a calling and an adoption.

If you are a true Christian…when it comes to persecution…you’ll get your chance.

P.S. Before you assume I have some animosity toward practicing homosexuals or think it’s okay to treat them as second class citizens, please read "What I Think About Homosexuals and Homosexuality."