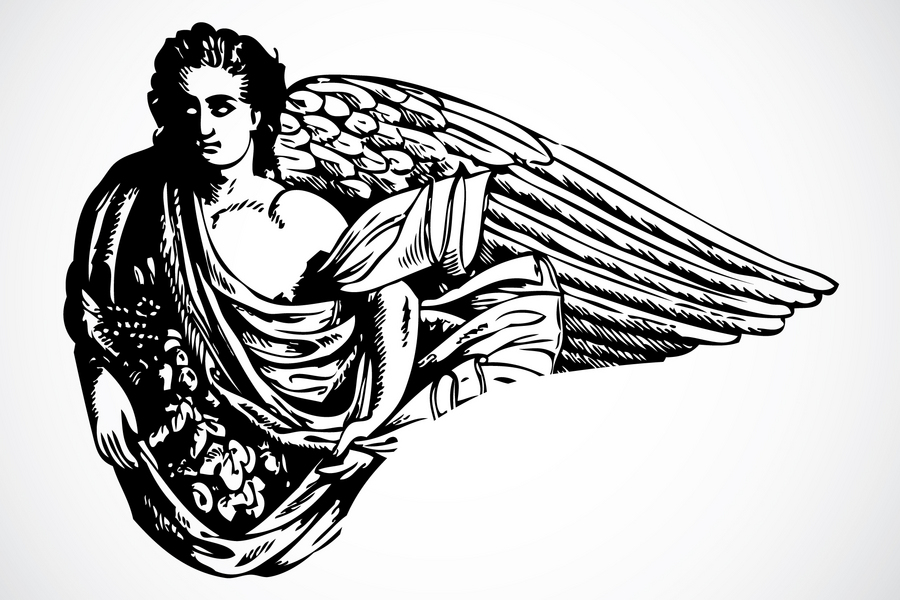 UPDATE: It was a priest. 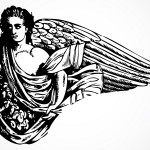 A mysterious "angel priest" appeared at a car crash scene in eastern Missouri on Sunday and prayed at the scene before vanishing without a trace.

The Catholic priest does not appear in any of the nearly 70 photos taken at the car crash scene, and rescue workers do not know the identity of the holy man who disappeared shortly after offering his blessing.

Raymond Reed, the fire chief of New London, told USA Today: "I think it’s a miracle. I would say whether it was an angel that was sent to us in the form of a priest or a priest that became our angel, I don’t know. Either way, I’m good with it."

From TheBlaze’s "THE MYSTERY CONTINUES: WITNESS CLAIMS PRIEST WHO VANISHED AFTER ANOINTING CRASH VICTIM LOOKS LIKE THIS HOLLYWOOD ACTOR":

Aaron Smith, 26, struck Lentz in a head-on car crash on Sunday morning. After 60 minutes of emergency responders trying to get Lentz out of the vehicle (she was pinned between the steering wheel and the seat), rescue crews, at the young woman’s request, prayed out loud for her. As they did, the mystery priest appeared. According to accounts, he came out of nowhere and brought intense calm upon the situation.

"He came up and approached the patient and offered a prayer," New London Fire Chief Raymond Reed told KHQA-TV. "It was a Catholic priest who had anointing oil with him. A sense of calmness came over her, and it did us as well."

At that point, Reed’s team agreed to take the life-threatening chance of sitting the vehicle upright so that Lentz could be removed from it. This is dangerous because a sudden change in pressure to the body can be critical, he said.

That’s when Lentz asked if someone would pray with her and a voice said, "I will."

The silver-haired priest in his 50s or 60s in black pants, black shirt and black collar with visible white insert stepped forward from nowhere. It struck Reed as odd because the street was blocked off 2 miles from the scene and no one from the nearby communities recognized him.

About an hour into the rescue, Katie asked rescue workers to pray out loud with her. That’s when a priest appeared out of no where.

"He came up and approached the patient, and offered a prayer," Reed said. "It was a Catholic priest who had anointing oil with him. A sense of calmness came over her, and it did us as well. I can’t be for certain how it was said, but myself and another firefighter, we very plainly heard that we should remain calm, that our tools would now work and that we would get her out of that vehicle."

The Hannibal Fire Department showed up right after that prayer with fresh equipment and was able to finish the extrication.

(This last article says it was blocked off for a quarter mile instead of two as stated in the USA Today piece.)

So, what do you think, was the priest an angel?

It's not an unprecedented thought:

See that you do not despise one of these little ones. For I tell you that in heaven their angels always see the face of my Father who is in heaven (Matthew 18:10, English Standard Version).

Are they not all ministering spirits sent out to serve for the sake of those who are to inherit salvation (Hebrews 1:14).

Let brotherly love continue. Do not neglect to show hospitality to strangers, for thereby some have entertained angels unawares (Hebrews 13:1-2).

But during the night an angel of the Lord opened the prison doors and brought them out, and said, (Acts 5:19).