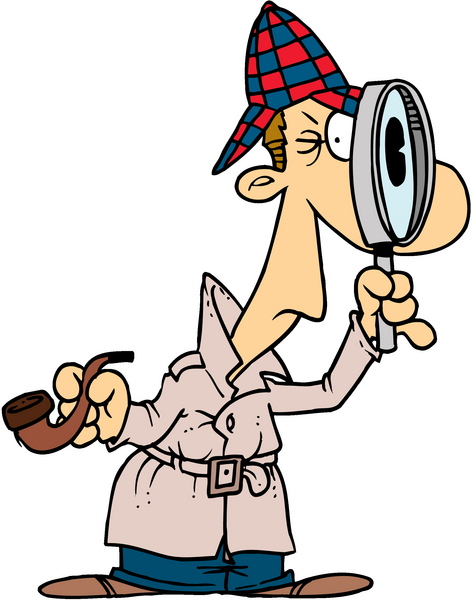 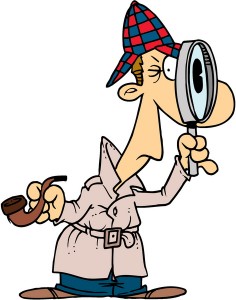 Which is good. Sound biblical interpretation and the formation of reliable doctrines require it. One popular logician's tool is deductive reasoning. Here is a good definition from the Internet Encyclopedia of Philosphy:

A deductive argument is an argument that is intended by the arguer to be (deductively) valid, that is, to provide a guarantee of the truth of the conclusion provided that the argument's premises (assumptions) are true.

And here is an example of valid deductive reasoning:

What is important to realize is that a given deductive argument can be valid, yet still be untrue. As noted in the definition above, it only guarantees the conclusion is true if "the argument's premises (assumptions) are true."

For instance, if Augie gets in trouble just before he eats pizza (or while he is eating it), it doesn't matter how yummy the slices are—he isn't happy (quite sad, actually). One of the premises is faulty, and thus the conclusion is false (well, only usually true…not always true).

Okay, enough of my love of logic. 🙂

What are the theological implications? Take a look at this argument:

God is love.
A loving God would not send anyone to hell.
Thus, all people are saved.

Any traditional Christian would balk at the conclusion of this theological argument. Why may the deductive reasoning be valid but the conclusions untrue? Let's take a look at the premises individually.

God is love. No Bible-believing person would disagree since 1 John 4:8 and 4:16 specifically state that.

A loving God would not send anyone to hell. On the surface it sounds legit, but the vast majority of orthodox Christians would strongly challenge it. If they are right, the conclusion is false because the second premise is false. (As an annihilationist, I would suggest a second problem. There is an additional implicit assumption that hell is an eternal place of conscious torture. I believe the wicked ultimately cease to exist. It is not near as difficult to believe a God of love would do that.)

Ultimately there must be an issue with at least one of the premises since Scripture is replete with verses that clearly say or indicate not everyone will be saved. If the problem can't be with the first premise, then…

Now, just because I've shown a shortcoming of deductive reasoning, that doesn't mean it isn't valuable and/or it should't be used. Instead, it shows the truth of FOTAP (an acronym I believe I picked up from Graham Maxwell, a great guy who is with the Lord):

The Fallacy Of The Assumed Premise.

Punch line? Often it's not the deductive reasoning that is the issue…instead it is one of the explicit or implicit premises. Question the assumptions.

P.S. It's worth reading the entire article linked above. One of the more interesting aspects speaks to the word "intended" in the definition I quoted above…not to mention you'll also get a good understanding of what inductive reasoning is.

Oh…if you too are a math lover, check out Khan Academy's "Difference between inductive and deductive reasoning."

4 thoughts on “The Danger of Deductive Theological Reasoning”