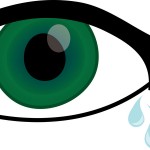 Considering the difference between today's culture and that in the early years of the kings of Israel, it may be a bit hard to do an "imagine"…but…

Imagine you are a popular king of your nation, blessed by God. You make a huge, huge mistake, but you are honestly (and completely) contrite.

You understand if your enemies try to take advantage of your error, but you expect your sons…the sons you love…to support you in your politically weakened state. Instead, your third oldest decides to try to grab your thrown. One of the maneuvers he makes to cement his coup is to sleep with your concubines…and, we aren't talking about a private approach here:

So they pitched a tent for Absalom on the roof. And Absalom went in to his father's concubines in the sight of all Israel (2 Samuel 16:22, English Standard Version).

At this point you would be quite dismayed (especially since your boy is also planning to kill you), but your love for your child would likely mean you don't wish him to die. Sure enough, you've commanded your loyal men to avoid harming your son. But, if in his attempt to defeat your army your son died, would you cry out like David?:

It seems to me that David's words weren't exaggerated—that he sincerely wished he could have died in Absalom's stead. Would you have? Would you have so thoroughly wept at the death of your disloyal, treacherous, and murderous adult son?

The reason David's experience came to mind is because during the past week's Bible study we discussed something Jesus said about Judas:

For the Son of Man goes as it is written of him, but woe to that man by whom the Son of Man is betrayed! It would have been better for that man if he had not been born (Mark 14:21).

Those words sound pretty harsh, don't they? However, I posited that even Jesus is allowed to use hyperbole—that personally I saw it as our Lord making it clear just how bad Judas' act was going to be (instead of some indication that the errant Apostle was going to get some extra special torture in hell).

And then a couple days later a question hit me…

Unless you take a very jaded view of the overall situation and think that Jesus chose Judas solely to have a "bad guy" to fulfill prophecy, Jesus must have cared for the disciple who betrayed Him with a kiss (Luke 22:48). It also seems pretty possible that Jesus not only knew that Judas was going to turn him over to the chief priests and Pharisees, but that this is what lay in Judas' future:

Then when Judas, his betrayer, saw that Jesus was condemned, he changed his mind and brought back the thirty pieces of silver to the chief priests and the elders, saying, "I have sinned by betraying innocent blood." They said, "What is that to us? See to it yourself." And throwing down the pieces of silver into the temple, he departed, and he went and hanged himself (Matthew 27:3-5).

Considering how much Christ went through during the same period that Judas realized he had made a gigantic mistake, it may seem unrealistic to believe Jesus thought about Judas. However, even on the cross Jesus took time to care for His mother and His beloved disciple (see John 19:26-27), one of the thieves on the crosses (see Luke 23:39-43), and, of all things, His crucifiers:

Jesus was always concerned about others.

Yes, Jesus may have warned people of their fate if they didn't turn from their sins and to Him, but the Bible does not portray a man who holds ill will toward His persecutors…and it seems to me that the same divine being who would find great joy over finding a single lost sheep out of one hundred (see Matthew 18:12-13) would also be devastated by the loss of one out of twelve.

Ultimately this is all speculation, but no matter how you answer my question we can agree that Jesus (nor the Father) got joy out of Judas' suicide:

Have I any pleasure in the death of the wicked, declares the Lord God, and not rather that he should turn from his way and live? (Ezekiel 18:23)

Jesus knew Judas was going to betray Him, but that doesn't mean He wanted Judas to do so, or that His love for His doomed disciple was any less.

Finally, I have found this verse very comforting as I see so many I care about deal with the abundant trials and tribulations of this life:

He will wipe away every tear from their eyes, and death shall be no more, neither shall there be mourning, nor crying, nor pain anymore, for the former things have passed away (Revelation 21:4).

Maybe I hypothesize too much, but isn't it great to serve a God where both of those are reasonable conjectures…instead of a Lord whose love is as fickle as the world's?

And, perhaps if we become more like our Lord we, like David, will be called men (and women) after God's own heart (see Acts 13:22).

Have you shed a tear over Judas?

2 thoughts on “Did Jesus Shed a Tear Over Judas?”