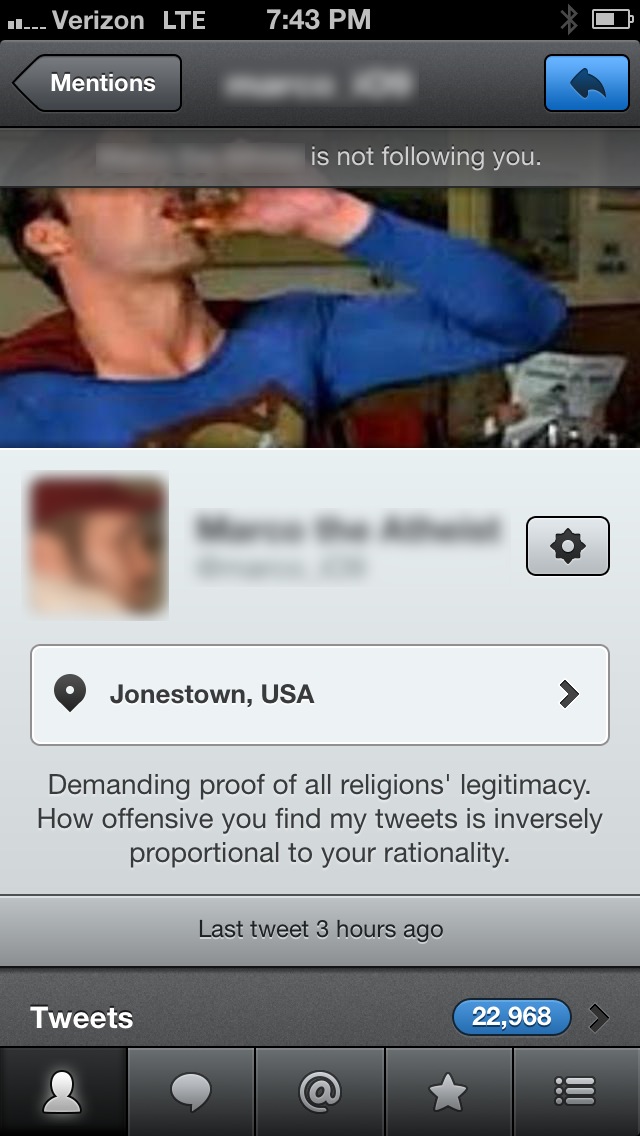 If you are a regular reader of my bulletin articles, you already know that Twitter is often an inspiration for what I write. This week's motivation began when a Christian I follow retweeted:

I am #atheism, and the behavior of the most fanatically devout is so often my best argument. #islam #catholicism #christianity

I responded to the original tweeter:

What ensued was a conversation that continued long enough to mean I was a wee bit tired the next day. Initially it was painful—and I ultimately I found out why:

I started suspicious of you because you are a minister. I have found your profession to debate dishonestly in the past.

Ouch…but mostly because I suspect it is true.

The conversation improved after that, although he no more ended as a Christian believing in our resurrected Lord than I ended as an atheist believing in evolution. At best, we laid a foundation for future interactions. We will see what the future holds.

However, what I especially found interesting is something in common between the four atheists that crossed my path that night. Here is the Twitter bio of the original gentleman: 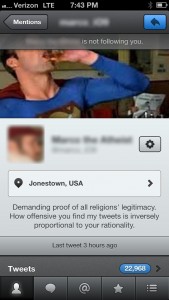 Demanding proof of all religions' legitimacy. How offensive you find my tweets is inversely proportional to your rationality.

That wasn't especially contentious, but also not very welcoming to those of us who believe. The second atheist of the evening was a biologist the first suggested could answer any questions I have about evolution. From his Twitter profile: 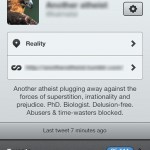 Another atheist plugging away against the forces of superstition, irrationality and prejudice. PhD. Biologist. Delusion-free. Abusers & time-wasters blocked.

If you are a Christian, are you feeling judged? If not, how about this bio?: 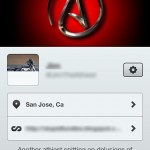 Or this blurb from the Twitter bio of the fourth atheist from that evening?: 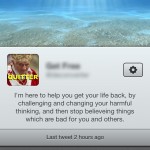 I'm here to help you get your life back, by challenging and changing your harmful thinking, and then stop believing things which are bad for you and others.

Finally, as a bonus, a fifth one that crossed my timeline today: 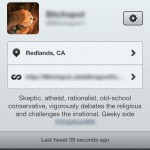 At this point, if you are a believer, how are you feeling? Uncomfortable? Stupid? Angry? Something else?

Given a chance to interact with these tweeters, and understanding that often their tweets can be harsher than what you just read in their Twitter bios, what would you say to them? Would you try to convince them you are right? Would you tell them to repent? Would immediately block them?

As a Christian, words like this are not lost on me:

The fool says in his heart, "There is no God."
They are corrupt, doing abominable iniquity;
there is none who does good (Psalm 53:1, English Standard Version).

However, even though a Twitter atheist might have no qualms telling I'm an idiot for believing in God, I don't think there much to be gained by responding with a "the fool says in his heart, 'There is no God'" type of attitude. Remember that many of us, at one time, denied the true God existed…and all of us…many times…have denied Him with our words and actions.

Words and actions that may have contributed to many atheists vehemently wanting to protect others from our views.

Please don't get me wrong. I am fully aware of their agenda (stated or not) and of the obligation godly love gives us not to silently watch them off the eternal cliff, but the question at hand is one of the most appropriate approach (both pragmatically and biblically). Although there inevitably will come a time of judgment for all men and women (see Hebrews 9:27), in every situation with a argumentative and disparaging non-believer we have to choose whether to react in the spirit of James and John:

But the people did not receive him [Jesus], because his face was set toward Jerusalem. And when his disciples James and John saw it, they said, "Lord, do you want us to tell fire to come down from heaven and consume them?" (Luke 9:53-54)

But they cried out with a loud voice and stopped their ears and rushed together at him. Then they cast him out of the city and stoned him. And the witnesses laid down their garments at the feet of a young man named Saul. And as they were stoning Stephen, he called out, "Lord Jesus, receive my spirit." And falling to his knees he cried out with a loud voice, "Lord, do not hold this sin against them." And when he had said this, he fell asleep (Acts 7:57-60).

Even though I'm not suggesting one answer fits every such situation, please open up your Bibles to the very next verse after my selection from Luke above (Luke 9:55)…and you can discover what Jesus thought of the proposal from the Sons of Thunder.

Come to think of it, what better way to decide what to tweet back than to follow the oft-offered advice within the question, "What would Jesus do?"

An atheist attacks you or your views. WWJD?

P.S. If you are wondering about the title of this article, it is also interesting how many atheists put "Atheist" in their Twitter name (including like "Alan the Atheist").