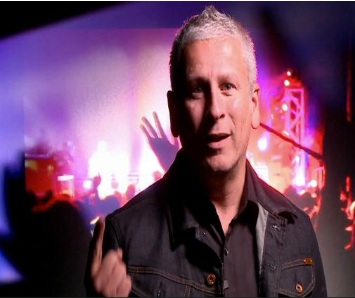 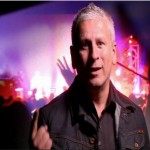 [Before you read this article, please read "What I Think about Homosexuals and Homosexuality."]

Earlier today (January 10, 2013), Twitter lit-up because an Atlanta pastor, Louie Giglio, withdrew his acceptance of an invitation to present the benediction for the upcoming presidential inauguration. Considering what Addie Whisenant of the Presidential Inaugural Committee said, it may have been the equivalent of an employee resigning before being fired:

We were not aware of Pastor Giglio's past comments at the time of his selection and they don't reflect our desire to celebrate the strength and diversity of our country at this Inaugural. Pastor Giglio was asked to deliver the benediction in large part for his leadership in combating human trafficking around the world. As we now work to select someone to deliver the benediction, we will ensure their beliefs reflect this administration's vision of inclusion and acceptance for all Americans.1

What were the remarks that set-off gay activists? Quite a few in a 54-minute sermon called "In Search of a Standard – Christian Response to Homosexuality"2 from around two decades ago. Describing it as preaching "rabidly anti-LGBT views," ThinkProgress LGBT appeared especially incensed that he suggested Christians needed to fight efforts that would lead "to the point where the homosexual lifestyle becomes accepted as a norm in our society and is given full standing as any other lifestyle, as it relates to family."; that he clearly and unambiguously stated practicing homosexuality is a sin; that he asserted that it doesn't matter if homosexuality is genetic, it is still a choice; that he dared to reference and discuss on a verse that said practicing gays won't make it into heaven; and that he posited Jesus Christ is powerful enough to heal homosexuals from their sinful behavior.3

At this point in my article I want to make something pretty clear. I, like most other Christians, do not think I am "better" than gay people or that they should be treated as second-class citizens—and am not fixated on homosexuality. There are only two reasons I discuss it. First, as a minister I should emulate Paul and not shrink from declaring the whole counsel of God, whether it is popular or not (see Acts 20:26-27). Second, Christians who truly love their neighbors (gay or otherwise) cannot remain silent while LGBT advocates aggressively try to get them to not only tolerate sin, but to completely accept it and treat it as good (Romans 1:32 comes to mind). That is, I (and most other Christians) only discuss it frequently because others are forcing the issue. We are not obsessed with one sinful habit; we are responding to a concerted effort to cause others to fall (which brings Mark 9:42 to mind).

Now, it may be that instead of withdrawing to avoid being publicly booted from the program, pastor Giglio was just being gracious—not wanting to mar what should be a celebratory occasion. And, in some respects, his explanation said that:

Due to a message of mine that has surfaced from 15-20 years ago, it is likely that my participation, and the prayer I would offer, will be dwarfed by those seeking to make their agenda the focal point of the inauguration.4

However, if you read his whole statement (the link is in the footnotes), you may be disappointed that he never clearly affirms what he previously preached; instead he makes a couple of concerning utterances. The first is actually in the quote above. By mentioning how long ago the offending sermon was preached, it implies he no longer stands by it (at least completely). That is especially true given his very next sentence:

Clearly, speaking on this issue has not been in the range of my priorities in the past fifteen years.5

I would take the time to read Giglio's whole statement. You may feel his letter to the White House was trying to quench a fire that he felt could/would impede the gospel from spreading. Additionally, he does ultimately say that "God's words trump all opinions, including mine…"6

Regardless, Mr. Giglio has learned the truth of Jesus' unambiguous words:

Indeed, all who desire to live a godly life in Christ Jesus will be persecuted, while evil people and impostors will go on from bad to worse, deceiving and being deceived (2 Timothy 3:12-13, emphasis mine).

Living as a Christian in America, a country founded on Judeo-Christian principles and with a constitution that specifically provides for freedom of religion, you may have wondered how Jesus and Paul's words could/would ever apply to you. Additionally, the apostles "rejoicing that they were counted worthy to suffer dishonor for the name" of Jesus (Acts 5:41) may seem a totally foreign concept within our shores. Birth to death, the worst you may have worried about was some ridicule from unbelievers.

However, we have now crossed over into a land we are never likely to return from. Four years ago a minister who also taught practicing homosexuality was a sin was allowed to pray at Obama's first inauguration (although there was controversy then too). This year those same views are a disqualifier.

Wondering if you'll ever face significant persecution? Trust me, if you are true to God and his word…

You'll get your chance.

1 Israel, J. (2013, January 10). BREAKING: Anti-Gay Pastor Withdraws From Inaugural Program. ThinkProgress LGBT. Retrieved January 11, 2013, from http://thinkprogress.org/lgbt/2013/01/10/1429501/anti-gay-pastor-removed-from-inaugural-program/
2 The sermon is available here or directly via http://turret2.discipleshiplibrary.com/8169A.mp3
3 Israel, J. (2013, January 9). Inaugural Benediction Will Be By Pastor Who Gave Anti-Gay Sermon. ThinkProgress LGBT. Retrieved January 11, 2013, from http://thinkprogress.org/lgbt/2013/01/09/1422021/inaugural-benediction-to-be-delivered-by-anti-gay-pastor/
4 Giglio, L. (2012, January 10). Change of Plans. Passioncitychurchblog. Retrieved January 11, 2013, from http://www.passioncitychurch.com/blog/?p=1436
5 Ibid. You should also read "Louie Giglio, Homosexuality, and the Evangelical 'Range of Priorities'" by Lawrence Wilson at http://www.lawrencewilson.com/louie-giglio-homosexuality-evangelical-range-of-priorities/.
6 Ibid. However, after writing the draft of this article, I read another piece that said, "Neither Giglio nor his spokeswoman would comment directly about where the pastor stands today on the issue of homosexuality." (Suggs, E., & Malloy, D. (2013, January 10). Atlanta's Rev. Giglio withdraws from Obama inauguration amid controversy. AJC. Retrieved January 12, 2013, from http://www.ajc.com/news/news/atlantas-rev-giglio-withdraws-from-obama-inaugurat/nTsR9/) That is not standing up for God's word.