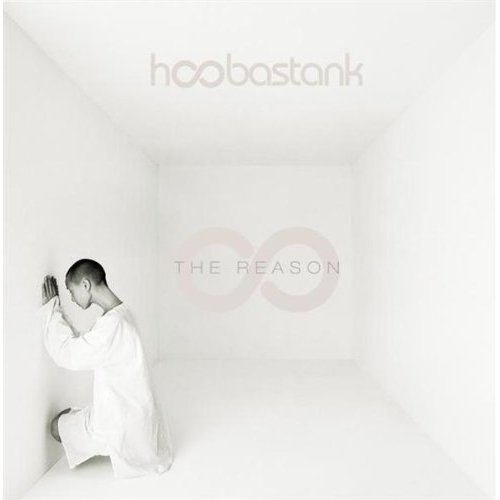 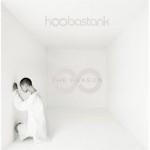 I'm going to turn this sermon, "The Reason," upside down and tell you the punch line right from the start.

The reason is Jesus.

There you go…now we can quickly finish the rest of the service and go grab some coffee and cookies in fellowship hall about 30 minutes early. 🙂

One could argue even more for that approach given that the vast majority of you wouldn't be sitting there if you didn't believe that the reason is Jesus. For you, this sermon truly should be "preaching to the choir."

Now, if any of you listening are atheists and believe there is nothing beyond the laws of physics…then I'm not sure that you can argue there is a reason for any thing. You may think you have purpose, but in reality your ever thought is just a domino falling into place after the original, yet to be explained, domino fell. I don't think you can even suggest your fate is controlled by chance—from the beginning everything has been the result of one physical law interacting with another—natural cause laid upon natural cause. You did not even choose to sit there before me…DNA formed your brain and chemistry controls your thoughts within it. Nature and nurture are your gods and you have no free will. Independent thought and purpose are an illusion.

If there is nothing beyond what science has accepted, there is no reason and Solomon's words echo true:

2  Vanity of vanities, says the Preacher,

vanity of vanities! All is vanity.

3  What does man gain by all the toil

at which he toils under the sun?

but the earth remains forever (Ecclesiastes 1:2-4).

It has been already

in the ages before us.

11  There is no remembrance of former things,

nor will there be any remembrance

of later things yet to be

But, as I've said, if you are sitting there then it's likely you already believe that the reason is Jesus. But, why all this talk about "the reason"?

Well, when I did my first in my series of sermons this month based on secular songs, I invited people to suggest tunes for me to use. Rachel was kind enough to suggest "The Reason" by Hoobastank.

And it is a great one to use. If you've never heard it, it starts off with:

Considering how many Christian songs are written in such a way that you can't tell if they are being sung to a girlfriend or to God, on the surface that one almost sounds Christian until Doug Robb sings:

His reason to change who he used to be…his reason to start over new…is a girl. In the video produced for the song it's a girl who helps him and his crew rip off a safe. 🙂

But the good news about art in its various forms is that is we can choose to allow it to have it mean whatever we want…and Rachel I can see how when you and other Christians sing along you might skip over the girlfriend/boyfriend verses and allow it to carry your faithfulness to God in melody. Your reason is different than Hoobastank's, and I suspect your voice is a fragrance to our God above.

It probably won't surprise you that Hoobastank isn't the only group that has done a song about "the reason." For instance, LaRue has one called "Reason" that begins with:

The world is turning in front of me and sometimes it`s hard for me to let go
My flesh begins to rise and then I find out there`s things I don`t know
I`m standing here but no one cares, I`m crying out but no one is there
And I am me but who am I and will I ever find the reason (for life)

And even though their chorus that begins with…

…might make it seem like one of those "Girlfriend or God?" songs I mentioned before, it's pretty clear when they talk about "paid the cost," "Lord," and "price You paid" it's not a love interest that's their reason. The reason they search for…and the reason they have found…is Jesus.

We can't claim that Hoobastank or LaRue are deeper thinkers than everybody else. How many times have you heard people ask questions like:

Those types of queries seem the natural consequence of sentience. I think, there for I am…but why am I?

Even when I looked at Monty Python's song, "Meaning of Life," I discovered that the humor isn't really in its words, but the goofy way it is sung. The questions are so serious that even some of the greatest British comedians couldn't hide their import. For instance:

Why are we here? What's life all about?
Is God really real, or is there some doubt?

For millions, this "life" is a sad vale of tears
Sitting 'round with really nothing to say

Not so funny, eh? These are serious questions with answers that have serious consequences.

Perhaps some of you have instead heard "What is the meaning of life?" asked (and answered) in The Westminster Larger Catechism form:

What is the chief and highest end of man?

What is the chief and highest end of man?

The Westminster Larger Catechism says it is to glorify God and to fully enjoy Him forever. The electronic version I have includes "scripture proofs," one of which is Psalm 73:24-28:

Whom have I in heaven but you?

24  You guide me with your counsel,
and afterward you will receive me to glory.
25  Whom have I in heaven but you?
And there is nothing on earth that I desire besides you.
26  My flesh and my heart may fail,
but God is the strength of my heart and my portion forever.

27  For behold, those who are far from you shall perish;
you put an end to everyone who is unfaithful to you.
28  But for me it is good to be near God;
I have made the Lord GOD my refuge,
that I may tell of all your works.

Interestingly enough, perhaps the strongest argument for the reason being Jesus is a pragmatic one. If the claims of Christianity are true, how could there be any other reason than God, the first cause?

Who is in heaven but our God…and how could there be anything a God-fearing person could rightly desire on earth besides Him?

But, of course, I said the reason is Jesus…not God…and even though John 1:1 tells us Jesus is God, my statement narrows it down to the Son of God. Why is that?

I'd argue because that's what the Godhead intended. For instance, how about Jesus' famous, non-pluralistic words in John 14:6?:

Jesus said to him, "I am the way, and the truth, and the life. No one comes to the Father except through me.

That isn't the only place where Christ makes a claim on us, and C.S. Lewis notes just how consequential those claims are in Mere Christianity:

I am trying here to prevent anyone from saying the really foolish thing that people often say about Him: "I'm ready to accept Jesus as a great moral teacher, but I don't accept His claim to be God." That is the one thing we must not say. A man who is merely a man and said the sort of things Jesus said would not be a great moral teacher. He would either be a lunatic—on a level with the man who says he is a poached egg—or else he would be the Devil of Hell. You must make your choice. Either this man was, and is, the Son of God: or else a madman or something worse. You can shut Him up for a fool, you can spit at Him and kill Him as a demon; or you can fall at His feet and call Him Lord and God. But let us not come with any patronising nonsense about His being a great human teacher. He has not left that open to us. He did not intend to.2

Ultimately, when Jesus says, "Follow me,"3 He is claiming to be "the reason" in a divine sense since he also stated in John 18:36:

Jesus tells every one of us He is the reason and to follow Him…and we are required to make the choice C.S. Lewis offers. We cannot just say He was a "great moral teacher"—we must instead "shut Him up for a fool…spit at Him and kill Him as a demon; or…fall at His feet and call Him Lord and God."

But you may say, "I don't have to make that choice! I refuse."

Then, you have implicitly chosen to "shut Him up for a fool" since you haven't deemed His claims to be Lord to be valid…and you aren't damning Him as a demon.

As with Pascal's wager, you have no choice but to choose.

Now, I promised myself to make my last sermon short, so I am going to wrap up with a few thoughts and one more Scripture. I've given you a pretty pragmatic reason why Jesus is "the reason"…because if the Bible is correct then there are no other alternatives.

I've also noted that Jesus Himself makes claims on you that you cannot ignore. He says (would it be fair to say, "Demands"?), "Follow me"…and your response, in words and action, betray your answer.

Although there are plenty other directions I could go on telling you why He is the reason, let's turn to Philippians 3:7-11:

But whatever gain I had, I counted as loss for the sake of Christ. 8 Indeed, I count everything as loss because of the surpassing worth of knowing Christ Jesus my Lord. For his sake I have suffered the loss of all things and count them as rubbish, in order that I may gain Christ 9 and be found in him, not having a righteousness of my own that comes from the law, but that which comes through faith in Christ, the righteousness from God that depends on faith— 10 that I may know him and the power of his resurrection, and may share his sufferings, becoming like him in his death, 11 that by any means possible I may attain the resurrection from the dead.

Now, from those words I could say one of the reasons to follow Jesus…to allow Him to be "the reason" for you…is eternal life (attaining the resurrection from the dead), but notice instead how Paul said that he "suffered the loss of all things and [counted] them as rubbish."

That is not a subjective judgment…that is an objective rubbish.

Everything is rubbish compared to Jesus.

Every other "reason" is rubbish compared to "The Reason."

Jesus Himself asks, "What does it profit a man if he gains the whole world and loses or forfeits himself?" (Luke 9:25)

Like Hoobastank, Diamond Rio has a song titled "The Reason." It's chorus is:

All that I am and all I'll ever be
Is in your hands, you've given everything to me

Lord you are the reason I stand here today
Lifting my voice, raising you up, 'cause I believe
Oh I believe I'm nothing, nothing without you

My sheep hear my voice, and I know them, and they follow me. 28 I give them eternal life, and they will never perish, and no one will snatch them out of my hand (John 10:27-28).

Jesus' sheep will follow Him. He is "the reason" for His sheep.

His sheep hear His voice.

Do you hear Jesus' voice?

Hoobastank "The Reason" graphic from Amazon.com.