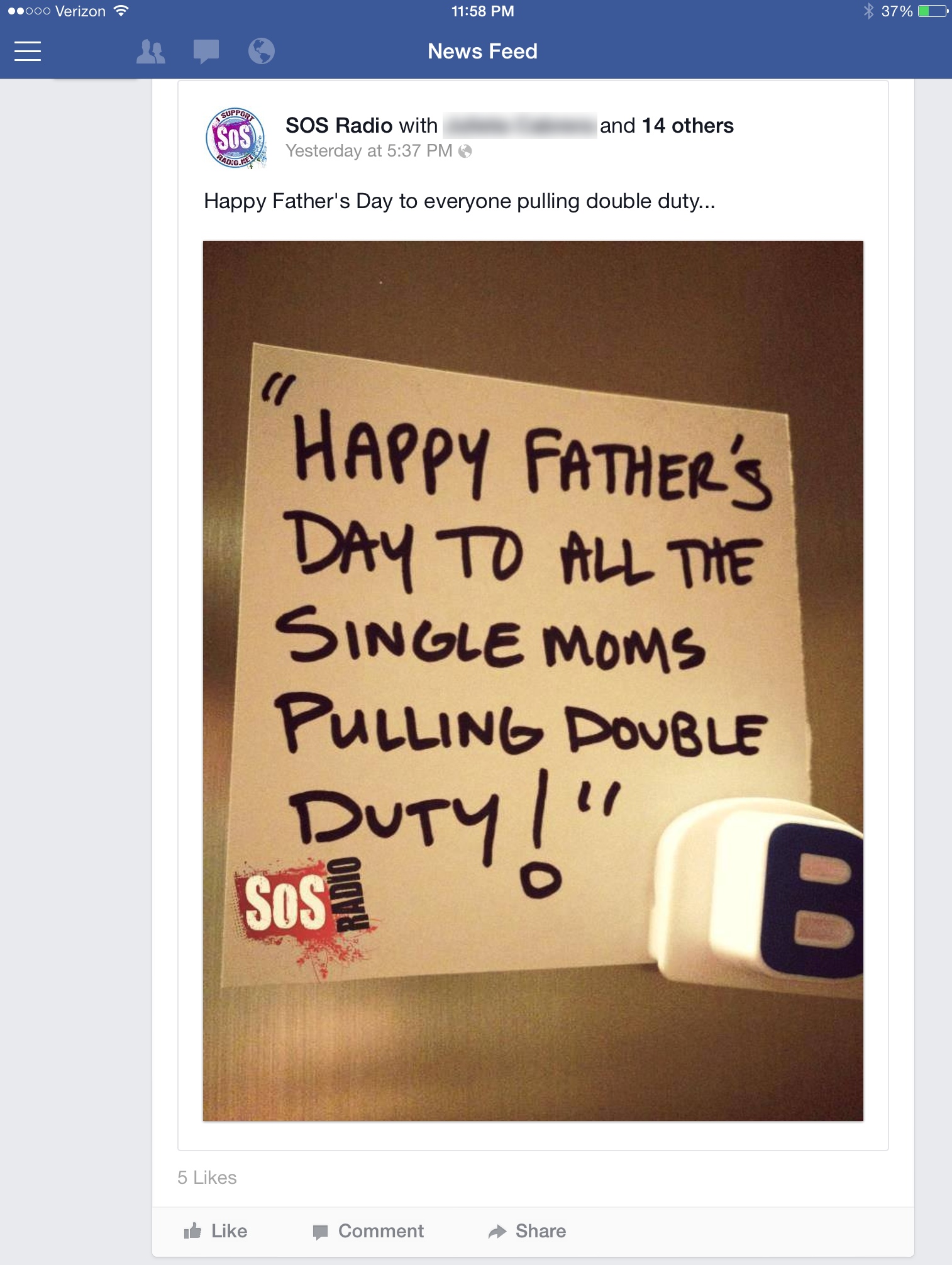 I’ve frequently noted (half-jokingly) how on Mother’s Day we get sermons about how great moms are, how we need to treat them nicer, and so on.

However, on Father’s Day we are told about how dads need to be more reliable, step up to the plate, be less absent, etcetera.

So…today it seemed very apropos when this was one of the first tweets I saw: 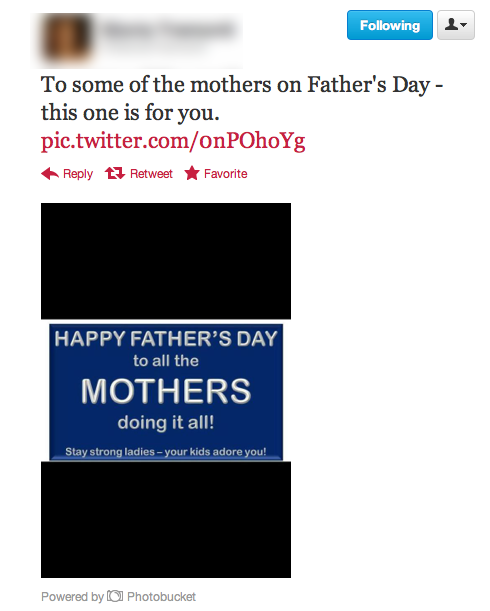 Nothing meant against the tweeter…she’s a wonderful woman (thus why I’ve blurred her picture and handle). But really?!

Being a father who is 3,000 miles away from his wife and children so that he can provide for them, Father’s Day was going to be bad (and lonely) enough without that warm “good morning” greeting…

P.S. One of points I meant to make when I originally posted this was nobody would dare (or even think of) posting the equivalent on Mother’s Day. And, as further proof, do you believe Rick Warren chose to tweet an equivalent quote on May 13 of this year?:

Ultimately neither the woman nor Rick Warren did something “wrong.” However, this all fits a pretty constant societal prejudice against fathers (for instance, how many dads in sitcoms aren’t idiots?) In many respects Father’s Day is a time that people say (to dads), “Happy Father’s day, but…”

And you know what? People have a habit of living up to your expectations of them…

P.P.S. Do you have any anecdotal “Happy Father’s Day, but…” stories, tweets, sermons, and so on? Please share them as a comment and we’ll all grumble together 🙂

2014 update: Sure enough, just before I went to bed on “Father’s Day Eve,” this showed up on my Facebook timeline: 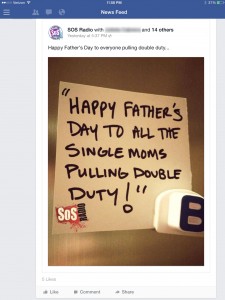 Luckily, that appears to be an anomaly this year. Mostly I see people posting pictures of their fathers and/or wishing dads a Happy Father’s Day. And speaking of that, Happy Father’s Day 2014 to all you dads out there! Now, go pay attention to your kids! 🙂

Oh…last minute 2014 addition…just noticed these two tweets on my timeline:

And, like 2012’s Rick Warren tweet, would Russell Moore (as great of a man as I think he is) tweeted an equivalent on Mother’s Day?:

Although, of course, he is right…but…

How about this as a resolution for Father’s Day 2015 world: “We will just wish all the dads out there a Happy Father’s Day. No added (even implicit) ‘but…,’ no suggestions on what they could do better (even though there is plenty), no need to remind everyone of all the single mom’s ‘pulling double duty’ (even though it is true). Just plain, ‘Happy Father’s Day.'” You with me?! 🙂