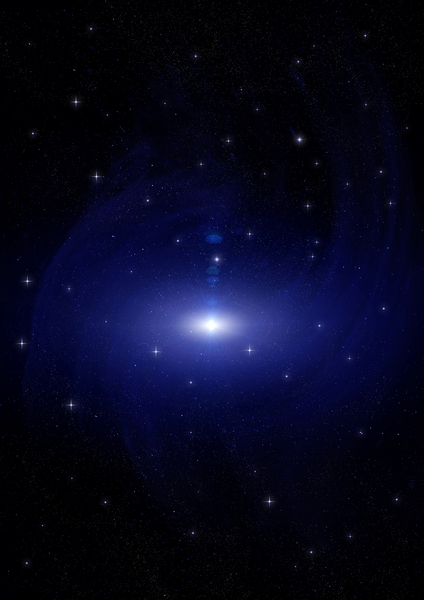 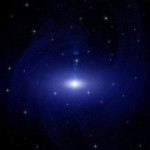 Space.com had to know they were going to grab some attention a tile like this for an article:

And the beginning of the piece doesn’t disappoint:

SANTA CLARA, Calif. — Our universe could have popped into existence 13.7 billion years ago without any divine help whatsoever, researchers say.

That may run counter to our instincts, which recoil at the thought of something coming from nothing. But we shouldn’t necessarily trust our instincts, for they were honed to help us survive on the African savannah 150,000 years ago, not understand the inner workings of the universe.

Instead, scientists say, we should trust the laws of physics.

As a result of such confidence, I immediately gathered all my bibles and started a bonfire.

Well, maybe not quite yet. 🙂

And the article wasn’t done yet either, for instance:

“So it could be that this universe is merely the science fair project of a kid in another universe,” Shostak added. “I don’t know how that affects your theological leanings, but it is something to consider.”

That’s it, let me get that stack of bibles again, grab the lighter fluid from the pantry, and…

Well, maybe not quite yet… 🙂

In fairness to Filipenko, he (a) admits science can’t disprove (or prove) the existence of God; (b) that you still would have to explain where the law of physics came from (that is, this is not truly getting something from nothing); and (c) that you get into a “kick the can down the road” situation. However, he sees believing in a creator causing the “kick the can” situation:

But that answer just continues to kick the can down the road, because you still need to explain where the divine creator came from. The process leads to a never-ending chain that always leaves you short of the ultimate answer, Filippenko said.

Now, I will give him that every time a scientist posits that life here on earth came from an alien planet, that the laws of physics are enough to cause matter to pop-out of nothing, that we might just be some other universe’s kid’s science experiment, and so on…that that is kicking the can down the road.

But, God is known as being the “uncaused first cause.” When you limit yourself to just natural causation, then you are perpetually stuck with the “What caused the cause?” question. But, not with God.

And think about it, if you will only accept those things that can be explained by physics (or really, really complicated mathematical equations used in theoretical science), then once you get to the question of “Who (or what) created the laws of physics?” you have no answer—because your answers are limited by the closed set you’ve insisted upon. One who puts his faith in physics can only appeal to physics as an explanation.

Sorry, no can do. You’ve made a claim, now follow it to its logical conclusion (which is a dead end). Or, at least have the fair-mindedness to admit that believing in a creator is just as logical as brainiac explanations that suggest there are a bazillion universes that don’t have physical laws that allow life, that life arrived on the planet on the backs of crystals, and so on.

Filippenko, as quoted in the article, is reasonably fair—so kudos to him. However, no scientist can ever test if we really can get something from nothing…even if we allow them their omnipotent and omniscient laws of physics. Every scientist on this watery globe is stuck in the middle of a universe…and there is plenty of something all over the place. True science only talks confidently about that which it can recreate, not that which it can imagine.