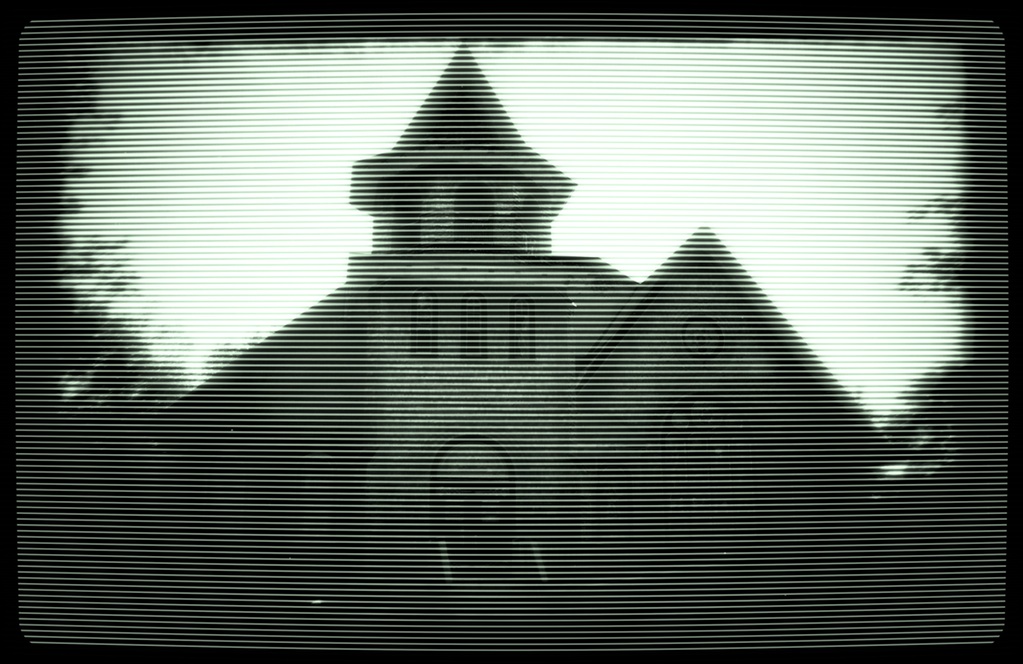 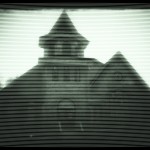 As Jeremy passed the deteriorating wood-tiled church on North Main Street, he tried to remember just how long ago its large doors had been locked for the last time. Was it ten years? Longer? Shorter? However far back it was, the doors were no longer white, having lost the battle with weather that any abandoned building does. Its handicapped ramp had also, long ago, seen its rust color turn into the hue of gray decay. From the looks of it, it also lost its structural integrity—a fitting unsafe entry path to an unused church.

For that matter, even religious worship would have been permitted if the proles had shown any sign of needing or wanting it.1

Jeremy tried to narrow down the actual year by remembering other connected events. Although what finally finished off the small congregation was the hate-crime judgment against their minister, he wasn't the first conviction in Antrim when the Tolerance Purge ("Tolperge" in Newspeak) arrived. Not surprisingly, the first Tolperge drive avoided houses of worship, focusing instead on businesses. Religious kooks would be allowed their bigotry, at least for a time, but owning a business was a privilege in the eyes of the Federal Government, the Department of Tolerance, and their Tolerance Czar ("Fedgov," "Deptol," and "Czartol" respectively).

Antrim's pizzeria had seen a significant uptick in business after the Bush Recession (as officially named by Fedgov) had subsided, the historical credit being given to the Green Job Initiative ("Greenini"). Jeremy seemed to remember some argument about who was responsible for how deep and long the recession was, and what really temporarily restored the U.S. economy, but memories are short.

Well, at least memories became short after the President used powers given him by the Cybersecurity Emergency Act to shut down all web sites that questioned Fedgov's explanation of how al-Qaeda was able to successfully bomb (and collapse) the Golden Gate bridge…as schoolchildren lined its entire length for a second "Hands Across America" organized by Deptol. (Was it called Deptol then? Of course, it has always been called Deptol.) It was un-American and unpatriotic to contradict Fedgov in the middle of The War, and those blogs and news sites needed to be temporarily blocked so more children wouldn't die at the hands of right-wing militants (Wingmils) who get bitter and cling to guns or religion or have antipathy to people who aren't like them.

Anyway, the Department of Peace ("Deptpeace") had clearly explained why the remaining threat (The War never stops) meant those web sites had to remain permanently blocked. Between Fedgov sites and that of approved (and not subversive) ones like Huffpo, everyone had access to all the truthful news they needed.

Jeremy realized his mind was wandering…and he went back to considering what happened to the pizzeria. The short-term improvement in business allowed the father and son owners to expand, and they built larger bathrooms that could accommodate more than one patron at a time. Both men were members of the…well, Jeremy couldn't remember the actual name of the church and its sign had been removed at the behest of Deptol…but both men were members of that wood-tiled church, and had intolerant views. (People with intolerant views were know as "Intols.") One Saturday afternoon, a transvestite came in and asked if they had a bathroom. When the son pointed him to the men's room, they were guaranteed to have to pay a massive fine (once the cross-dressing man played a recording of the conversation to Deptol's LGBT division). When the father insisted she had to use the men's room because there was a pre-teen girl in the lady's room, criminal charges were inevitable. They should have known better and not chosen to join the criminals of Tolpurge. They both lost the restaurant; the father also lost his freedom. Jeremy thought about how lucky they were to have Czartol watching over them.

No one can buy or sell unless he has the mark, that is, the name of the beast or the number of its name.

Jeremy thought that the wood-tiled church's preacher used to call on the father in prison. As a member of the clergy, that intolerant act was allowed, even if greatly frowned on by Fedgov. The visits stopped when Deptol narrowed them down to only denominationally-certified ministers. Deptol-approved denominations, of course; otherwise the ones that had aligned to question Fedgov's wartime interpretation of the First Amendment could help Wingmils kill more children. The preacher had two strikes: the church was non-denominational and, regardless, its beliefs never would have passed Deptol's righteous criteria. The preacher was lucky he could even send letters to the father. Deptol was far more compassionate than Intols deserved.

Shortly after he could no longer spend time with the Intol father in prison, the preacher got a visit from Deptol. The previous week, and this was before Czartol virtuously outlawed them in any context, the preacher followed Deptol's strict requirements and only read a couple of the now-banned verses ("Abomiverses") to those who had gathered. Two visitors complained, and although the preacher protested he had stayed within the law, the visitors knew he had judged them by the intonation of his voice and the look in his eyes—not to mention the codewords (only they could understand) that he used later in his sermon. Initially everybody in the congregation sided with the preacher, but Deptol investigators, after repeated interviews with everyone who attended, were able to elicit from a couple members confirmation that they too had been made uncomfortable by the way the preacher read those verses. Jeremy was thankful for Deptol's ability to clear their minds so they too could understand the crime that had been committed.

Indeed, the hour is coming when whoever kills you will think he is offering service to God.

The church, as it should be, was also held accountable for the preacher's offense. When they couldn't afford the huge (but fair) fine, Deptol closed the doors. Jeremy wondered if the preacher would return. Deptol had a way of being able to correct the psychological problems that Intols had, although The Cured seemed only to physically return. Obviously the preacher wouldn't be allowed to speak in public again, but after years of Deptol's sensitivity training he probably could come back to Antrim. Not that anyone wanted him to.

As Jeremy thought about it more, he really didn't care when the church had closed. It had always been closed. One foolish time he thought he had attended there, but his parents reminded him he was too young to remember correctly and that he wasn't an Intol.

And, come to think of it, Jeremy didn't need church.

1 All non-biblical quotations are from Nineteen Eighty-Four by George Orwell. All biblical ones are from the English Standard Version.