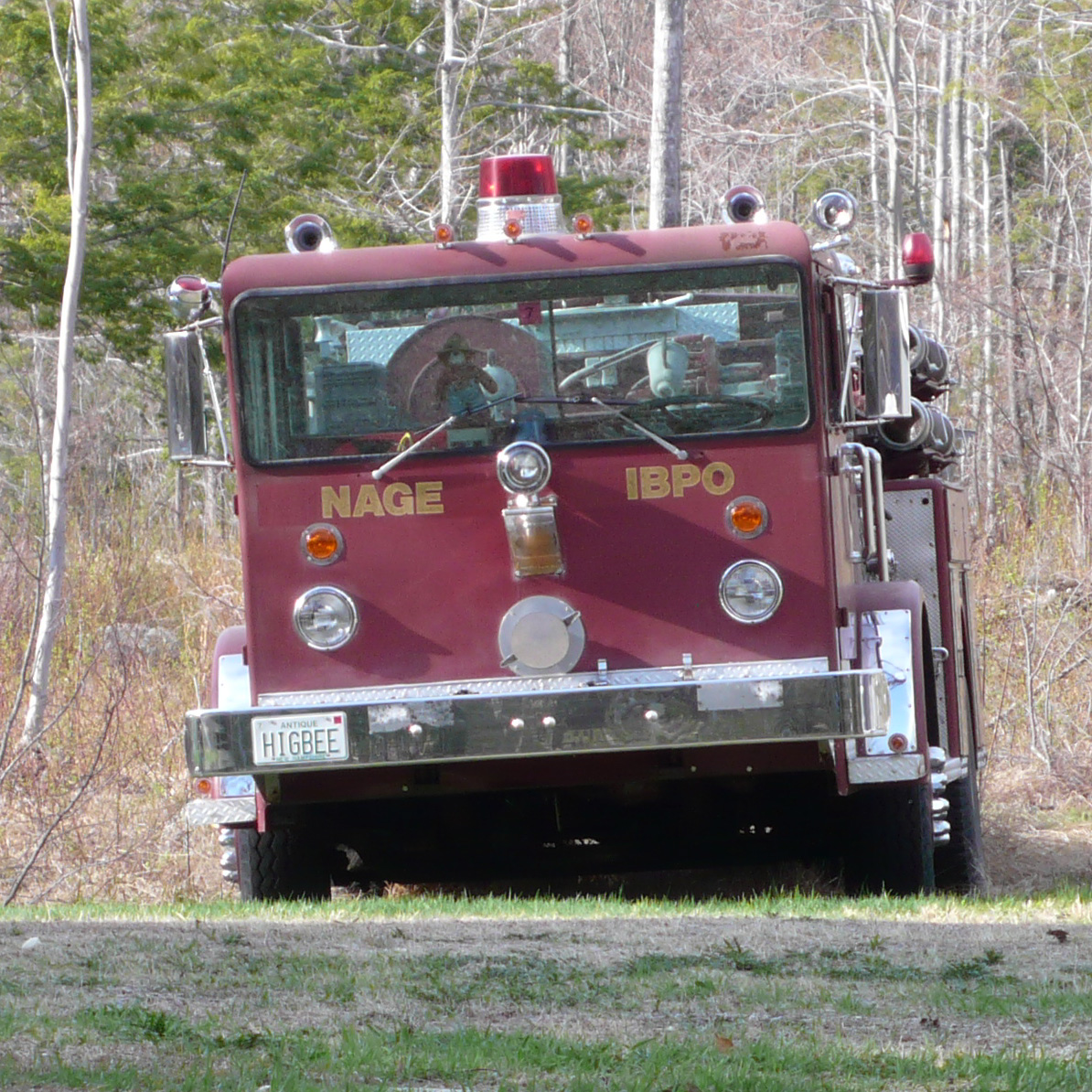 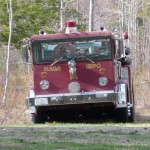 Heading into town today to fix a friend's laptop, I was partway down Elm Avenue when I noticed one of our neighbors had a large old firetruck parked off to the left. I commented to Michelle that it was kind of cool, and she replied that it had been there quite a while. Now, it's not like that sizable truck was right next to the road, but it was still a bit embarrassing, considering how often I have gone past it in my car (and on my bicycle). Clearly, whatever I've had on my mind the last six months (or longer) has made the fire engine invisible to me.

Unlike that large red vehicle, there are many things in this universe that are hidden from our senses. Sometimes they are outside the "technical specs" of our equipment (for instance, it's why blowing a dog whistle works well for Fido, but ringing a triangle is more appropriate to call us in for dinner); other times it is because our Lord has chosen to veil it from us. To illustrate this, I've often shared what I refer to as "The Matrix" Scripture in 2 Kings 6:15-17:

When the servant of the man of God rose early in the morning and went out, behold, an army with horses and chariots was all around the city. And the servant said, "Alas, my master! What shall we do?" He said, "Do not be afraid, for those who are with us are more than those who are with them." Then Elisha prayed and said, "O Lord, please open his eyes that he may see." So the Lord opened the eyes of the young man, and he saw, and behold, the mountain was full of horses and chariots of fire all around Elisha (English Standard Version).

None of us would fault Elisha's servant for being frightened after seeing an overwhelming force with bad intentions. However, considering God's positive interference in his nation's history, and the miracles the servant must have personally seen Elisha perform, perhaps he should have experienced a little less fear and a bit more confidence in the Holy one of Israel (see Psalm 71:22). In fairness to the man, even a more complete trust in his God would not make it so he would know that "the mountain was full of horses and chariots of fire." Just like Neo (in "The Matrix") needed to take the red pill to see beyond the computer-generated "reality" the machines had forced on most of humankind, Elisha's servant needed his master's prayer (and the Lord's supernatural eye salve) to see beyond the limits of the physical laws of nature.

The sad news for us saints of today is that we have far more evidence of God's love, providence, and protection than that servant (or Elisha himself):

Long ago, at many times and in many ways, God spoke to our fathers by the prophets, but in these last days he has spoken to us by his Son, whom he appointed the heir of all things, through whom also he created the world. He is the radiance of the glory of God and the exact imprint of his nature, and he upholds the universe by the word of his power. After making purification for sins, he sat down at the right hand of the Majesty on high… (Hebrews 1:1-3)

Additionally, thanks to the 66 books we "see" and "hear" more than any before have been able to. Jesus explains just how lucky we are:

But blessed are your eyes, for they see, and your ears, for they hear. For truly, I say to you, many prophets and righteous people longed to see what you see, and did not see it, and to hear what you hear, and did not hear it (Matthew 13:16-17).

Thus we have even less excuse than Elisha's servant when we are dismayed or distracted by the circumstances and temptations of life. In these last days God has spoken to us by His Son, but how much time do we spend listening? Where do we look for contentment, to all the "blessings" of this world, or to the One who provides us, each day, with our very breath? Even when we have something legitimate to be concerned about—financial issues, a health problem, etcetera—do we react like a royal priesthood promised never to be forsaken (and guaranteed an eternity in glory), or the transitory result of chance who better make the most out of our mortal existence here on Earth? Do we act like the adopted children of the Heavenly King, sent out as ambassadors to our blood-brothers and sisters, or like the Joneses trying to keep up with our neighbors with the latest and greatest toys, amenities, and entertainment?

Like Paul, have we learned to be content in every situation (Philippians 4:11) or do we figure life will finally get better when we land that new job, find our soul-mate, get cured of an ailment, get the white iPhone 4…

Years ago I realized I no longer noticed the sky above—that sometime in adulthood I had lost that sight. Today, the fire engine reminded me that I continue to develop tunnel vision. Although I plan to consciously fight the progression of that "blindness" (as I did when I started looking at the clouds again), I am far less worried about not seeing the sky or objects on the side of the road than I am about allowing what little I can directly perceive on this plane to crowd out the reality of eternity and the One who has prepared a place for you and me in it.

If Elisha was here today, I would beg him to pray, "O Lord, please open Alan's eyes that he may see." And I'm not asking to be able to see angels hanging around my family and me (although that would be really neat), I just want to see Jesus in a way that my eyes remain fixed on Him.

"And [then] the things of the earth will grow strangely dim, in the light of His glory and grace."