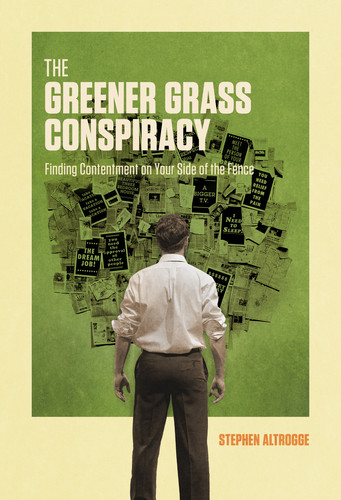 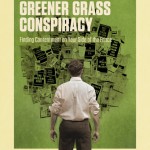 About a month back a tweet came through offering to send a copy of The Greener Grass Conspiracy to the first 100 bloggers who would agree to review it by April 30. I’m a big fan of Crossway‘s efforts, so I put my name in the hat for Stephen Altrogge’s most recent book.

Unlike any lottery ticket I’ve purchased, I was lucky enough to have my name selected, and I received the book around a week ago.  Good news is that it’s only 139 pages, so hitting the 4/30 deadline was doable. 🙂

Before I actually review the publication, I need to explain how I mentally approach critiquing any form of media. It’s probably easiest to explain with music.

I am not a big fan of rap music.  I may own, at most, a dozen rap CDs (and my favorite rap song, “Epic” by Faith No More, is more hard rock than rap).  However, I can appreciate the talent it takes to put together a truly talented rap song, especially one that has meaningful content.  My general distaste for the genre would make it easy for me to dis most rap CDs, but if I was ever asked to review one I would do it based on characteristics other than style (and recognize that I cannot appreciate, and thus comment, on the genre as well as a regular, avid consumer of rap).

Which leads me to Altrogge’s book…

The punch line is that I highly recommend you buy it. It made me think. God has used it to point out some of my shortcomings and to encourage me. I plan on reading it again.

That last comment alone is probably the most significant compliment I can give Altrogge’s work.

However, I am more of a theologian than someone who likes warm-and-fuzzy or hip approaches, and Altrogge relies on a bit too many cutesy comments for my taste.  Not enough to cause my eye’s to roll into the back of my head as I fall on the floor in convulsions, but enough where I have to take my rap music approach. 🙂

Altrogge himself seems to realize this is his method…otherwise he wouldn’t have led off chapter 11, “The Furnace of Suffering,” with:

This chapter doesn’t begin with a joke or clever illustration or mildly amusing personal story.

And I prefer that “bland” start as compared to:

I love drinking coffee. Coffee is a gift from God to be enjoyed. It defibrillates my body into working properly each morning. My workday orbits around coffee breaks. Sometimes I daydream about the coffee I’m going to drink after diner. Sometimes I dream about brownies too. Big, fat, chocolate brownies that are still slightly warm. Coffee plus brownies almost equals heaven. Not really, but you know what I mean (page 39).

Now, that’s not terrible (and not his most egregious case of his being cutesy), but it gives you an idea…and hopefully will encourage you all the more to buy the book if you think I’m whining about nothing. 🙂

Continuing with the bad news before the good news, my other main “complaints” about the book (all nitpicky):

Okay…are you now convinced my complaints (especially the last one) are pedantic? Then, again, more reason to buy the book! 🙂

Now, why I will likely read the book again. The biggest reason is because (ignoring the style issues I had) it drives pretty much every point it makes home. I closed the book a sinner more aware of his sin, and that’s something every one of us needs.

Additionally, when it comes to issues of contentment in Western nations, I suspect all of us can especially use having those points driven home.

Some other reasons I recommend you spend a bit more than $10 to get Altrogge’s book (even less if you are an e-book type):

This is my first “official” book review, so I’m sure it comes up short. However, if I say too much then I’ll be revealing his punch lines. Well, maybe I’ll steal one for this article. Altrogge ends the book with this:

This is my hope [to endure suffering with contentment because of our guaranteed future]. I haven’t yet learned to be content in all circumstances, but I’m fighting. I’m fighting because I know this isn’t my home. I was made for Jesus, and I was made for heaven. And so were you.

If you aren’t 100% content in your Christian life, you need to read this book.

P.S. My second favorite rap song is “Gangsta’s Paradise” by Coolio. I can put up with aspects of the song that are less than appealing because once the chorus kicks in it really doesn’t get better. I can put up with the parts of Altrogge’s style that are less appealing to me because when the Holy Spirit kicks in (with the help of his book) it really doesn’t get better.