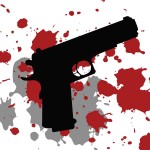 This past Saturday a lone gunman allowed the demons in his mind to escape in the form of a deluge of bullets, starting with one into the brain of Congresswoman Gabrielle Giffords. By the time bystanders were able to wrestle him to the ground six people had been killed (including a nine year-old girl) and fourteen more had been injured. As of writing this article, Congresswoman Giffords is holding on in intensive care, but she is not out of the woods yet. This morning President Obama and his wife held a national moment of silence for our country to corporately remember the dead, the injured, and their family and friends (who are also victims of the demented assailant).

When a tragedy happens (especially of this magnitude), people naturally want to understand how it could occur—and to have swift judgment and punishment of the perpetrator(s). Every initial indication is that Jared Lee Loughner acted alone (and that he was a psychopath with a strange brew of political beliefs), but anyone watching, reading, or hearing the news know that our predilection for blaming was instantaneously in full force. We were informed that the rhetoric of the Tea Party, Sarah Palin, Glenn Beck, Rush Limbaugh, and conservatism in general drove the shooter to target the congresswoman and spray her supporters with deathly lead. Myriad liberal talking heads, and the majority of the media, were quick to incriminate the aforementioned list—although the media often did it by (for example) "innocently" juxtaposing mentions of Sarah Palin’s map that had a gunsight over Congresswoman Giffords’ district during last November’s election with discussions of the gunman’s motivation. (When they wanted to really establish the connection they quoted Giffords herself stating that Palin’s "targeted list" could lead to violence—"When people do that, they have to realize that there are consequences to that action"1).

And depending on your political bend, you were likely either joining the condemnatory chorus or decrying how hypocritical it was that those who said not to jump to conclusions about motives when Major Nidal Malik Hasan gunned-down thirteen at Fort Hood last year now couldn’t wait for the smoke from the bullets to clear before damning various people and groups.

Perhaps the Scripture that comes most to mind at this point is Proverbs 10:19, which unambiguously notes that "when words are many, transgression is not lacking,
but whoever restrains his lips is prudent" (English Standard Version). You must admit, that is an interesting contention considering what multiple 24-hour cable news channels require to individually fill 525,600 minutes of airtime each year.

However, the Bible gives far more advice for any of us reacting to an outrage (perceived or actual). Most require no interpretation:

Be not rash with your mouth, nor let your heart be hasty to utter a word before God, for God is in heaven and you are on earth. Therefore let your words be few. For a dream comes with much business, and a fool’s voice with many words (Ecclesiastes 5:2-3).

Know this, my beloved brothers: let every person be quick to hear, slow to speak, slow to anger; for the anger of man does not produce the righteousness of God (James 1:19-20).

Let no corrupting talk come out of your mouths, but only such as is good for building up, as fits the occasion, that it may give grace to those who hear (Ephesians 4:29).

The words of a wise man’s mouth win him favor,
but the lips of a fool consume him.
The beginning of the words of his mouth is foolishness,
and the end of his talk is evil madness.
A fool multiplies words,
though no man knows what is to be,
and who can tell him what will be after him? (Ecclesiastes 10:12-15)

Do you see a man who is hasty in his words?
There is more hope for a fool than for him (Proverbs 29:20).

And that last quote is especially interesting in light of a very similar sounding passage:

Now, the pundits who so rapidly assigned culpability are guilty of far more than just hasty words (their sin is not just foolishness), but at this point it should be clear how any Christian should act when their "devil" appears to be responsible for a crime (whether their "devil" is political, religious, or just someone who has made their life hell). Not everything Hitler did was evil, and Hitler did not likely do every evil thing assigned to him. Remember Sting’s song from 1985 (during the Cold War)?

Do the Russians love their children too?

There is no question that the biblical references above also buttress the talking heads’ overall point that modern American political rhetoric should be toned-down. However, I hope at some point they will see the irony in wrapping that truth in a polemic that damns their opponents for murder. That is a prescription for "righteous anger" against the likes of Sarah Palin and puts her in crosshairs that are far less metaphoric than the map she is being anathematized for.

Know this, my beloved brothers: let every person be quick to hear, slow to speak, slow to anger; for the anger of man does not produce the righteousness of God (James 1:19-20)

And I cannot help but thoroughly agree with King David that I would much rather fall into the hand of God than the hand of man (see Samuel 24:10-14).