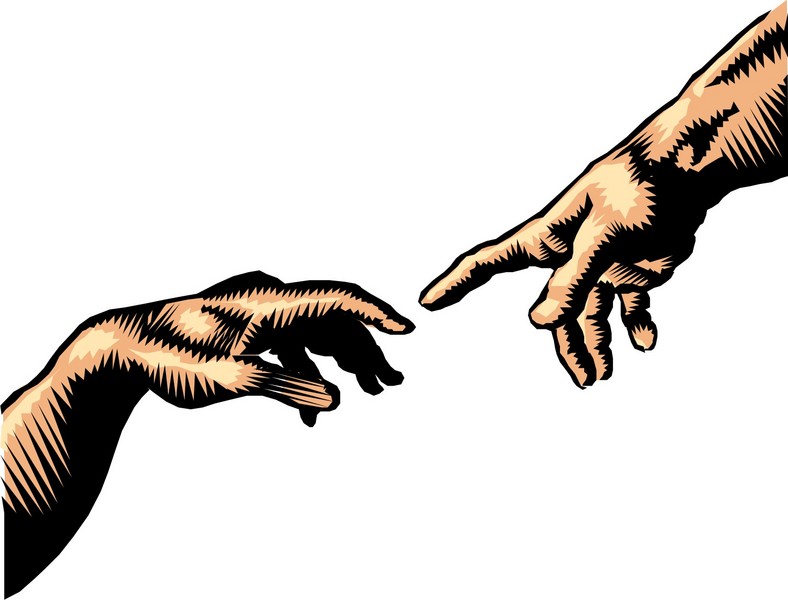 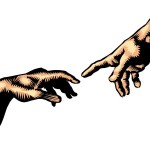 More often then not, when I run errands close to home I am joined by a most affable companion. For instance, if I ask Augie if he would like to go to T-Bird I am guaranteed a hearty "Yes please!" At this point whenever he sees me throwing on shoes and the like, he assumes it is his duty to escort me and immediately says, "Bye bye mum mum."

And I am not complaining :-)…although "mum mum" isn’t always so amused at his energetic willingness to abandon her…

Getting from the house to the car is generally a safe and effortless task, but Augie is still a bit small for the front deck’s stairs, so he prefers to hold my hand. As a whole my grasp is fairly light, but once a few weeks ago he started to slip and my grip quickly tightened, keeping my munchkin from toppling over.

I assume my reaction isn’t unique—it’s natural for a parent, sensing his or her child is in danger, to swoop in to save them…even if all they are being rescued from is a little tumble. If anything, we would consider it neglect if the opposite happened and a mother or father stood back and watched their youngster go splat on the ground.

There is a reason that the one who came to manifest God (see John 17:4-6) would so frequently refer to Him as "Father." And no…it’s not just because He is the Son—Matthew, Mark, Luke, and John all record Him regularly using the phrase "your Father" to speak of God. Jesus even told us to pray to "our Father in heaven" (Matthew 6:9, English Standard Version, emphasis mine)—He wanted us to picture our Lord as Augie pictures me.

Take a moment to visualize, as a small child, leaving the comfort (and protection) of your home to head outside.

Does the Father hold your hand? Of course!

If you are about to fall, does He tighten His grip? Definitely!

Does He ever let go?

Now here is where it gets a little more interesting.

As a whole it isn’t a battle to get Augie to hold my hand—he wants to grab it when I offer. However, sometimes when grasping it is contrary to something else he desires—for instance, when it’s time to come in and mother nature still beckons him—it can become a bit more of a struggle. If he really wants to go a different direction, Michelle or I may even have to chase him. I thank God for short legs. 🙂

But Augie will not be so small all his life, and at some point when he wants independence I will have no choice but give it to him, no matter how much I long to tighten my grasp and save him from "going splat" in this world. There also may be times where I will have to stand back and let him tumble; it may be the only way he’ll learn that maybe dad and mom weren’t so wrong after all—that our grasp was one of love, not one of control.

Back in February of 1991, Susan Ashton released the tune, "In My Father’s Hands." In it she sings:

Sometimes we go wrong, sometimes we get one track minds,
Thinking all alone that we can handle life just fine.

Doesn’t everyone, Christian or not, make that mistake? Often when we should be asking our Father to hold on as tight as possible, we tear our hand from His and make a run for it. However, Susan also knows that "there is where we learn that we’ve only only to call upon His name" and…

Although Jesus promised nobody could snatch us out of our Father’s hand (John 10:29), there is always at least one exception to God’s positive promises. We can snatch ourselves from our Father’s hand…temporarily or permanently. God will not force us to take hold, and just as Jesus wept over the city He knew would reject Him (Luke 19:41-44), I believe our God weeps every time we wrench our hands from His grip. He knows that when we separate ourselves from the source of wisdom and life, we will crash and burn.

Hold on to your Father’s hand, "For I am sure that neither death nor life, nor angels nor rulers, nor things present nor things to come, nor powers, nor height nor depth, nor anything else in all creation, will be able to separate us from the love of God in Christ Jesus our Lord" (Romans 8:38-39).

Only you can do that…