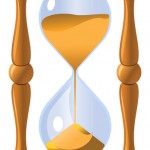 During Sunday morning’s Bible study we’ve been slowly working our way through Ephesians, and this week we spent some time with these verses:

Look carefully then how you walk, not as unwise but as wise, making the best use of the time, because the days are evil. Therefore do not be foolish, but understand what the will of the Lord is (Ephesians 5:15-17).

The part that stands out most to me is “making the best use of time, because the days are evil.” The original Greek is probably more accurately translated as “redeeming time”–which ends up being a bit more emphatic.

So much comes to mind when I ponder the word “time.” My brain can quickly move from sayings like “a stitch in time saves nine”…

To dreams of time travel (and the paradox that quickly results)…

To songs about time (how many can picture Mick Jagger singing, “Ti…i..i…i…ime is on my side”1?)…

As you can imagine, being that this is a sermon, we’ll focus on the latter. ☺

But before we dive into the Bible, it won’t hurt to spend a little more…well…time…discussing some other thoughts about time. First, what is the definition of time?

Time has also led to many interesting thoughts…some far more intriguing than “a stitch in time saves nine.” Only looking at The Merriam-Webster Dictionary of Quotations2 we get these gems:

Time in a Bottle

For me, often music best expresses thoughts and feelings…and as I thought about time, a #1 tune by Jim Croce came to mind. When it comes to that accomplished singer-songwriter…my listening habits before even being a teenager means “Bad Bad Leroy Brown” is most familiar to me. How many here remember the chorus?:

The baddest man in the whole [darn] town

And meaner than a junkyard dog3

[Yes, I did do a substitution with one word. ☺]

Jim Croce’s song that does speak to time is perhaps one of the greatest love songs ever…”Time in a Bottle”:

If I could save time in a bottle

Is to save every day

Till eternity passes away

Just to spend them with you4

The verses following those are even more poignant..

Strangely enough…a verse in Ecclesiastes allows us to bring 60’s and 70’s pop music, The Merriam-Webster Dictionary of Quotations, and the Bible together. Do you know what that verse is?

Merriam-Webster gave it as this: “To every thing there is a season, and a time to every purpose under heaven.”5

In 1965, the Byrds went to #1 with their remake of Pete Seeger’s “Turn! Turn! Turn! (To Everything There is a Season). It starts off with: “To everything, turn turn turn, there is a season, turn turn turn, and a time to every purpose under heaven.” The song then, in a somewhat modified order (and with some repetition), continues to include almost every portion of Ecclesiastes 3:1-8:

For everything there is a season, and a time for every matter under heaven:

a time to mourn, and a time to dance;

5 a time to cast away stones, and a time to gather stones together;

a time to embrace, and a time to refrain from embracing;

a time to keep, and a time to cast away;

a time to keep silence, and a time to speak;

For all the concerns we might have with some of the jaded sayings Solomon shared in Ecclesiastes, we cannot question the wisdom or beauty of that passage. Can you think of a more beautiful way to teach that we need to make sure we are doing the proper things at the proper times?

But, that isn’t all that we can learn from Ecclesiastes when it comes to time, and we’ll use that book’s teachings as the framework for the rest of this sermon. Let’s continue with the next three verses:

9 What gain has the worker from his toil? 10 I have seen the business that God has given to the children of man to be busy with. 11 He has made everything beautiful in its time. Also, he has put eternity into man’s heart, yet so that he cannot find out what God has done from the beginning to the end (Ecclesiastes 3:9-11)

“He has made everything beautiful in it’s time” and “he has put eternity into man’s heart.” The first seems to be a continuation of the thoughts in verses 1-8…but, as I’ve mentioned before to some of you, “he has put eternity into man’s heart” confirms for me that God has given us a desire to live forever. And, wouldn’t we all agree that no one in their right mind seems to want to cut their life short–that all of us instinctively try to get out of life-threatening situations (“fight or flight”)?

Although not the purpose of this sermon, I would like to note that when someone does commit suicide it indicates there may be a medical reason that natural desire for eternity is overwhelmed…so no, “suicide” does not translate to “damned.” God is compassionate and knows all…including the pain and heart of those who choose to leave us at their own hands.

Getting back to our teacher in Ecclesiastes, let’s review verses 12 through 17:

12 I perceived that there is nothing better for them than to be joyful and to do good as long as they live; 13 also that everyone should eat and drink and take pleasure in all his toil–this is God’s gift to man.

We learn a couple things about time from that quote. First, God is not limited by time–whatever He “does endures forever” and “that which is, already has been; that which is to be, already has been”…sure seems like a way of speaking of an infinite being outside of time…although it is more likely another way of saying, “There is nothing new under the sun” or “History repeats itself.” The Holman Christian Standard Bible translates verse 15 as, “Whatever is, has already been,  and whatever will be, already is. God repeats what has passed.” That version makes it clear who is ultimately in control of time.

But, perhaps for us humans the most important point made by Solomon in that section is that one of the things “there is a season” for is the Judgement. For man, Hebrews makes it clear when that is:

27 And just as it is appointed for man to die once, and after that comes judgment, 28 so Christ, having been offered once to bear the sins of many, will appear a second time, not to deal with sin but to save those who are eagerly waiting for him (Hebrews 9:27-28).

That reference is especially interesting when combined with some of Jesus’ words about His return in Matthew 16:27:

27 For the Son of Man is going to come with his angels in the glory of his Father, and then he will repay each person according to what he has done.

For man…when we die it is our season to be judged…with final repayment at Jesus’ return.

There are no second chances. There is no Purgatory. You only get one shot at life and salvation.

Something we all should take time to consider…

Now…when I was researching this sermon I intended to go through all the verses in Ecclesiastes that spoke of time…but to save time…we’ll wrap up with two that connect us back to our initial verses in Ephesians.

11 Again I saw that under the sun the race is not to the swift, nor the battle to the strong, nor bread to the wise, nor riches to the intelligent, nor favor to those with knowledge, but time and chance happen to them all. 12 For man does not know his time. Like fish that are taken in an evil net, and like birds that are caught in a snare, so the children of man are snared at an evil time, when it suddenly falls upon them (Ecclesiastes 9:11-12).

Remember Paul’s council to “[make] the best use of the time, because the days are evil”? Solomon gives us additional insight into that expression by reminding us that in an “evil time” “man does not know his time.” At any point we could suddenly be no longer able to accomplish that which we are able to today…or…even worse…our time could be up.

How we should be using our time…

So…how should we be spending our time? For those who are saved, Jesus made it clear what He expects out of us:

16 Now the eleven disciples went to Galilee, to the mountain to which Jesus had directed them. 17 And when they saw him they worshiped him, but some doubted. 18 And Jesus came and said to them, “All authority in heaven and on earth has been given to me. 19 Go therefore and make disciples of all nations, baptizing them in the name of the Father and of the Son and of the Holy Spirit, 20 teaching them to observe all that I have commanded you. And behold, I am with you always, to the end of the age” (Matthew 28:16-20).

We Christians should be, in great measure, spending our time sharing the good news with others so that when their time runs out they are prepared for the time of judgement.

What about non-Christians? What does the Bible say they should be doing with their time?

“The times of ignorance God overlooked, but now he commands all people everywhere to repent…”

God’s expectations for what the unsaved should do with their time is pretty clear, isn’t it?

On that fateful day…

September 20, 1973 was just like any other day for Jim Croce. After wrapping up a concert at Northwestern State University, he climbed on a plane to head to Sherman, Texas in order to perform at Austin College.

One can only imagine how he, the pilot, and four other passengers experienced their last moments after their Beechcraft E18 failed to clear a pecan tree at the end of the runway. All of them died instantly less than an hour after Jim had heard the last cheers of the concert goers.6

Jim Croce was able to write great songs and entertain with the best of them, but he was not able to put “time in a bottle”…and…

“Like fish [he was] taken in an evil net, and like birds [he was] caught in a snare, so [he was] snared at an evil time, when it suddenly [fell] upon [him].” As the Bible predicted, without warning his time was up…and he faced judgment.

I do not know how Jim fared when his evil day arrived. He is quoted as once saying, “I’m no missionary and I can’t wear any armor, either. I just gotta be the way I am.”7

But I do know that if on that fateful day he was “just the way he was” and not wearing the robe Christ’s righteousness, it was a truly evil day for him–and even infinite time cannot change that.

I also know that we can learn, from his experience and the Bible, that we can never assume we have more time.

So I ask you…Christian…and non-Christian…

How should you be spending your time?

Where will you be spending your time in eternity?