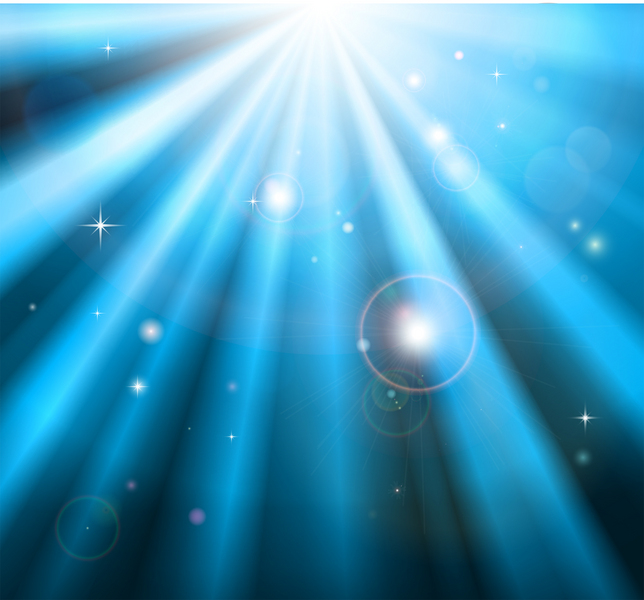 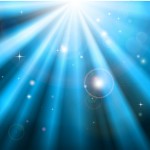 During times like these…when the loss of a couple saints is so fresh in our minds…it is good to slow down a bit…put this world behind us…and think beyond the limits of what we can see…even with the most powerful telescope.

So, let’s leave this earth and take a look at heaven. Considering (per John MacArthur in his book titled Heaven) “the Bible refers to heaven approximately 550 times” it would seem a pretty a valuable excursion to take, wouldn’t it?

Now that we know the biblical words for heaven…that I can’t pronounce correctly ☺, are you ready to climb aboard the scriptural school bus and take a field trip to heaven?

The first question we should probably answer is, “What is heaven?”

In trying to answer this, let’s look at a somewhat curious scripture, 2 Corinthians 12:2-4:

The reference is curious since Paul appears to be saying there are multiple levels of heaven; Mormons read this as support for their belief in Telestial, Terrestial, and Celestial kingdoms of glory in heaven. The better you are, the higher you get.

But, not surprisingly, they are wrong…and the reason I include this Scripture is because to answer the question, “What is heaven?” we actually have to first answer, “Which one?” In his Study Bible MacArthur explains what Paul is really saying here:

We are going to concern ourselves with “the abode of God”…

(Before we do that…it probably worth mentioning another reason that Scripture is a bit odd…it is commonly believed that the “man in Christ” Paul refers to is himself…why it was in the third person we cannot know.)

And MacArthur has given away one of the best answers to “What is heaven?” is “the abode of God.” How do we know? Let’s quickly review a couple quotes:

15 Look down from your holy habitation, from heaven, and bless your people Israel and the ground that you have given us, as you swore to our fathers, a land flowing with milk and honey’ (Deuteronomy 26:15)

Where does God look down from? [ Heaven ]

Who did Stephen, just before his death, see in Heaven? [ God…and Jesus ]

And we could find more references…but heaven is God’s home.

Can folks name the second inhabitant of heaven?

That’s right…heaven is the home for the “good” angels…or perhaps more like “home base” since they do seem to spend some time helping us out her on earth.

There are also scriptures that imply some other pretty fascinating beings may inhabit heaven (for example, the “four living creatures” of Revelation 4)…but I can’t say for sure…and I suspect you, like me, have a bit more personal interest in the last inhabitant I’d like to bring up.

Yes, heaven is the abode of God, the good angels, and the saved.

Of you and me…

Now that we have a bit of an understanding of what heaven is…what is it like? I don’t know about you folks, but a rather long reference has always weighed heavily on my picture of our future home…and it’s guaranteed I am going to mess up quite a few pronunciations ☺…

9 Then came one of the seven angels who had the seven bowls full of the seven last plagues and spoke to me, saying, “Come, I will show you the Bride, the wife of the Lamb.” 10 And he carried me away in the Spirit to a great, high mountain, and showed me the holy city Jerusalem coming down out of heaven from God, 11 having the glory of God, its radiance like a most rare jewel, like a jasper, clear as crystal. 12 It had a great, high wall, with twelve gates, and at the gates twelve angels, and on the gates the names of the twelve tribes of the sons of Israel were inscribed– 13 on the east three gates, on the north three gates, on the south three gates, and on the west three gates. 14 And the wall of the city had twelve foundations, and on them were the twelve names of the twelve apostles of the Lamb.

15 And the one who spoke with me had a measuring rod of gold to measure the city and its gates and walls. 16 The city lies foursquare, its length the same as its width. And he measured the city with his rod, 12,000 stadia. Its length and width and height are equal. 17 He also measured its wall, 144 cubits by human measurement, which is also an angel’s measurement. 18 The wall was built of jasper, while the city was pure gold, clear as glass. 19 The foundations of the wall of the city were adorned with every kind of jewel. The first was jasper, the second sapphire, the third agate, the fourth emerald, 20 the fifth onyx, the sixth carnelian, the seventh chrysolite, the eighth beryl, the ninth topaz, the tenth chrysoprase, the eleventh jacinth, the twelfth amethyst. 21 And the twelve gates were twelve pearls, each of the gates made of a single pearl, and the street of the city was pure gold, transparent as glass.

22 And I saw no temple in the city, for its temple is the Lord God the Almighty and the Lamb. 23 And the city has no need of sun or moon to shine on it, for the glory of God gives it light, and its lamp is the Lamb. 24 By its light will the nations walk, and the kings of the earth will bring their glory into it, 25 and its gates will never be shut by day–and there will be no night there. 26 They will bring into it the glory and the honor of the nations. 27 But nothing unclean will ever enter it, nor anyone who does what is detestable or false, but only those who are written in the Lamb’s book of life.

Now, how’s that for a place for the the rooms Jesus is preparing for us?!

Personally I don’t think heaven has streets of pure gold…or a height of 1,380 miles (12,000 stadia)…instead I think God is giving us a tremendous word picture to let us know we just can’t imagine how great it is going to be…or as Paul stated:

“What no eye has seen, nor ear heard,

nor the heart of man imagined,

what God has prepared for those who love him”– (1 Corinthians 2:9)

We cannot imagine what God has prepared for us!…although I do think we can learn from “a little city girl was in the country for the first time and saw the night sky. ‘Oh, mother, if heaven is so beautiful on the wrong side, what must it be like on the right side!’” [ Tan, P. L. (1996). Encyclopedia of 7700 illustrations : A treasury of illustrations, anecdotes, facts and quotations for pastors, teachers and Christian workers. Garland TX: Bible Communications. ]

If what we can “see” of heaven is so great, imagine what the real thing will be like!

As usual the limitations of time mean I can’t discuss even half of what I found in my research last night…but I do want to touch on something I think that is more important than the physical aspect of heaven.

21 Then I saw a new heaven and a new earth, for the first heaven and the first earth had passed away, and the sea was no more. 2 And I saw the holy city, new Jerusalem, coming down out of heaven from God, prepared as a bride adorned for her husband. 3 And I heard a loud voice from the throne saying, “Behold, the dwelling place of God is with man. He will dwell with them, and they will be his people, and God himself will be with them as their God. 4 He will wipe away every tear from their eyes, and death shall be no more, neither shall there be mourning, nor crying, nor pain anymore, for the former things have passed away.”

I don’t know about you…but as for me I am pretty happy with the earth God created for us…and I’m sure that the new earth will be even better. I don’t need streets of gold, jewels all over the walls, etcetera…

But what mars my happiness here is death and mourning, crying and pain…and God has promised to do away with all of that in heaven…He will wipe away our tears (Revelation 7:17; Isaiah 25:8).

And…I don’t know if you noticed, but the New Jerusalem was “coming down out of heaven from God”…which would imply we will be back on earth instead of staying in heaven.

A Building In Heaven

I’d like to close my sermon with a poem by an unknown author…I’m not even sure what the title is:

On the city not built with hand,

To build in that happy land.

Where streets are all paved with gold.

With a clear view of the pearly gates

Where Christ takes care of the soul.

I want to send good material

That will stand the test of time,

So I’ll not be disappointed

When I reach that home sublime.

Prayer is for the foundation,

Faith and love for the walls,

Good deeds for the reinforcement,

That will stand when the Saviour calls.

In that city so divine–

Maybe just across the street

Or your home close to mine.

Up there we will know no sorrow,

Tears will never dim the eyes.

There we will rest in peace forever

In that happy home on high.

So my friends, start to building

Your home beyond the sky

Where we can all be together

In the sweet by and by.