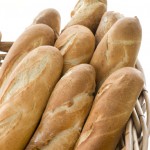 Do you know the one miracle that all four Gospels record?

Right, the miracle of feeding the 5,000 with five loaves and two fish.

A Commentary, Critical and Explanatory, on the Old and New Testaments says it nicely:

Here, for the first time, all the four streams of sacred text run parallel. The occasion and all the circumstances of this grand section are thus brought before us with a vividness quite remarkable.

30 The apostles returned to Jesus and told him all that they had done and taught. 31 And he said to them, “Come away by yourselves to a desolate place and rest a while.” For many were coming and going, and they had no leisure even to eat. 32 And they went away in the boat to a desolate place by themselves. 33 Now many saw them going and recognized them, and they ran there on foot from all the towns and got there ahead of them. 34 When he went ashore he saw a great crowd, and he had compassion on them, because they were like sheep without a shepherd. And he began to teach them many things. 35 And when it grew late, his disciples came to him and said, “This is a desolate place, and the hour is now late. 36 Send them away to go into the surrounding countryside and villages and buy themselves something to eat.” 37 But he answered them, “You give them something to eat.” And they said to him, “Shall we go and buy two hundred denarii worth of bread and give it to them to eat?” 38 And he said to them, “How many loaves do you have? Go and see.” And when they had found out, they said, “Five, and two fish.” 39 Then he commanded them all to sit down in groups on the green grass. 40 So they sat down in groups, by hundreds and by fifties. 41 And taking the five loaves and the two fish he looked up to heaven and said a blessing and broke the loaves and gave them to the disciples to set before the people. And he divided the two fish among them all. 42 And they all ate and were satisfied. 43 And they took up twelve baskets full of broken pieces and of the fish. 44 And those who ate the loaves were five thousand men.

However…the focus of my sermon isn’t this miracle…it is what follows (as recorded by Matthew, John, and Mark…but especially something Mark noted)…

Let’s continue where we left off with Mark:

45 Immediately he made his disciples get into the boat and go before him to the other side, to Bethsaida, while he dismissed the crowd. 46 And after he had taken leave of them, he went up on the mountain to pray. 47 And when evening came, the boat was out on the sea, and he was alone on the land. 48 And he saw that they were making headway painfully, for the wind was against them. And about the fourth watch of the night he came to them, walking on the sea. He meant to pass by them, 49 but when they saw him walking on the sea they thought it was a ghost, and cried out, 50 for they all saw him and were terrified. But immediately he spoke to them and said, “Take heart; it is I. Do not be afraid.” 51 And he got into the boat with them, and the wind ceased. And they were utterly astounded, 52 for they did not understand about the loaves, but their hearts were hardened.

For they did not understand about the loaves…

They had not understood about the loaves. They were stubborn.

52 because they had not understood the real meaning of the feeding of the 5,000; their minds could not grasp it.

52 They didn’t understand what he had done at the supper. None of this had yet penetrated their hearts.

52 They did not understand about the miracle of the five loaves, because their minds were closed.

52 for they still didn’t understand the significance of the miracle of the loaves. Their hearts were too hard to take it in.

My favorite version, however, is the good old King James version, going back to verse 51.

51 And he went up unto them into the ship; and the wind ceased: and they were sore amazed in themselves beyond measure, and wondered. 52 For they considered not the miracle of the loaves: for their heart was hardened.

They were “sore amazed”

The same commentary I quoted from before notes that…”the Evangelist seems hardly to find language strong enough to express their astonishment.”

However, our concern is more with why they were “sore amazed”…

More than just being thick

(6:52) They considered not the miracle of the loaves. The verb is suniēmi (συνιημι) “to set or bring together, to set or join together in the mind,” thus “to understand.” The literal Greek is; “They did not join together on the basis of the loaves.” That is, when considering the miracle of Jesus walking on the water, they did not reason upon the basis of the miracle of the feeding of the five thousand. They should have reasoned that if our Lord had the supernatural power to feed five thousand people by multiplying five loaves and two fish, He could also exert that supernatural power to quiet the wind, still the sea, and walk on the surface of water.

For their heart was hardened. The verb is pōroō (πωροω), in the passive “to grow hard or callous, become dull, lose the power of understanding.” The word “heart” here refers to the entire inner man, his reason, affections, will.

The second word “for” is the translation of alla (ἀλλα), a strong adversative conjunction. It could best be translated here “in fact.” “Was hardened” is a periphrastic perfect, emphasizing a settled state of dullness, callousness, and lack of understanding.

Translation. For they did not reason upon the basis of the loaves. In fact, their heart was in a settled state of callousness.

Perhaps Wuest is being a bit harsh…but it does seem hard to believe that after converting 5 loaves and 2 fish into a quantity of food that was more than 5,000 men (along with who knows how many women and children) could eat…why should they be “sore amazed” that Jesus could also calm the wind?

Once you accept one miracle, does it make sense you would then limit God to what other kinds of miracles He can accomplish?

However, for whatever reason, “they did not understand the loaves.”

One online sermon said Jesus did 37 “specific” miracles [ http://www.calvarybible.org/node/517 ]…Every Miracle in the Bible lists 34 “Miracles performed by Jesus”–assuming I can still count ☺

That is a whole bunch, and we know from John that we don’t have a complete list because…”Now ​there are also many other things that Jesus did. Were every one of them to be written, I suppose that r​the world itself could not contain the books that would be written” (John 21:25).

If you go through the Gospels you see…

But only one miracle rated mention by all four Gospels? Why?

We’ll get to ask Him ourselves in heaven, but my guess is that it has to do with how fundamental a need food is. I tell people things are good because I have food on the table, clothes on my back, and a roof over my head–but out of all of those food (and water) are really the only thing I need as long as it’s not the middle of winter.

That is, I could have conditions where I could survive outdoors and naked (sorry for that mental picture)…but I will always need food and water.

The feeding of the 5,000 is perhaps the greatest reminder that Jesus always can provide us with what we really need…and, I believe…a reminder of how He cares for us at the most basic level. I think back to when Jesus brings the ruler’s daughter back to life…quite a feat…and once she stood up told her parents “to give her something to eat” (Mark 5:43).

There is actually one more miracle that is even more universal for Christians than food:

Forgiveness leading to salvation is a miracle!

And we know the “Son of Man has authority on earth to forgive sins” (Mark 2:10).

Do you understand the Loaves?

Are your bills piling up and you don’t know how you are going to ever dig out?

Understand the loaves–Jesus will always make sure you have what you really need–and cares!

Have you lost someone special, and don’t know how you are going to go on?

Understand the loaves–Jesus weeps with you (remember the story of when Lazarus was raised).

Do you have some disease, and don’t know how it is ever going to be cured?

Understand the loaves–Jesus will either cure you or bring you to the place He has prepared for you (John 14:3).

And I could go on…but most importantly…

Do you think that you have fallen so far–done so much wrong–that there is no way that God can forgive you?