A little earlier this year Rob Bell, the popular founding pastor of Mars Hill in Grandville, Michigan, set off a bit of a web explosion by releasing a video trailer promoting his soon-to-be-released (at that time) book, Love Wins. The video didn't specifically say anything heretical, but it implied quite a bit in its questions and statements. For instance:

"Will only a few select people make it to heaven? And will billions and billions of people burn forever in hell?"

"What you discover in the Bible is so surprising, unexpected and beautiful that whatever we've been told or taught the good news is actually better than that. Better than we can ever imagine. The good news is that love wins."1

Even in those few, separate quotes you can sense some fundamental orthodox Christian doctrines being questioned. The blogosphere rightly questioned whether his new manuscript was going to promote universalism, pluralism, and a lack of an eternal punishment (i.e. hell). The response was quick and harsh, as was the counter-reaction. One side immediately called Bell a heretic, the other side, just as judgmentally, condemned people for speaking up before the book was even on store shelves.

END_OF_DOCUMENT_TOKEN_TO_BE_REPLACED

I have been the webmaster for a religious publisher since 1998, so I get email with questions now and then. Generally I point them to our e-mail discussion group, but today I got a query I figured I’d go ahead and try to answer myself. My response is below (minus names, correcting one tense, and removing a “[a]” in one of the verses that pointed to a footnote in that Bible). First, what she asked:

i have heard ______ say that Lucifer was also Jesus name..does he get that idea from the Hebrew or do you know if there is a direct quote somewhere in the bible 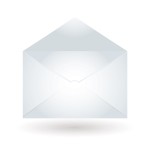 Although those thoughts were related to a scientific approach, it seemed to me that they were also completely applicable in the theological realm. Even though some spiritual concepts are "simple" to comprehend (or should be), Christians (especially our scholars) often spend the majority of their time trying to wrap the infinite with finite words. We want to be able to explain exactly how salvation works, how God is both three and one, how Jesus was 100% human and 100% divine—the list goes on ad infinitum. Although there is much that can be elucidated, frequently we seem to be trying to describe the indescribable. END_OF_DOCUMENT_TOKEN_TO_BE_REPLACED