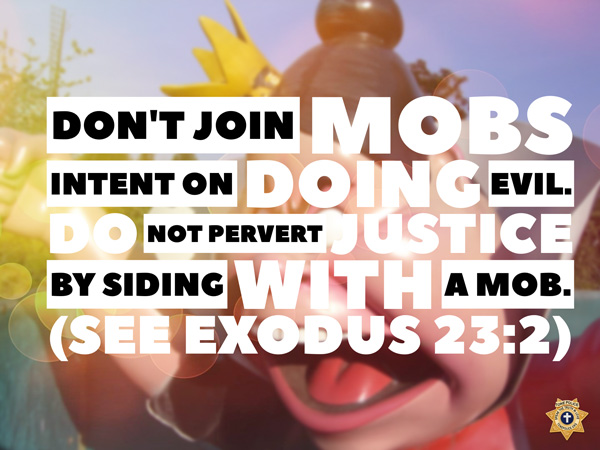 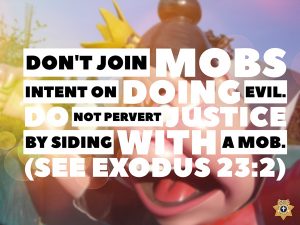 What Is a Mob?

What is a mob? How would you define it?

My Mac’s dictionary describes it as…

a large crowd of people, especially one that is disorderly and intent on causing trouble or violence: a mob of protesters.

You can see that it technically can just be “a large crowd of people”…but I think we’ve all been within large crowds that we wouldn’t call a mob. For instance, when I saw The Police at Fenway Park, it was a large crowd, but it wasn’t a mob. Ditto for all the Red Sox games I saw there. 🙂

“Mob” generally has a negative connotation, doesn’t it? Even if we drop “especially one that is disorderly and intent on causing trouble or violence,” “mob” denotes a group of people intent on a purpose.

Beyond watching a concert or baseball game. 🙂 END_OF_DOCUMENT_TOKEN_TO_BE_REPLACED